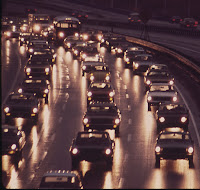 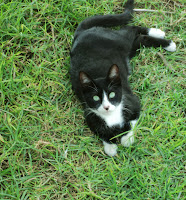 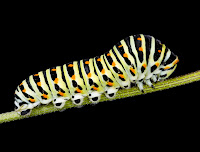 I’ve been away from this blog for far too long. I think it’s just been a little over a week, but it seems like a year. Teaching a class that starts early in the morning takes its toll, as does trying to make all of the changes that are happening with Olympic Orchids, plus the fact that we’ve transitioned from summer into winter while I’ve been silent.

Right now I feel like the caterpillar lying immobile in the pupa stage, everything on hold, waiting for things to happen as its body melts down and re-forms into something completely different. With new branding, new labels, new bottles, new boxes, and a new website coming soon, things are going to look very different, at least on the “retail” side.

There’s some evidence that butterflies can remember things they learned as caterpillars, so there’s carryover from one state to another, one body to another. The intention is that the old Olympic Orchids memory and way of doing things will carry over into the new, prettier Olympic Orchids embodiment. The single, awkward caterpillar body will grow two wings, the upscale retail website on one side and Perfume for the People on the other. With luck it will be able to fly.

The butterfly carries out its transformation in the privacy of its chrysalis, but mine is a little more exposed to public view. If, like the caterpillar, I had nothing else to do and could just lean back and enjoy the ride, it could all happen fairly systematically and efficiently. However, because I do it piecemeal, as I have time, new designs pop up and are mixed with old ones. Pages on the current website change, sometimes introducing mistakes. Some things are added and others are eliminated during the process of metamorphosis. 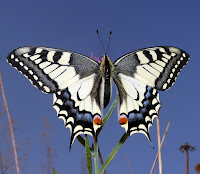 I’ve been going over sales figures to see if there are any fragrances that have been consistently poor sellers. The only one that obviously falls in that category is Fleurs de Glace, which I’ve decided to discontinue. I’ve put the current stock on sale, and once it’s gone, it will be relegated to the limbo of discontinued perfumes. If you want some, now is the time to get it. At a good price, too.

I also decided to change the name of A Midsummer Day’s Dream to a shorter one that will fit neatly on a bottle. After its makeover, it will be called Elektra. We brainstormed long and hard on names associated with figs, Shakespeare, and the summer solstice, but the best idea we came up with was the association of amber (the fragrance base) with the property of amber (the fossil/gemstone) as a generator of static electricity. Putting that together with the story of Electra, which originated in a Mediterranean country where figs grow, we came up with a short, catchy name that looks nice on a label. The juice will be the same as before, just under a new name. The old Midsummer Day’s Dream stock is also on sale until it’s gone.

WINNERS OF THE DRAWING AND A BREATHER

First things first. The winners of the random drawing are:

Because Nadja wins all of my drawings (I swear the drawings are totally random!) I picked a third winner: 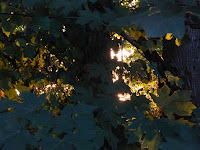 This past week I’ve been pretty much buried under teaching, trying to keep up with shipping, and planning for our fall theatre production. The fall rains have swept in with a vengeance, a month or two early, making my early morning commutes miserable. The only bright side of the unusual weather is that plants I thought were dead and mummified have suddenly revived and are growing at a ridiculous rate. The fall crocuses appeared overnight, and are gorgeous. The peppers and tomatoes are getting a second wind, and the second fig crop is well on the way to ripeness. This weekend gives me a short breather before class continues next week.

The days are getting shorter, and the sun is lower in the sky. It’s sad to see summer end, but exciting to have a new year begin, with all the changes I have planned.

[Lottery machine photo from Wikimedia. The big leaf maple is mine.]
Posted by Doc Elly at 9:36 AM 5 comments: