First things first. The winner of the Bad Birds drawing is YUKI.
Please contact me with your complete shipping address at olympicorchids at gmail dot com or by PM on Facebook.

The announcement of the latest random drawing winner was delayed due to my old car breaking down beyond repair and the scramble to find a replacement before I have to start commuting to the university again. One of these days, in the far distant future, we are supposed to have functional public transportation where we live (assuming all goes well), but for now I have to drive. 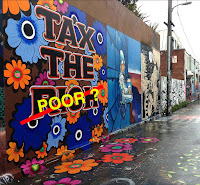 The outcome of the process was a nice “new” car, but the search for one and the bureaucratic paperwork associated with the sale took a lot of time. The whole transaction brought up a question that I’ve had for a long time. In addition to the cost of the car, the cost of the title transfer and registration paperwork, there was sales tax. I was not the first owner of the car. In fact, there had been two owners before me, each of whom presumably paid sales tax when they purchased it. This means that the state has collected tax on the same item three times.  Somehow the triple-dipping seems illogical, if not unethical. On a smaller scale, our local thrift store also charges sales tax on used items. Taxing of used clothing and household goods seems like the ultimate regressive tax on people who have minimal resources.

Now that the car problem is solved from a practical point of view, we will be taking off soon for a two-week vacation in Aruba. This will be the third year that we have actually taken a real vacation, going somewhere far away from home and spending an extended time without our laptops and phones. That’s not quite true – if I can get wi-fi, I check e-mail on my phone once a day and deal with anything urgent, but that’s it. I’m putting up notices on my websites saying that orders placed before 13 August will not ship right away, and giving a small discount to compensate for the delay, and have already set up my automatic “out of the office” messages to start at the end of the week. Needless to say, I won’t be posting here while I’m gone.

Nevertheless, I will start a new contest, with the usual goodies – 100 grams of random perfume samples and a few miscellaneous larger fragrant items. To enter, just say what you think about charging sales tax on used items - justified or not?. The winner will be chosen by random drawing.

[Photos taken as is or adapted from Wikimedia] 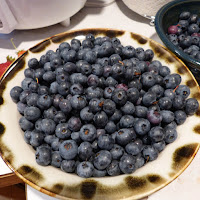 [The blueberry pic is mine. The others are from Wikimedia. The robins appear to have been photographed east of the Rockies, and are much slimmer, cuter, and more benign-looking than than the Seattle variety.]
Posted by Ellen at 1:50 PM 10 comments: 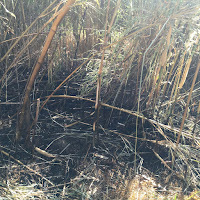 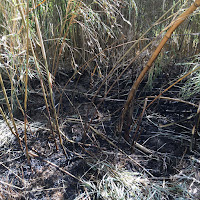 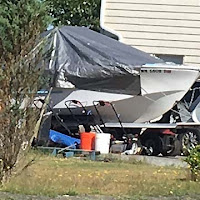 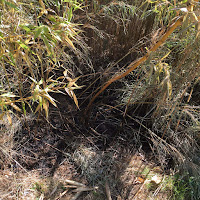