ARE SAMPLES BETTER THAN THE REAL THING? 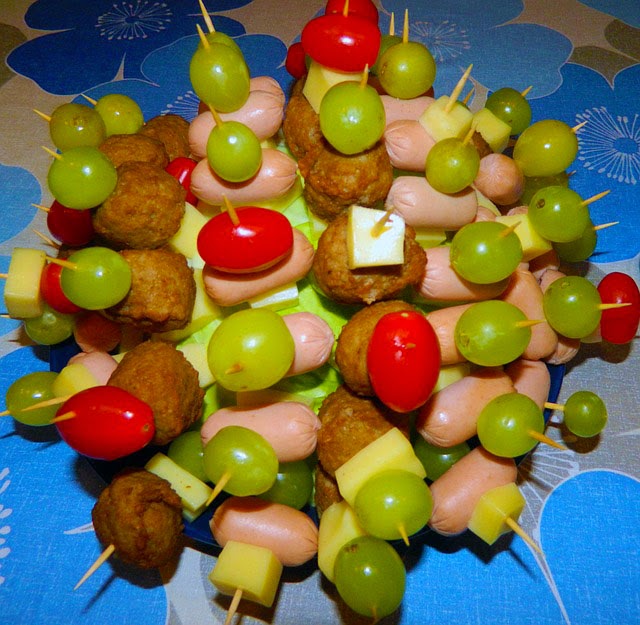 Have you ever had the experience of trying a sample of something, loving it, buying the full size version of whatever it is, and being terribly disappointed? It’s happened to me enough times to make me think that some samples are specially formulated to be better than the real product. It happens most often with skin-care products and cosmetics, less often with perfume, and less often still with food and beverages. 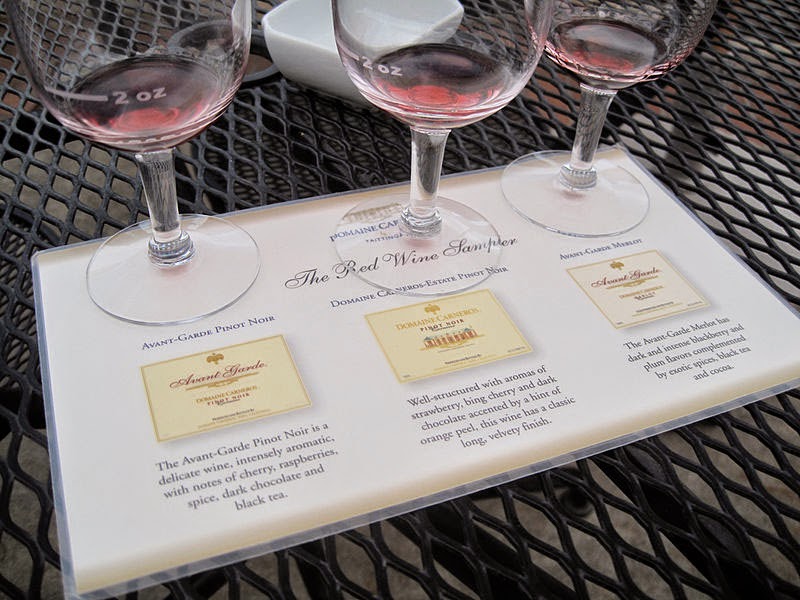 I can think of several benign explanations for the sample-was-better phenomenon. The first is what I’ll call “context enhancement”. If the sample was tried in a festive and/or upscale atmosphere that fits the nature of the product, it will make it seem unusually good. A fragrance sampled in an exclusive perfume boutique with a friendly and helpful SA will smell better than the same fragrance self-sampled in a discount warehouse store. The same goes for a wine tasted from a sparkling wineglass at a beautifully designed tasting room in the winery itself, presented by friendly and knowledgeable personnel versus the same wine self-tasted from a tiny plastic throwaway cup at Costco. Beautiful, congruent surroundings enhance the experience. We smell or taste what we see, hear and feel. When we get the full size home and experience it in familiar surroundings, it may well disappoint. 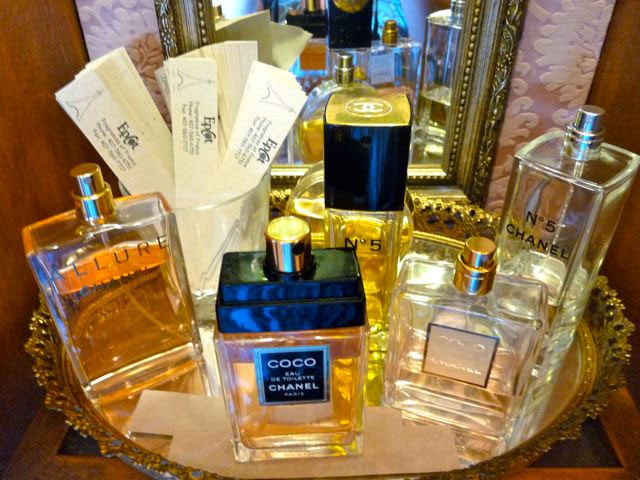 Then there’s the adaptation phenomenon. This may be especially relevant to skin-care products, which seem to be effective when first sampled, but then lose their effectiveness when used regularly. Homeostasis kicks in, and the skin becomes resistant to whatever the product is supposed to do. With a fragrance, our olfactory systems may well adapt to it after multiple uses closely spaced in time. With food or beverages, the novelty quickly wears off, and familiarity breeds contempt. 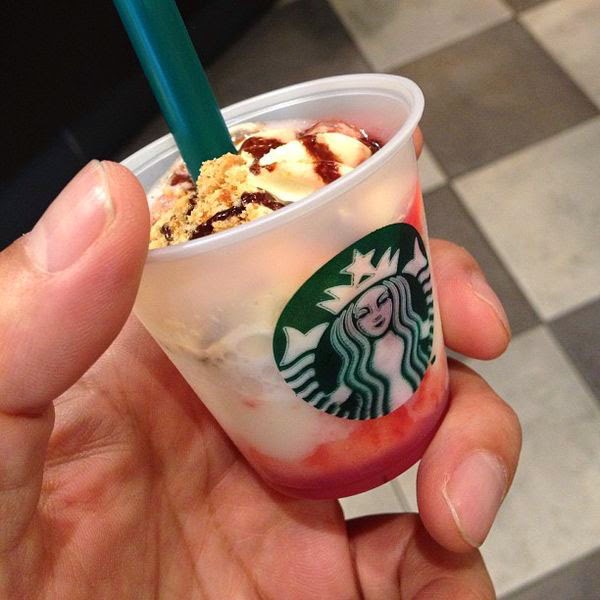 Then there’s the batch variability phenomenon. If you tried the 2010 wine and were sold the 2011 vintage, it’s not going to be the same as the sample. If you tried a sample of the original formula of a perfume but were sold a reformulated version, it most certainly will not be the same. Even without reformulation, natural materials vary from batch to batch, like vintages of wine, so there may be subtle differences from batch to batch of a perfume, skin care product, or food. It seems unlikely that these subtle variations would have a big impact on quality, but in some cases they might. 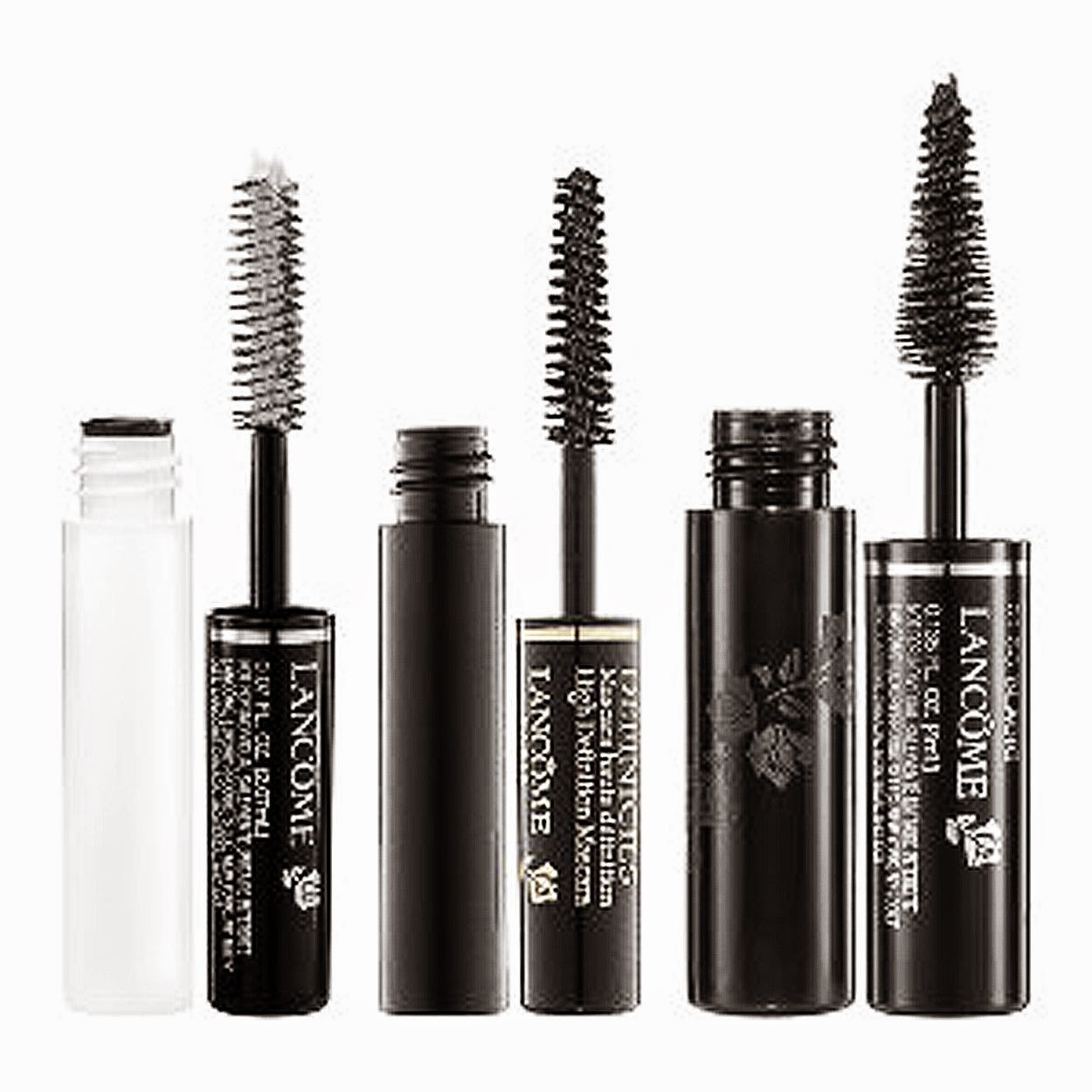 The less charitable explanation is that samples are actually different from the full-size product, designed to impress the person sampling so that they will spring for the big size. I’m pretty sure this is the case with some cosmetic products. The mascara that worked beautifully for months in sample form clumps horribly within a week of opening the full size. The skin cream sample that made my skin smooth and moist, is totally ineffective and even smells different when I buy the full size. One perfume in particular was lovely in sample form but horrible in full size. Why, oh why did I fall for the sample and buy a full bottle?

What is your experience with sampling? If you buy a full size, does it always live up to your expectations? If not, why not?

[All images from Wikimedia except mascara samples from an old page of a retailer's website]
Posted by Ellen at 1:48 PM 11 comments:

WINNER OF THE PERFUME ELIMINATION DRAWING 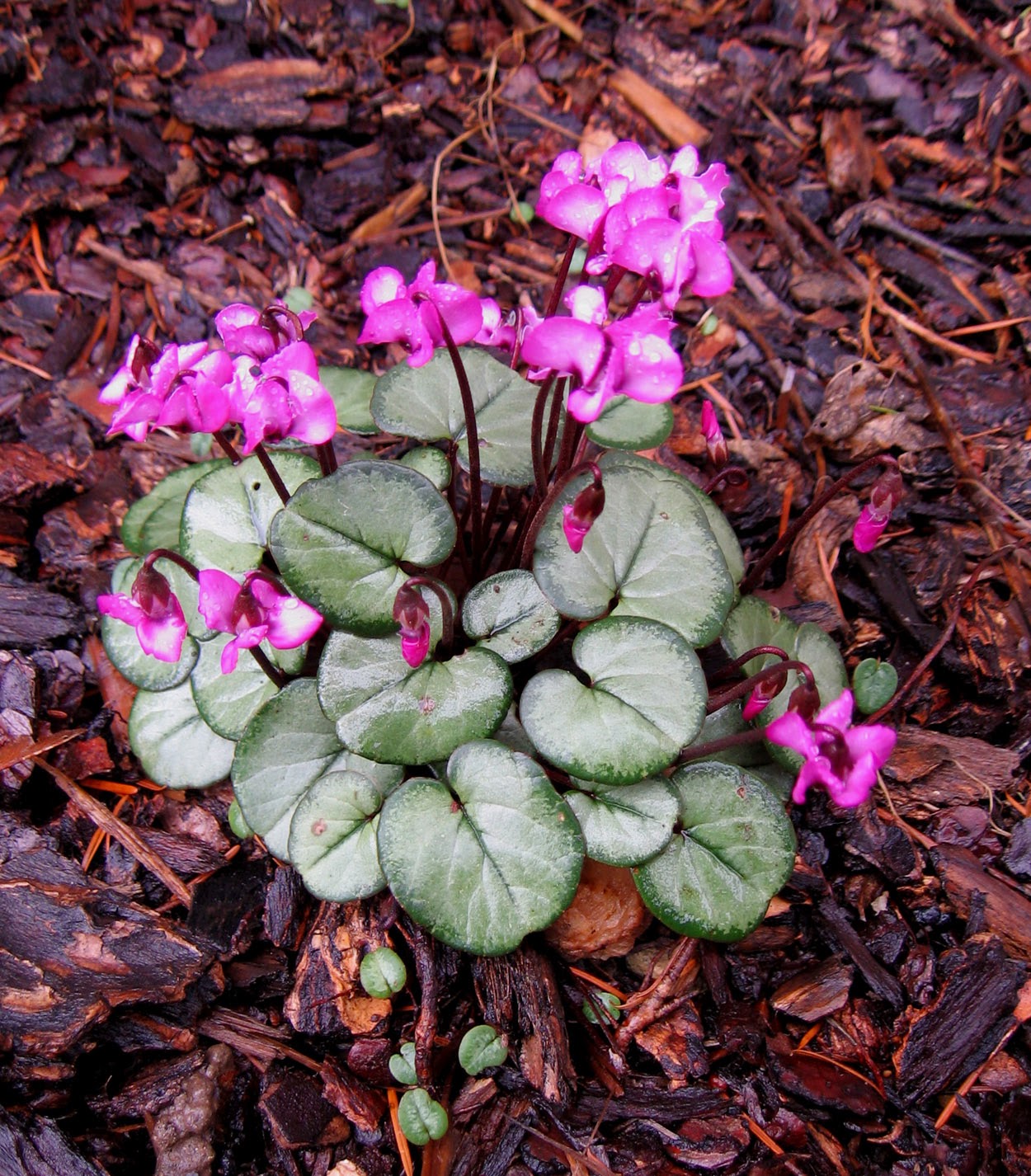 The random drawing has finally been performed, and the winner is:

Please send me an e-mail with your choice of fragrance, and your prize will be on its way to you. It’s a 5-ml travel spray.

[Cyclamen photo is mine, from my back yard]
Posted by Ellen at 8:02 AM No comments:

HAPPY SPRING TO ALL!

Finally I’m back from San Francisco, caught up with putting away all of the stuff that I had shipped to the Artisan Fragrance Salon and back again, grading students’ winter quarter papers, shipping orders from weeks past, spring-cleaning my e-mail message archives, performing remedial care on orchids and other plants that have been severely neglected, and generally recovering from an unusually hectic quarter. For the first time I can remember, I don’t have to be anywhere at a specific time today. 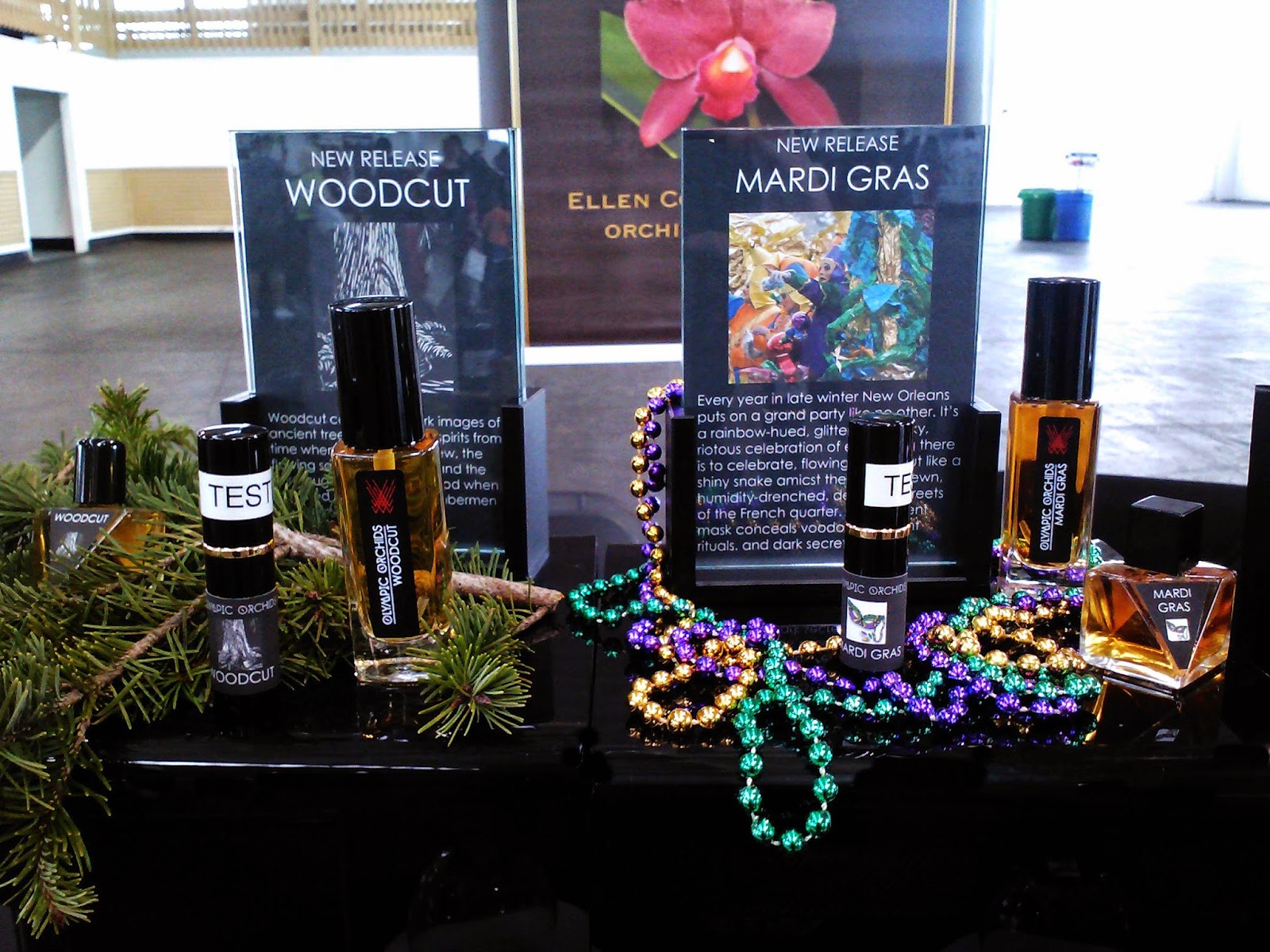 It’s officially spring, the trees are putting out their flowers and baby leaves, the spring garden flowers are all blooming, the bamboo is shooting, and the deciduous outdoor orchids are sprouting from the ground. I mailed out the spring “Scents of the Season” packs today.  Now to start thinking about summer ...

Last weekend I held my first perfume-making class, for a bridal party, in a format that I have decided to call “perfume in an hour”. I had everything pre-diluted (and pre-filtered if it needed it), in dropper bottles. The participants smelled a variety of materials that I’d chosen as being at least somewhat compatible, tested them together on paper, made adjustments as needed and, once they found a combination that they liked, put everything together and filled a spray bottle with their creation. It was great fun to watch the participants work, and I was impressed by the fact that everyone ended up making a really good fragrance. They came up with some creative names for their perfumes, too! I now have a portable kit of materials and supplies ready to go and will be adding these classes to my website soon.

I have a whole week before spring quarter starts at the university, and am looking forward to relaxing a little, playing catch up on everything, and maybe even making a little progress.

[All photos are mine. Perfume class photo used with participants' permission]

CULLING THE PERFUME HERD: WHO GOES, WHO STAYS? 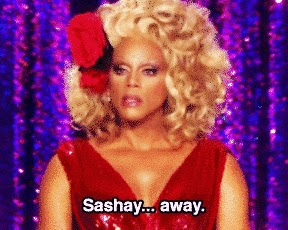 I imagine most readers of his blog have experienced having an overload of perfumes in their collection. We keep chasing after the latest, most amazing fragrance, our noses always quivering on the lookout for new thrills. Some objects of pursuit deliver on their promise; others don’t, but stick around anyway making our closets look like hoarder heaven. For me, it’s not just perfume bottles and samples – I have way too many cosmetics, clothes, shoes, plants, books, jewelry-making supplies, and other things.

I think humans are collectors by nature, keeping stashes of stuff around in case of a shortage, but we’re also fickle consumers, firmly believing that the grass is greener somewhere else and the newest perfume will be better than the old ones we already have. The result is cluttered drawers, closets, cupboards and, as it turns out, websites.

We perfumers are in the awkward position of being expected to make creations that are good enough to persist and become classics, but at the same time we are expected to constantly come up with new fragrances and release them on a regular basis. In biochemistry, there is a phenomenon called “product inhibition” in which the product of a synthetic reaction feeds back on the system and prevents further production. At some point in perfume-making there is a crossover between production of new fragrances, what the perfume-maker can effectively manage, and what customers looking at a website or store display can cognitively process before becoming overwhelmed by the selection.

I’m sure we have all visited websites where there was such a bewildering array of different products that we ended up not wanting to buy anything simply because we did not want to take the time or put out the energy needed to review everything and make an informed choice (BPAL, I’m looking at you). As a perfumer with online shops, I like to keep the choices broad enough to be intriguing, but limited enough to be manageable. I feel like I’ve reached that crossroads point where some fragrances have to go to make room for other things.

My web-hosting platform can do an analysis of sales of all products over any time period that I specify, so I did the analysis to find out which fragrances were lagging behind in sales. Several were consistently low on the list, with Little Stars placing last or near-last throughout the 5 years that I’ve been in business. I’m not particularly fond of this one myself, so maybe the low sales were due to insufficient promotion on my part, but I’m not going to try to second-guess the reason. I had originally conceived African Orchid as a replacement for Little Stars in the orchid floral line, so I don't feel too bad about discontinuing Little Stars. I plan to do so in the near future, selling off my current supply at discounted prices. 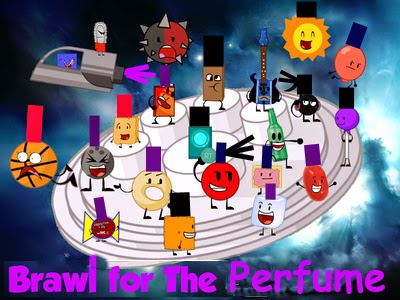 Another fragrance with consistently low sales is Javanica, but I’m more on the fence about this one. Discontinuing two orchid fragrances at the same time would weaken that line, although I could easily produce another, better (in my opinion) orchid-themed floral to replace Javanica.

Cast your votes for “eliminate” and “keep” (one each) in the comments section and be entered in a worldwide drawing for a 5-ml spray of the fragrance of your choice along with some other random goodies.