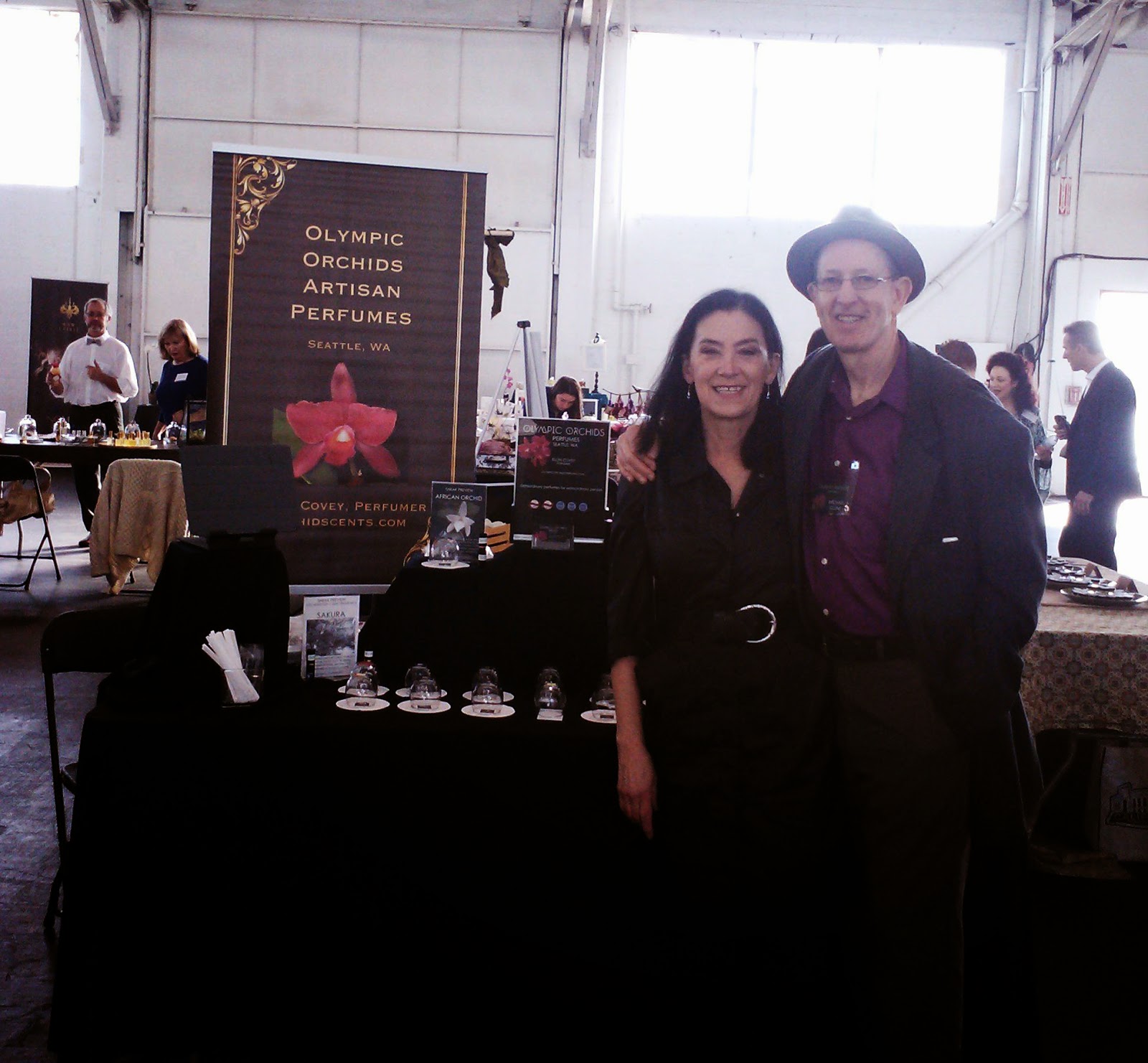 The Artisan Fragrance Salon in San Francisco was a lot of work, but it was fun to mingle with perfumer colleagues old and new, serious perfumistas, and perfume-naïve drop-ins from the chocolate show. Michael and I were both busy from the time we got there until load-out time except for the few minutes that we each took to go do a whirlwind sampling of the chocolates, wines, and spirits that were there for the tasting.

The standout in the foodie area was a company from San Leandro, CA called The Tea Room. They make what they call “chocolate fusion” products that combine quality chocolate with various kinds of teas. My favorite was the lapsang suchong chocolate, in which the authentic smoky taste of the tea combined perfectly with dark chocolate. Unfortunately this flavor was sold out by the time I got there, so I couldn’t bring any home. What I did grab were some of the green Earl Grey chocolate bars, another delicious combination with plenty of bergamot flavor. Michael’s favorite was the raspberry rooibos. I also picked up a jasmine milk chocolate bar and a few more conventional flavors. Good stuff! 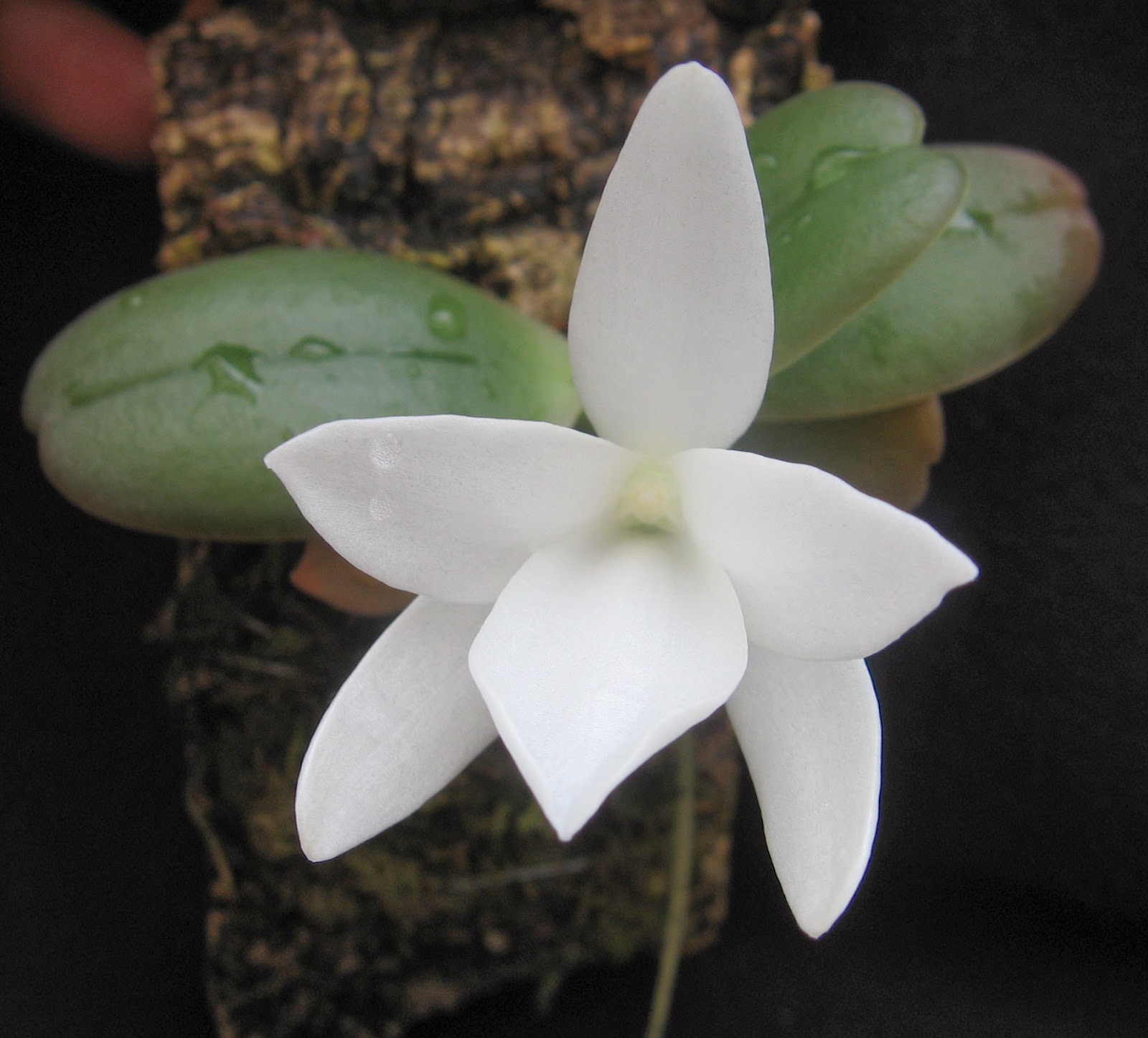 I’ve been working on some new fragrances and decided to bring two of them to the show to get feedback on what to do to finish them up. I was a little surprised to find that everyone seemed to like them just as they are, so maybe I should quit while I’m ahead and stop tweaking them. I already wrote about African Orchid, originally intended to be a replacement for Little Stars, but so different that it’s not at all comparable. It’s an exotic mix of jasmine grandiflorum, ylang-ylang, birch bark (for that characteristic root-beer note that the real orchid produces), a basic orchid accord that I originally made for another purpose, a little twist of passion fruit, some subtle spicy notes, and a sensuous mix of musks. Since the show I’ve worn it a few times and am fairly satisfied with it.

The second one was Sakura, the cherry-blossom fragrance that I wrote about some time ago. The goal in making Sakura was to create a light, minimally sweet fragrance that really smells like the cherry blossoms that bloom on a cold, damp day at the end of winter, with a very light floral scent accompanied by cool airy notes and just enough transparent musk to hold it all in place. It was a universal hit, appealing to the chocolate walk-by crowd as well as the true perfume-lovers. I took lots of e-mail addresses so that I can notify people when it’s released! 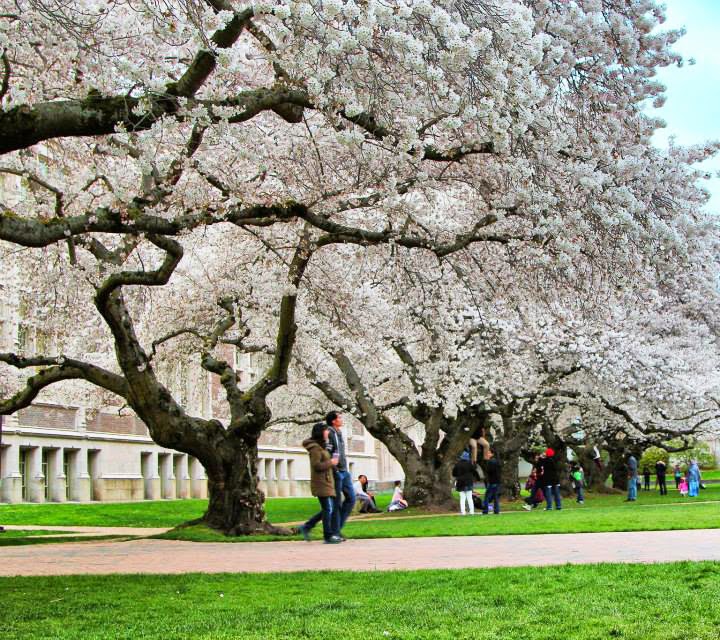 Cafleurebon is offering a draw for samples of African Orchid and Sakura, both scheduled to be released in April, so hurry over there and leave a comment before the entries close. While you’re there you can read a much more balanced account of the show than I can provide.

When I gave Michelyn the short list of notes in Sakura, she commented that it’s “good to keep it simple”. I had to laugh to myself because recreating the cherry blossom accord was not at all simple. In fact, it has a lot more ingredients than one might think. I didn’t want it to smell like any of the commercial “cherry blossom”, “plum blossom”, or “apple blossom” fragrances that are out there, always much too heavy, too perfumey, and too floral. I remember that when I was a kid my mother had an “apple blossom” fragrance that always gave me a headache. Sakura is as close to the real live blossoms as I could get and still have it work as a perfume. 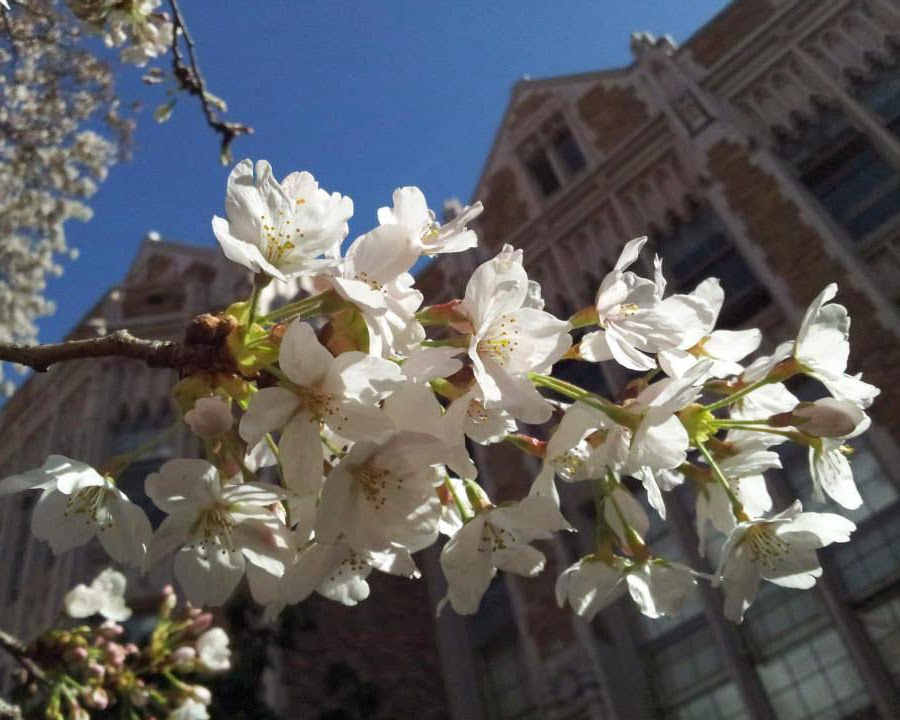 The Japanese cherry trees (sakura) are blooming all over Seattle this month, most notably on the university campus where there are many very old trees that put on an amazing show. In fact, they even have their own Facebook page where new photos of the cherry blossoms are posted every day so that one can follow their progress. Today they’re at 100%.

[Photo from San Francisco show is one that someone took on my phone. Chocolate variety from the Tea Room website; Aerangis fastuosa is my plant; cherry blossom photos are from the cherry trees' Facebook page]
Posted by Ellen at 7:28 PM