A few months ago, a television network interviewed me for a production about ambergris. They were looking to film a series on ambergris, including filming a group of people on a search for the elusive substance. While it sounded like fun, there were more problems brought up in the interview than ideas. It wasn’t the fault of the producers, though; there just isn’t much information out there. The US Government even has laws in place that are based on misconceptions about the substance. This isn’t just because it’s a rare and rarely studied material; it is part of the business strategy of the few professional ambergris collectors in the world. Like the fantastic origin stories told by Eastern merchants of the ancient spice trade, the mystery and legend largely preserve the value of ambergris.

Thanks to the investigative work by Christopher Kemp presented in his book Floating Gold, there is now some published literature compiling facts, not myths, on the substance. The book is a fascinating read about the author’s obsessive journey for ambergris and the elusive people behind the ambergris trade that he meets along the way. While I couldn’t possibly recommend the book more in its entirety, I thought it would be useful to extract some of the facts in the book and compare them to the prevailing myths on the subject. The truth is often more magical than the legend!

MYTH: Ambergris is a waxy lump that is vomited up by whales.
FACT: Sperm whales, a specific whale species, produce ambergris as a biliary secretion when they have a bowel obstruction – typically a large volume of indigestible squid beaks.

Although a sperm whale has never been observed passing ambergris out of its body, one thing is certain: it doesn’t come out of a whale’s mouth. It is possible that these sick whales may be able to pass the mass through the usual digestive path, but it is far more likely that the ambergris never leaves the whale’s body at all. When large whales die, the gases inside their large, thick-blubbered bodies make them extremely buoyant; it also gives them the tendency to explode! It’s extremely likely that this is the primary way that ambergris becomes introduced to the ocean. 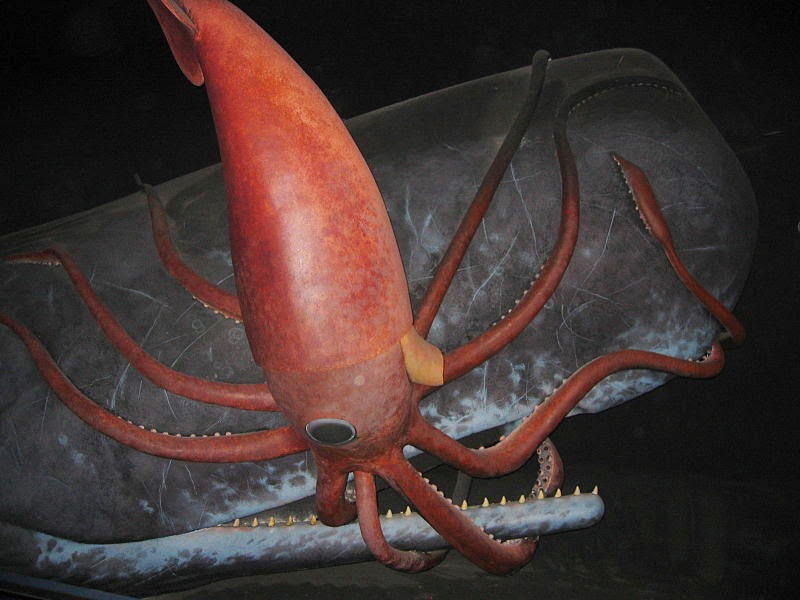 Ambergris comes in a variety of qualities. The oldest ambergris is light, small in size, pleasantly aromatic, silver in color, rare, and extremely valuable. This ambergris has to float freely in the ocean for over a decade before it becomes this grade. This is the stuff that the big companies like Chanel and Guerlain purchase. The next lowest quality is grey amber. This is larger, grey in color, and possesses a mixture of pleasant ambergris aroma and an oceanic, barnyard-like fecal scent. This is also used in perfumery, where its subtle fecal quality can be blended with and disguised by other aromas. It is also used in magic and traditional medicine. This is still valuable, but is worth significantly less. At the other end of the age spectrum is fresh ambergris. This is the stuff that comes directly from whale corpses and is often found scattered along the beach when a dead whale washes up. It is large, black, soft, and has an overwhelming fecal aroma. Although I have seen tinctures of this for sale, it is only sold as a curiosity; it is not used in perfume. It has some value (again, as a curiosity), but not much; most of the ambergris dealers won’t purchase this quality of ambergris. The reality is that ambergris has to oxidize in the ocean for a very long time before it becomes valuable. This means that it is impossible to get valuable ambergris from a live (or even recently deceased) whale. While whaling and poaching are a serious problem, it is not for the ambergris that these poachers kill whales.

MYTH: Ambergris washes up randomly on beaches, where lucky people find big lumps and sell them to perfume companies.
FACT: This one is only partially true. The ambergris industry is largely controlled by a few dealers who purchase ambergris from around the world. However, they don’t rely entirely on lucky 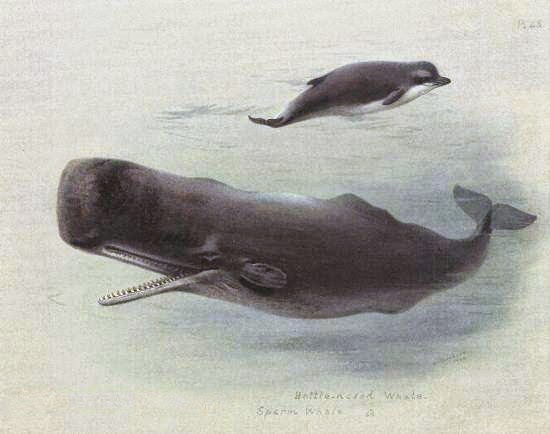 people that end up in newspapers for finding big chunks of ambergris at the beach; there are a handful of professional ambergris collectors in the world who have learned exactly where, when, and how to look for ambergris. People who live near remote beaches in countries like New Zealand have learned that the same ocean currents that carry around ambergris for decades have a tendency to deposit ambergris (along with everything else that floats in the ocean) along certain beaches at certain times of the year and after large storms. They hop on their dune-buggies at high tide and scour the tideline for ambergris. This would be almost impossible if it wasn’t for one incredible tool: trained ambergris-sniffing dogs. With their dogs, ambergris collectors can find their treasure even if it is inconspicuous or buried under the sand. This is one of the most closely-guarded secrets of ambergris collectors. In fact, the producer who interviewed me said that one of the ambergris collectors in New Zealand with whom she spoke told her that she “can’t reveal on T.V. that we use dogs.” This isn’t out of greed, although it may seem that way. In fact, the secretive nature of these collectors is one of the few things that keeps prices low and availability high! 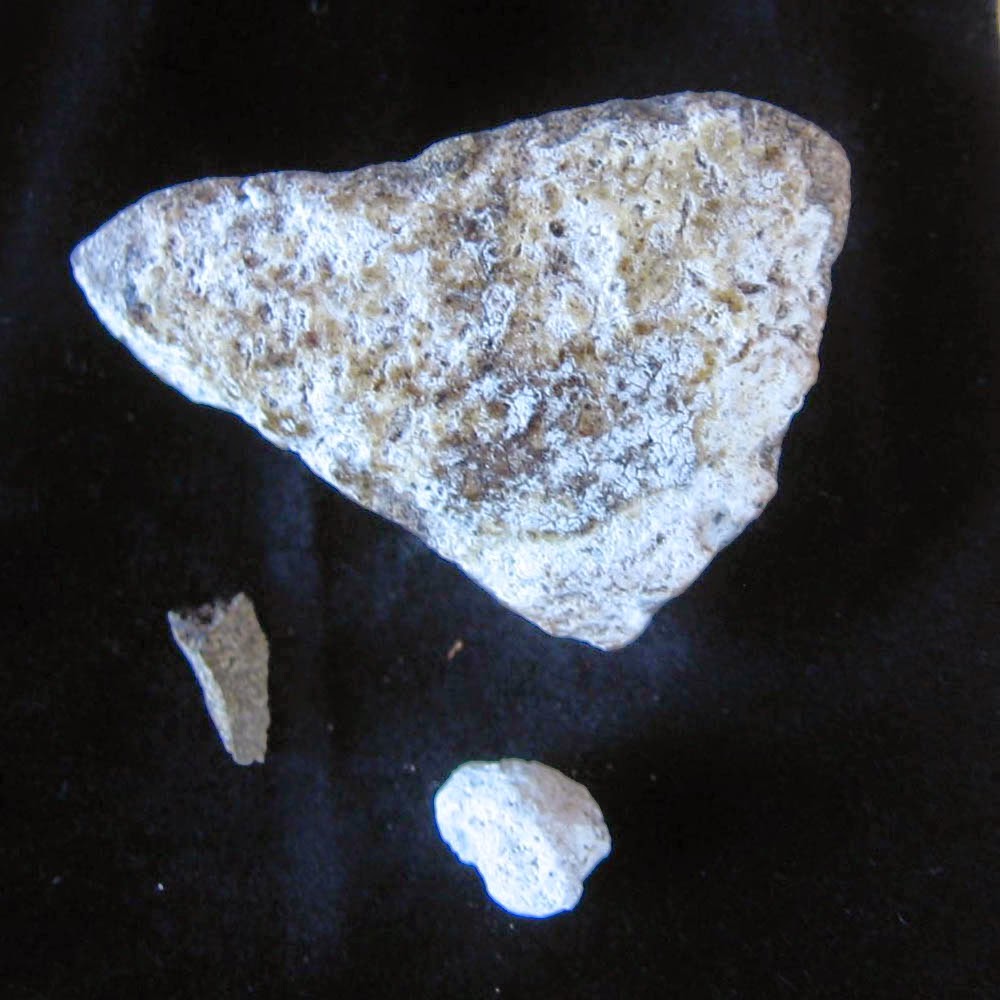 The nature of ambergris hunting is fickle. Even under perfect conditions, ambergris can only be found if it is there to be found in the first place. Estimates are that only up to one percent of sperm whales produce ambergris. Although there is no good estimate of the worldwide sperm whale population, the upper limit of those estimates is around 1,500,000 (the low estimate is 200,000). At the maximum, that means that 15,000 whales currently produce ambergris worldwide. Sperm whales live for about 70 years. Considering they only release ambergris when they die, this means that the likelihood of actually finding ambergris is very low, even at the upper end of estimates – and that isn’t considering that their population isn’t evenly distributed across the globe. If there was a “grey amber rush,” the competition on beaches would reduce the incentive for professional ambergris hunters. If they were no longer able to make a living, they might give up professional ambergris hunting entirely. The market would be shaken up, and the rush would eventually fizzle out. However, there is no guarantee that the professional hunters would go back to searching for ambergris. The availability of ambergris would plummet, prices would rise, and the industry would be forced to adapt. It’s no secret that the perfume industry as a whole isn’t interested in increasing the cost of their concentrates, so a rise in price could prompt the industry to turn their back on natural ambergris in favor of synthetics forever. Without a buyer, the value of ambergris would plummet and the entire industry would collapse.

Although there are many myths and misconceptions about ambergris, the reality is still enthralling. As a commodity, it is the last surviving member of the orientalist spice trade. Although its physical properties are what keeps it in demand, it is the mystery and mystique that keeps it available. Like all magic, the reality behind the curtain is quite different from what happens on stage. In the case of ambergris, however, the truth is still fascinating. The people behind the curtain are proud, dedicated, and clever. They preserve a tradition with ancient history, which is no small feat. To equate them to junk collectors removes the marketing aspect of their tiny, secretive industry, which is undeniably pretty incredible. After all, they manage to sell a substance that comes from exploding whale corpses like gold bullion. If that isn’t magic, reader, I don’t know what is.

[Burning ambergris as incense painting is by John Singer Sargent; lumps of ambergris photo is mine; all other images are from Wikimedia]
Posted by Ellen at 7:56 AM