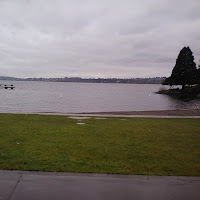 It’s Juneuary in the Pacific Northwest. No, that's not a typo. For those not familiar with this meteorological phenomenon, June here is usually a depressing time of cloudy skies, occasional rain, and cold temperatures. The most depressing thing of all is that in a few weeks, the days will be getting shorter and we will still have had no summer. After so many years here, I’ve grown accustomed to the June unpleasantness, but still don’t like it. It’s particularly disgusting this year after all of the winter rain.

I’m dealing with the first week of my cold, wet “summer vacation” by trying to sort and clean a little in my perfume studio, taking stock of what I have and labeling containers so that I don’t order duplicates of things simply because I can’t find them in the clutter, making perfume concentrates that have been on hold for a long time, and generally clearing my mind after the spring academic quarter. 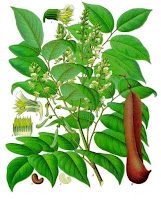 Writing blog posts is one form of Juneuary therapy that can be done inside, next to a warm fireplace, so to continue the resins series of perfume materials, I thought I’d write about one that I use a lot, tolu balsam. This resin comes from a tall-growing South American tree, Myroxylon balsamum.  It belongs to the legume family, so produces seed pods that look like big beans. It has been introduced to other tropical areas throughout the world for resin production, where it can escape cultivation and become an invasive species. The trees are also harvested for timber and fuel. You can learn more about the uses of Myroxylon here.

Tolu balsam, named for the town of Tolu in Colombia, was introduced to Europe in the 16th century, and has become widely used in the food flavoring and perfume industry, as incense, and for medicinal purposes, especially in cough syrup. Resin is traditionally harvested by removing strips of bark from the tree and soaking up the sap in pieces of cloth that are boiled to extract the resin, or by making cuts in the tree trunk and collecting the sap in cups. It can be used in this form or allowed to harden into chunks for grinding and tincturing to extract fragrance materials or to be burned as incense. 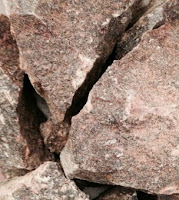 The resin is dark brown and very sticky. It’s a pain to use, and must be diluted with alcohol to make it workable. An easier alternative is the oil (essence) distilled from the resin, which is lighter in color and liquid, but has slightly different olfactory qualities. The chemical composition of tolu balsam is high in benzoic and cinnamic acid esters. The scent of the resin is similar to benzoin, with the same resinous-vanilla notes, but it also has a unique quality that I would describe as “fluffy”. This quality is particularly evident in the oil and “essence”. I’ve used tolu balsam in a number of compositions both as a fixative and to achieve that “fluffy” feel.  It’s one of the staples on my perfume organ.

If anyone can figure out why the font suddenly changes in the middle of the post, please let me know why, and how to fix this Blogger-bug.
[Lake and clouds photo is mine. The others are from Wikimedia or retailers' websites.]
Posted by Ellen at 10:50 AM