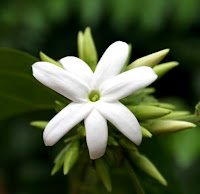 I need to resume the Wednesday series on perfume materials. Given that it’s a new year and I beat resins to death over the last couple of years, it’s time for a new theme. I think most people have an easier time relating to natural materials than to aroma chemicals, so I’ll stick with those until I’ve exhausted the possibilities, if that’s even possible.

A couple of days ago I was mixing an all-natural formula that uses a lot of absolutes, so I decided that the next chapter will be on absolutes. Everyone talks about absolutes and sometimes lists them in perfume notes, but I’m not sure everyone knows exactly what they are and how they are obtained.

Steam distillation and cold-pressing are relatively familiar processes, but many materials do not lend themselves to distillation, and even fewer to cold-pressing. For these materials, the aromatic constituents must be obtained using other methods. In the old days, this was done using enfleurage, the original form of solvent extraction that could isolate the delicate volatile molecules contained in flowers like jasmine and gardenia. In this method, flowers or other materials were layered with solidified meat fat and left until the fat-soluble molecules had diffused into the fat, or added to heated fat in sequential batches until the fat was sufficiently scented. The fat could be used as a “pomade”, or the scent components could be further extracted with alcohol. The alcohol would evaporate over time, leaving the fragrance components, or the absolute. Some artisan perfumers will occasionally still use enfleurage to make small batches of perfume. 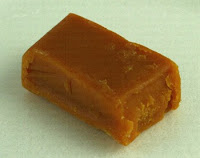 The modern method for solvent extraction is similar to enfleurage in theory, the difference being that instead of meat fat, hexane or another lightweight organic solvent is used for the initial extraction. The solvent is then siphoned off, leaving the initial round of aromatic molecules behind, trapped in a waxy base. This first extraction product is called the “concrete” because it is somewhat solid in form. Because the concrete contains naturally-occurring waxes and other materials in addition to the desired aromatic components, it is sometimes sold comparatively cheaply for use in creams, lotions, and solid perfumes, or for further extraction. 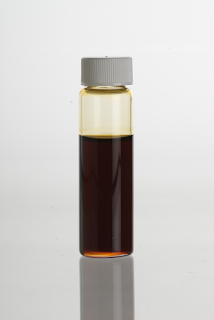 The next step is extraction of the concrete with ethanol, similar in theory to tincturing. The odorant molecules will diffuse into the alcohol, leaving behind the water-soluble molecules, waxes, and other contaminants. The process of separation is facilitated by freezing or chilling, which solidifies the unwanted substances leaving the scented alcohol. The alcohol solvent can then be removed by evaporation or low-temperature distillation, leaving behind the desired fragrant substances in concentrated form.

Using current methods, absolutes contain vanishingly small amounts of the solvents used in extraction and are therefore considered fully natural if obtained from a reputable source.

[Photos from Wikimedia except floral concrete, from a supplier's website]
Posted by Ellen at 12:49 PM