LOOK ME IN THE EYE AND TELL ME MY PERFUME STINKS: or WHY CAN’T PEOPLE TALK TO EACH OTHER DIRECTLY?

Earlier this week I participated in a local radio talk show, in a segment that I had expected to be mainly about perfume, but which, in the end, degenerated into a discussion of whether people should talk to their neighbors or co-workers directly about things that bother them. The original issue was whether workplaces should have official, codified no-fragrance policies, but it quickly  broadened out to the issue of why people, at least in the US Pacific Northwest, are psychologically unable to talk to anyone one-on-one. 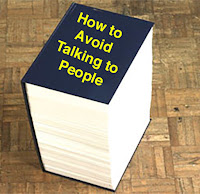 I am not a fan of micromanagement of any kind, so am not in favor of mandated fragrance-free spaces, at least not when it comes to people’s discreet use of personal fragrance. The idea of a fragrance-free space is a fantasy anyway, given that every building has its own set of “fragrances” emanating from the structural components, furniture, and other installations. Anyone ever smelled particleboard? Let me tell you, it’s not a pretty fragrance, and the off-gassing is probably toxic to boot. Ever smelled fresh carpets with their horrible formalin- and cyclic-hydrocarbon-filled-underpads? What about older carpets filled with a mixture of ground-in grime, carpet cleaner, and rotting underpads? What about the “air fresheners” that are used to mask all of the building odors? Compared to the typical cacaphony of public building-generated odors, personal fragrance is a tiny blip in the noise.

I’m certainly not a fan of being in a space where someone is wearing way too much obnoxious (by my standards) perfume. If it’s a one-time or occasional thing, I ignore it, knowing that it’s a minor temporary annoyance. If it were a colleague with whom I regularly shared a confined space, I would simply ask them face-to-face if they could go easy on the perfume. If I had a health condition that was aggravated by the smell of perfume, I would let the offender know and ask them to not wear that perfume, or any perfume, if it really was that serious. I trust that most people can exercise reasonable sensitivity and consideration of others if they know what the issue is. If they’re not told, how can they know?

I articulated this common-sense view in the discussion, but it seems that most people did not agree, and would instead avoid talking to the person who wears perfume, and instead take the route of informing their supervisors or HR department and asking for a set of fragrance-free workplace rules. It was mentioned that one person’s workplace actually had a set of rules many pages in length. If the workplace really is one where people should not wear perfume (e.g., a hospital), then when workers are hired, the supervisor could politely ask each new employee not to wear perfume, and explain why. Compliance with requests is usually best when the person being asked knows why the request is being made. Slapping people with rules that seem arbitrary (or are arbitrary), just creates resentment. 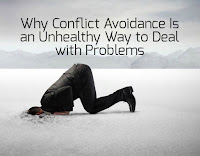 Going over a colleague’s head and reporting them to management for some real or imagined “misbehavior” without talking to the colleague directly first, is likely to create major resentment and undermine morale. The people doing the complaining probably like this strategy because it can be done anonymously (assuming the organization is large enough) and relieves them of any responsibility for initiating a one-on-one encounter that they may fear might be awkward. It seems more and more people are avoiding person-to-person conversations as the opportunities for taking the cowardly route of anonymous confrontation increase.

What are your thoughts on these issues?

[Images adapted from Wikimedia and some random Google searches]
Posted by Ellen at 2:14 PM