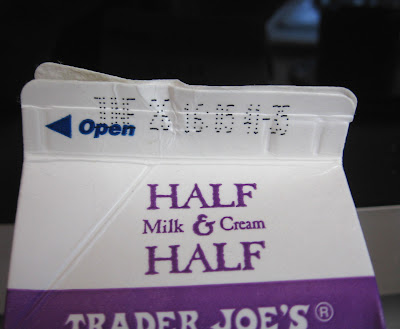 This week on Fragrantica there was a discussion in which several people mentioned seeing expiration dates printed on perfumes, the same way they are on milk cartons or bread packages. I was surprised to see that on my carton of half and half coffee cream, there’s even an hour and minute of expiration. At precisely 16:05 on June 26, death comes for the cream. Apparently some perfumes are set to “expire” in one to three years from date of manufacture, and inquiring minds want to know if perfumes really do “expire”.

This new trend is surprising, to say the least. But maybe I shouldn’t be surprised. People seem to need every aspect of their lives regulated so as not to have to make any decisions on their own. That need is exploited by manufacturers who encourage people to throw away perfectly usable items and buy new ones. Whatever happened to sniffing the milk and using it if it smelled OK but throwing it away if it smelled bad? That’s what our noses are for. The same goes for using the bread if it seems OK, but throwing it away if it’s moldy or dried out. That’s what our eyes and touch receptors are for. Sometimes things go bad before their “expiration date” Do people still use them, oblivious to the bad smell or unpleasant texture? If they’re still good after their “expiration date” is everyone afraid they’re going to be poisoned because of some mysterious “expiration” process? 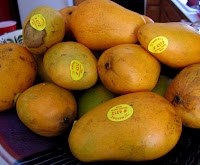 If perfumes “expired”, who would want to wear vintage perfumes? Some of the best perfumes in my collection are over 50 years old and still as good as new. The whole point of making perfume is to preserve aromatic compounds in alcohol or some other medium so that they’re available until the perfume is used up, just as the making of wines and liqueurs is a way of preserving the aromatic juices of the fruits from which they’re produced. The psychoactive effects of alcohol, now an end in themselves, were probably originally simply a by-product of the preservation process.

It makes sense to think about perfumes the same way you would wine, clothing, or furniture. Eventually the materials they are made of will change subtly or even deteriorate to the point where you can't use them any more, but when the latter happens you will know it. The wine or the perfume will smell bad, the fabric of the vintage garment will tear, the wood of the antique chair will collapse, but until then you can use and enjoy them if your style is a well-aged 50-year old brandy, a rare early 20th century perfume that's missing a few of its top notes, a slightly faded 1940s dress, or a scuffed and musty 17th century armoire. More often, older items, including perfumes, are abandoned because they go out of style, not because they go bad.

When people can no longer think for themselves, they fall into the vulnerable position of becoming victims ripe for exploitation. If your perfume smells good use it, and damn the expiration date.
Posted by Doc Elly at 10:41 AM