PERFUME AND THE ASCH PHENOMENON

A famous psychology experiment on implicit peer pressure and conformity conducted by Solomon Asch back in the 1950s not only has major implications for human social behavior, but is also relevant to perfume. In the Asch experiments, subjects were asked to judge the length of a line, a task that humans are alarmingly accurate at doing. However, a single test subject was unwittingly surrounded by other people posing as subjects, all of whom stated their answers verbally, with some or all intentionally giving wrong answers. The result was that subjects almost never gave a wrong answer when alone, but a high percentage gave wrong answers when they heard other people do so, following their lead. Presumably people fear being “wrong” in their opinions, so will follow the lead of others even when they really do not agree with the majority. The implications for political manipulation are obvious. 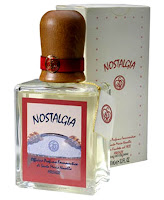 The implications for perfume evaluation hit home this morning when I sampled Santa Maria Novella’s Nostalgia. Every review I have read, without exception, mentions racing cars, mechanics, garages, leather, petroleum products, rubber, and all of the general grunge associated with auto mechanics and their shops, and I was looking forward to smelling all of this. However, when I sniffed my sample, I was blown away by the smell of prickly green tea and sweet, clean musks. Believe me, I was trying hard to conjure up the leather-oil-and-rubber image, but it just didn’t happen no matter how hard I tried. Yes, there are trace amounts of leather and what might be myrrh, but they’re mostly masked by the other super-strong notes.

There are two possible explanations that I can think of right away for why I didn’t smell what everyone else does. One is that many people are anosmic to the prickly green tea note (there’s some evidence for that in other reviews, by the way) and/or they’re anosmic to the sweet, fruity musks like celestolide, so what are actually minor notes come to the fore for them. The other explanation is the Asch phenomenon. If the hype put out by the manufacturer says “racing car-leather-motor oil-rubber” and at least one or two reviewers repeat this interpretation, everyone else will jump on the bandwagon for fear of deviating from the majority opinion. Now that I think of it, there’s a third explanation, which is that smells are just so ambiguous that people are intrinsically highly suggestible and can be directed in just about any way given the right pattern of guidance. If there's a picture of a car steering wheel on the bottle, that's what they'll smell. Maybe it’s a combination of all these factors.

This experience gives me new respect for those perfumers who refuse to release a list of notes, letting consumers make up their own minds about what it is they perceive.

[Nostalgia bottle photo is the stock one that appears on numerous commercial websites]
Posted by Doc Elly at 12:57 PM