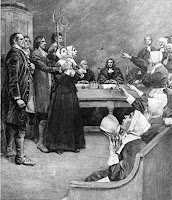 When I started making perfumes, I thought it would be good to make a parallel line of soaps. The reasoning behind this decision was that in my everyday life I encounter a large number of people who claim to be extremely averse to perfume. They say they are “allergic” to it, find it irritating to their nose, or just plain “hate” it. They rant against it. I think these attitudes are more common in the US than in other countries, and are especially prevalent in the Pacific Northwest where I live.

I can’t figure it out. The same people who claim to be “allergic to” or “hate” perfume seem to have no problem with room deodorants, piped-in fragrances in public places, scented candles, fabric softener sheets, strongly scented detergents, shampoos, car deodorizers, hair conditioners, deodorants, lotions, and other products. Most of these products are scented with cheap and very strong fragrances, which makes it even more puzzling. As long as the perfume is not on another person or (heaven forbid!) on themselves, it’s just fine, even if it’s vile-smelling. The only explanation I can come up with is that it’s some sort of puritan attitude. Functional fragrances are OK because they have a use other than fragrance for its own sake, but perfumes, especially good perfumes, are frivolous and somehow sinful. If anyone has a better explanation, I’d like to hear it.

I originally started selling my scent creations at orchid shows, where I discovered that those people who showed any interest at all in fragrance products were just as likely to buy perfume as they were soap. In fact, I think I sold more perfume than soap at those shows, and lost a whole batch of soap when someone kindly watered it along with the orchid plants. I suppose the anti-perfume crowd is content with supermarket soap or all-purpose cleaning gel. Over the past year, I’ve calculated that online sales are less than 10% soap, which is fine with me.

I’ve discovered that soap (at least soap that contains natural fragrance materials) does not keep well for more than a year or so, losing its top notes fairly quickly. Some perfume formulas work OK in soap, others do not, and all require some tweaking to get them to work. Soap requires a lot of fragrance material, so making soap with quality materials ends up being so expensive that I cannot charge enough to cover the cost unless I reformulate using cheaper materials. Soap is heavy, so shipping ends up being expensive. Soap is bulky and takes up a lot of valuable storage space. 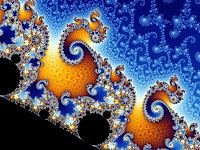 After a lot of thought, I’ve decided to cut way back on the soap. I still have to make a small amount since I have a devoted set of local enthusiasts with whom I barter for various services using scented soap as my currency. My plan is to make some half-size (2 oz) soaps using whatever excess experimental fragrance mix I have on hand at the moment, and will call them “Serendipity Soap”. They’ll be used as gifts or packed two to a box and sold inexpensively. I’ll also make just one type of soap at a time using the regular line of fragrances and sell those as the “Mystery Soap”. When they’re all gone, I’ll make a different one. All of the soaps will now be dated so that I can keep track and not send out old ones, which we always end up using at home. The first batch of Serendipity is curing now, and it smells pretty good.