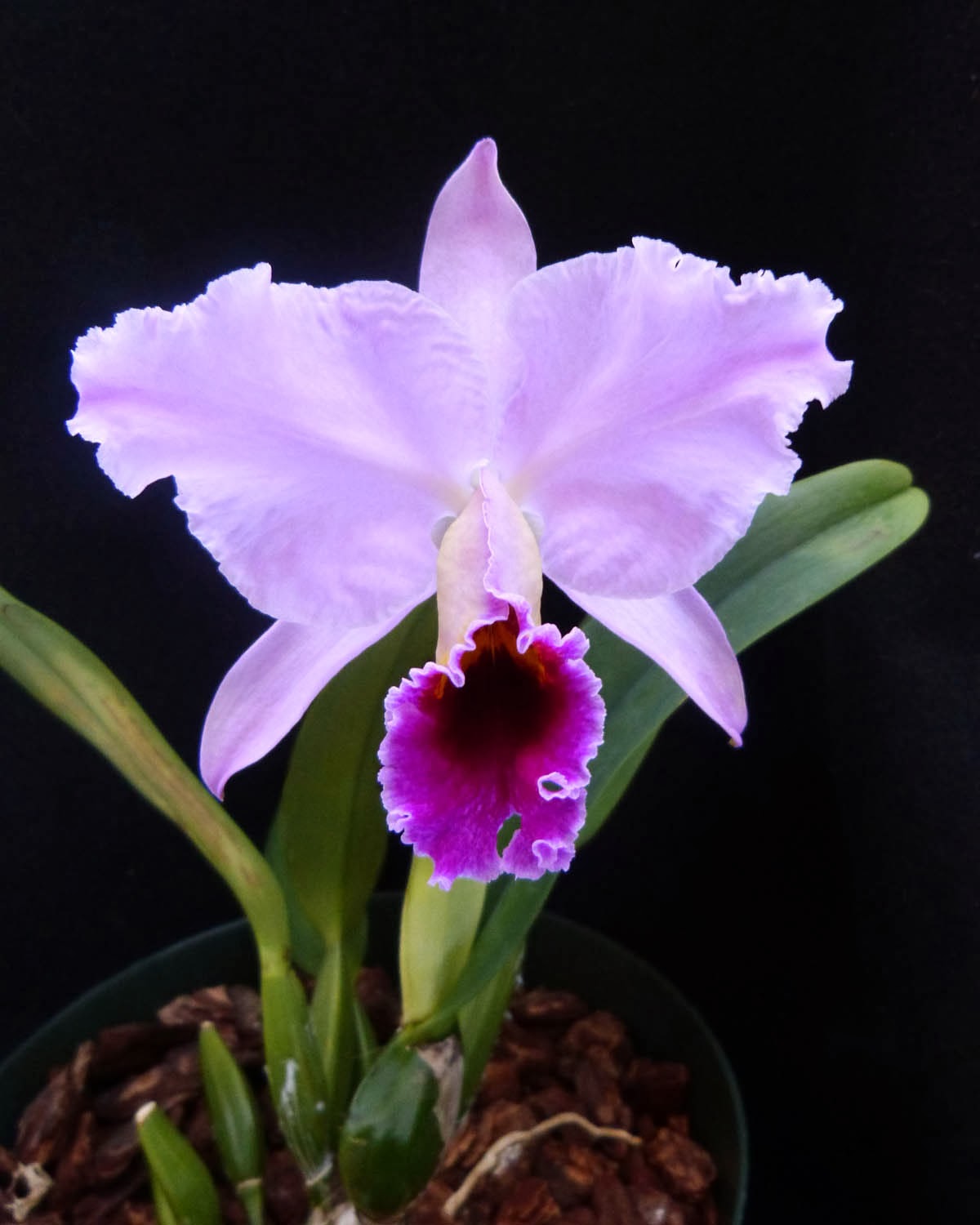 I got caught under an especially strong wave of orders after my 20% discount went public, and spent days doing nothing but pack and ship. This is a good thing, but it took precedence over writing blog posts. Now the orders have gotten pretty much back to normal, so I can sit here and think back on what it was I would have written about if I’d had time.

One notable event was the first bloom of my Cattleya percivaliana, a plant that I’d raised from a tiny seedling. The flower is almost gone now, but it lasted a long time and was a beautiful lavender with a dark magenta lip, pretty much the Pantone color of 2014, “radiant orchid”. This species is fragrant, but not what you’d expect from a lavender Cattleya. My first impression was of a mixed bouquet of aldehydes, bitter-citrusy, somewhere between industrial and medicinal. The fragrance has been described by others as being “like stink bugs”, and I can certainly smell that aspect of it. But it’s more than stink bugs. It’s stink bugs on dried bitter citrus peel with a squirt of industrial-strength cleaner added for good measure. It’s not really a perfume candidate, although it could be tweaked to make something interesting. 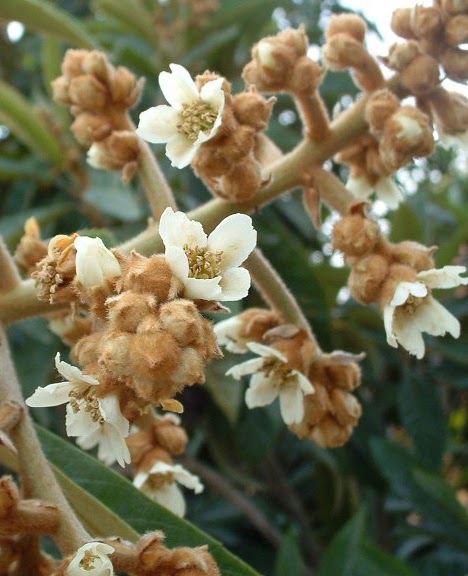 Another surprising discovery was a large shrub or small tree that grows outside the classroom where I’m teaching this quarter. I’d walked past it a number of times, but last week I discovered that the fragrance I’d been smelling was coming from tight clusters of fairly inconspicuous cream colored and brown-fuzzy flowers all over the tree. It was like heliotrope with honey, almond, and a faint undercurrent of orange blossom. I picked a cluster of flowers and sniffed them all afternoon, eventually looking them up and identifying them as loquat, Eriobotrya japonica, also known as Japanese plum. It is native to southern China and belongs to the rose family. It produces edible fruits in spring, so I’ll have to look for them when the time comes. A loquat flower accord would make a nice addition to a perfume. 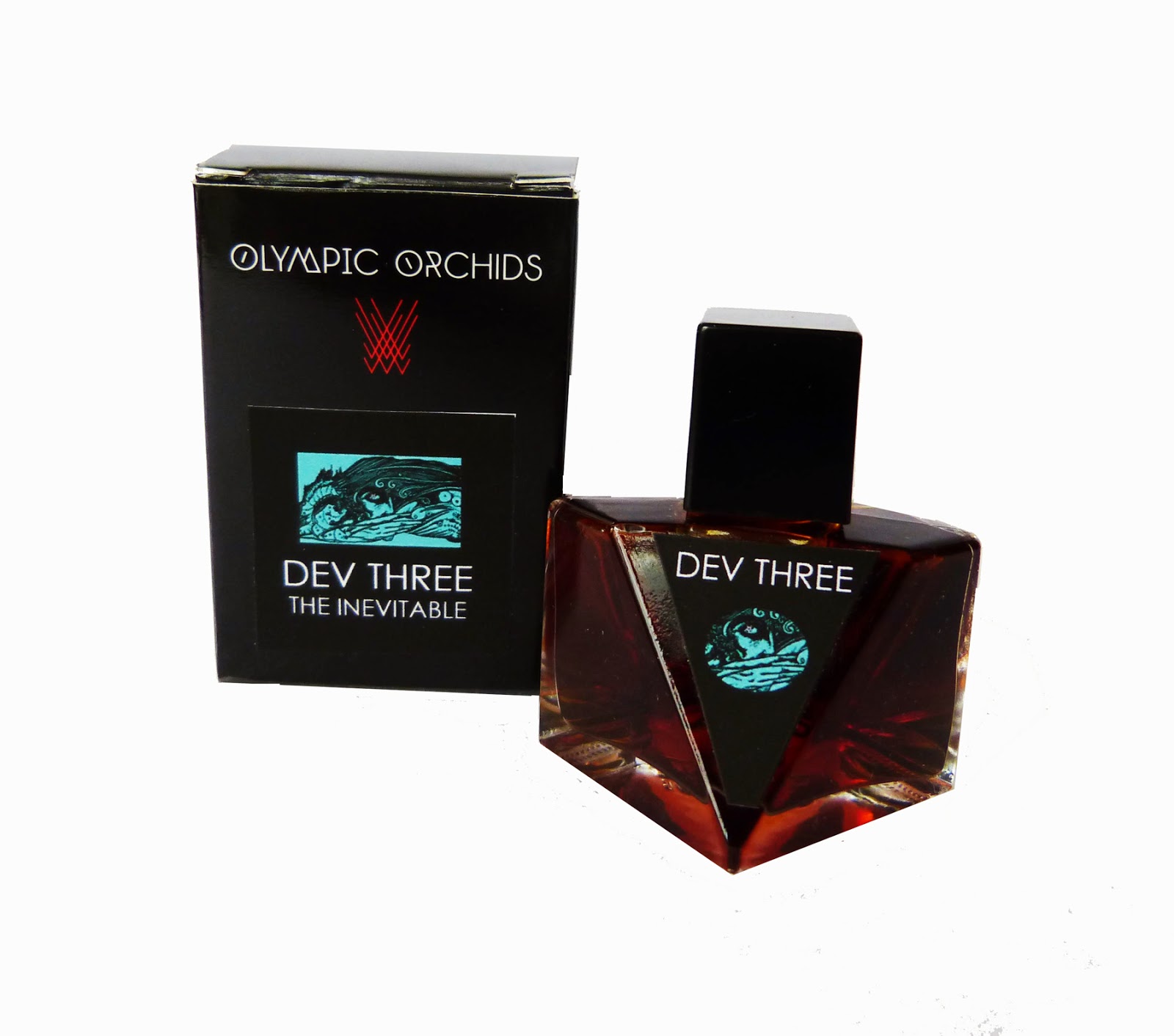 In other news, the packaging upgrade continues to move forward. Last week I finally received the custom boxes for the 15 ml triangular bottles. It’s a good thing because I just ran out of the old boxes. The new ones look much more attractive than the old brown cardboard ones, and the bottle actually fits properly inside. I’m redoing all of the labels to go with the new boxes. It’s tedious, but will be worth it in the long run because I intend to keep the triangular screw-top bottles for the 15 ml size. The last step is to get custom boxes for the square 30-ml sprayers that I’ve been using all along and will continue to use for certain things. Those are being printed now, and should arrive soon, probably coinciding with running out of those boxes, too.

It’s all fun, but I look forward to finally being finished with the redesign work.

[Loquat flower photo adapted from Wikimedia. Other photos are mine]
Posted by Ellen at 9:55 AM