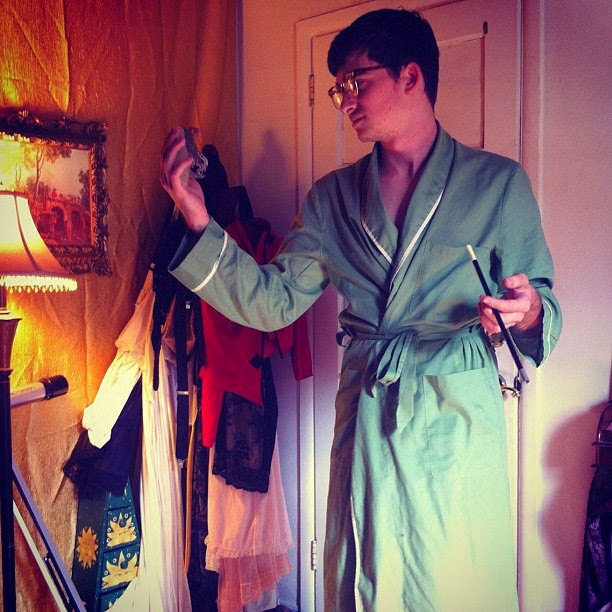 It is a great pleasure to introduce a new contributor to this blog! Jesse Hardy joins Azar and me on the Perfume Project Northwest team as we continue to bring you a benignly eccentric mix of our free-ranging thoughts, mostly about perfume. Jesse has written articles for Basenotes and contributed many expert reviews to a number of other perfume websites where he goes by the name LovingTheAlien. His first post here is a thoughtful exploration of the ways in which language can express olfactory perceptions. 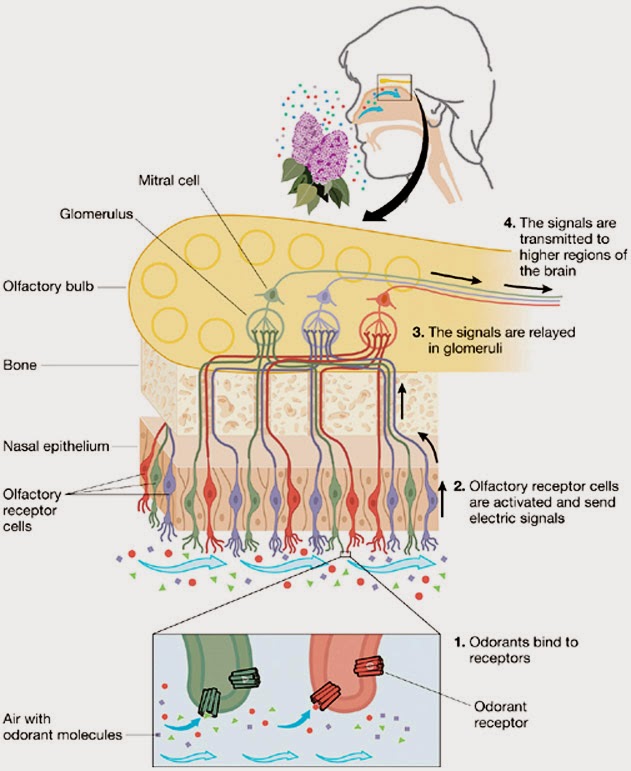 There is a pervasive belief in Western culture that smell is of little importance. At worst, it is dismissed as a rudimentary relic of our quadrupedal past; at best it is considered a subjective, indefinable sense. From Plato to Kant, Western philosophy and literature have ranked olfaction dead last in the list of important human senses. Aristotle believed that individual scent elements could not be discretely identified, but merely identified by association with corresponding emotions. More recent studies of olfaction have revealed that scent, more than the other senses, is processed in the limbic system – the “lower” region of the brain, responsible for much of what constitutes our “id” – as well as the “higher” cortex. This finding has only reinforced the idea that scent is an ancient, rudimentary sense, inextricably tied to our past, when we (presumably) sniffed each others butts and identified possible mates by smell. 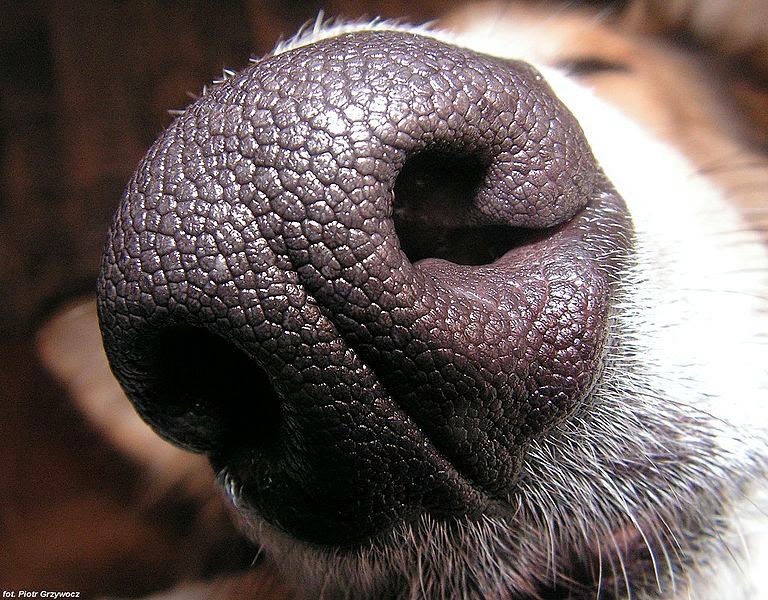 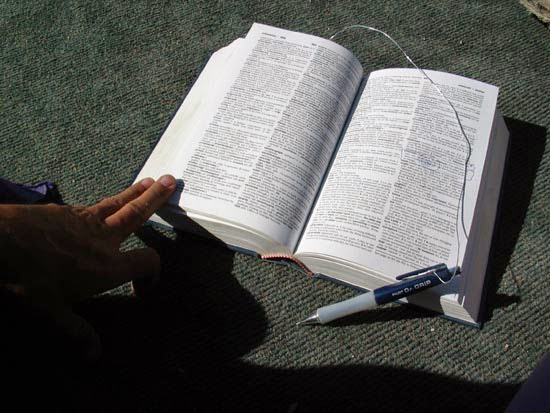 Recent research into non-Western perceptual language has demonstrated that several Southeast Asian languages have a repertoire of abstract, non-referential words to describe odors. In these languages, scents are identified as freely and with as much consensus as we can describe colors – and this applies even to smells that have never been encountered before. The Jahai dialect, for example, includes many basic, non-derivative terms for odors. The direct ramifications are incredible: language can communicate odors after all! 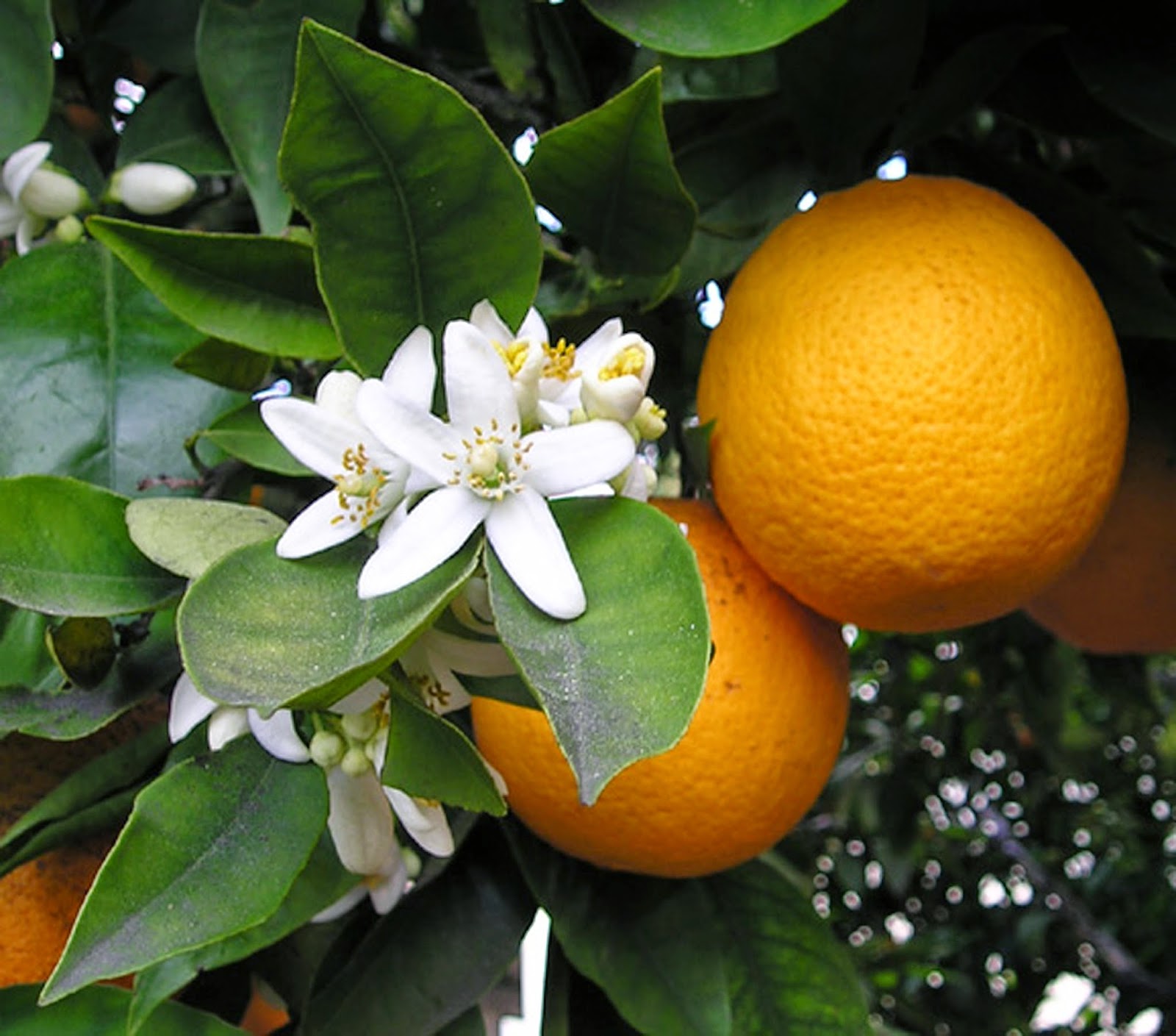 This should hardly come as a surprise to the particular crowd that reads this blog. Many of us have spent years developing our ability to identify and name specific odors in fragrance and, more importantly, have participated in discussions of these characteristics. If there were no language to communicate scent, how could one explain the existence of increasingly numerous perfume forums and blogs where communication relies on words? Scent can easily be communicated to people familiar with it, even to the extent of the receiver being able to translate, more or less accurately, encoded scent vocabulary into a mental “image” of the information. For instance, can you imagine the scent of Fracas with vetiver? How about orange blossom and rubber?

The broader implications of specialized vocabulary dedicated to describing odors are significant, particularly to the olfactorily inclined. If our sociological understanding of olfaction is wrong in assuming that smells cannot be named and communicated in the same way colors can, then how sturdy are our physiological and philosophical understandings of scent? Is our established understanding of olfaction a result of the WEIRD (Western, Educated, Industrialized, Rich, and Democratic) phenomenon?

The reality is that statistical and empirical data on olfaction are not overly-WEIRD, but are often construed in a frankly unscientific manner to validate established beliefs. Olfaction is delegated to the marginalia of scientific research and treated as a curiosity in the same way that research on sexual behavior was in the 1940s. The Kinsey Report challenged traditional beliefs about sexual behavior, but was old news for the sexually liberated, and one can sense a strong resemblance in modern research on olfaction. Perfumers and aroma chemical manufacturers have been using the science of olfaction to develop products that are widely considered to be novel, but our sense of smell and the research behind it are far from novel. With any luck, the “discovery” of abstract olfactory language will pique the interest of the scientific community and lend legitimacy to those researchers willing to challenge traditional beliefs on olfaction, Until then, readers, stay olfactorily liberated, and encourage others to do the same!

[Photo of Jesse (channeling Harry Potter?) courtesy of Jesse himself; olfactory receptor diagram from an educational website; other photos adapted from Wikimedia]
Posted by Ellen at 10:00 PM