TO NOTE OR NOT TO NOTE?

Sometimes social media can be incredibly frustrating. Today I was reading Gail’s post on Çafleurebon about whether it’s useful for perfume brands to list notes, or whether it’s better just to provide story-like descriptions. I wrote a long comment, tried to post it, and got a message saying that the “captcha code” was incorrect. :-( I tried again, and got the same message. Then everything I had written disappeared. Time down the tubes.

I’m not sure why I persevered, but I closed my browser, went back to the page, and tried again, more or less recreating the post. Surely it was not verbatim, but when I tried to post it, I got a message saying that it was a “duplicate” of something that was already posted. Posted, maybe, but not displayed. Algorithms can act so stupid sometimes. Fortunately this time I copied my comment before trying to post it, so didn’t lose it. After a couple more ineffective attempts, I gave up and decided to elaborate a little and turn it into a blog post. 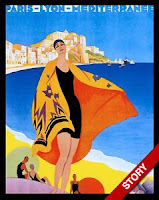 The inspiration for Gail’s post was the fact that an increasing number of perfume brands don’t list notes, either because they condescendingly imply that to do so is beneath their elite status and/or their artistic sensibilities, or because listing notes is not useful to the consumer, who would rather get an overall impression through a piece of creative writing. Others think that, in the interest of full disclosure, it is best to list raw materials rather than notes, so we are now seeing things like “ambroxan” appear in lists of notes, even though I have yet to see cis-3-hexenol, methyl anthranilate, or anything else reminiscent of organic chemistry class.

Listing materials vs listing notes is something of a false dichotomy because many of the single aroma chemicals used to build "notes" are also found in nature. In fact, if one were to list all of the materials that the plant puts into synthesizing the fragrance that ends up in a rose absolute, it would read like the typical allergen list and would be incomprehensible to the average consumer at best, and frightening at worst. The term "rose" immediately evokes a clear general concept regardless of how it is constructed and despite the fact that it comprises multiple exemplars, each of which is perceived differently depending on context. As a general guideline for consumers and reviewers, I think a list of notes has a real function. 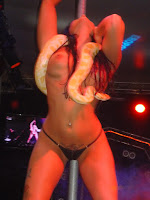 Something that I intensely dislike is the pseudo-artistic gibberish "descriptions" of perfumes that make absolutely no sense, even as a piece of abstract/poetic “creative writing”. However, as one of the comments on Çafleurebon said, there's no right or wrong way. Some people like to read randomly strung together words that sound vaguely intellectual or sexy but make no sense, others like to have prefabricated stories to go with their olfactory experience, and others like to have lists of notes. As a perfumer, I try to supply a narrative general description for those who don’t just want a dry list, as well as a list of the main notes for those who want an idea of what went into making the perfume. Sorry, no gibberish.