AMBROXAN, ART, AND NOT A PERFUME. 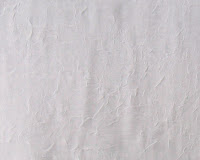 Yesterday I got the usual monthly e-mail from Luckyscent offering a sample pack full of the latest goodies. This one contained some duplicates of samples that I already have, so I started checking up on the items I wasn’t familiar with to see if the pack was worth ordering for the ones I didn’t have (it wasn’t). What caught my eye was Luckyscent’s blurb for Juliette Has a Gun’s Not a Perfume, and I quote here a part of what you can read in full on their website if you wish:

“Along with today’s minimalist trend, Not a Perfume follows suit and adds extremity, irreverence and conceptual characteristics to deliver a true art form. You have now stepped into a new and elegant form of perfumery. With Not a Perfume you get exactly what you want from the scent: it does not evolve; it is not a composition, but rather a particular fragrance that is very strong & lasting on skin. Just like the white packaging it’s housed in, its makeup is fresh, clean, and clinical. This brand new concept from Romano Ricci is a modern day fragrance that is 100% synthetic and created without allergens. Not a Perfume is made of 1 single synthetic ingredient – Ambroxan.”

First of all, selling dilutions of a single aroma chemical is not a “brand new concept”. Among high profile perfumers, Escentric Molecules already did this a while back with Iso E Super and vetiveryl acetate, so what Juliette has a Gun has now done with Ambroxan is not all that innovative. Selling a dilution of a single material can obviously be done with any aroma chemical, essential oil, or fragrance oil, and I suspect it is done a good deal at the low end of the perfume world through sheer laziness and lack of imagination.

Don’t get me wrong. I love the smell of ambroxan, and have about 15 g of the pure stuff sitting upstairs in my workshop. It is one of the more expensive aroma chemicals, probably because Firmenich still has a patent on it, costing about $31 for an ounce if you don’t buy by the kilo. At Luckyscent’s prices, I’m sitting on a small fortune since a 1% dilution of my 15g would produce about 1500 ml of product. At Luckyscent’s prices, that’s over $1500 minus the cost of the crystals and a few nice 100 ml spray bottles, a good bit more if sold in 50 ml bottles.

Inspired by Juliette, I mixed up a 10% dilution of ambroxan, a small portion of which I further diluted to 1%, the recommended concentration for smelling. It’s lovely and strong even at that seemingly low concentration, with plenty of sillage. It’s one of those aroma chemicals that was developed to replace ambergris, but in some ways surpassed the natural material. It does have a hint of a salty, animalic ocean-like scent reminiscent of ambergris, but it also has a sharp woody aspect to it. For a single molecule, it has an unusually full and complex scent, and is certainly capable of holding its own as a perfume without any help from other notes. It’s long-lasting and, as Luckyscent says, linear. Honestly, I’d much rather wear pure ambroxan than any of the fruity-florals that are out there in such abundance. Moreover, I'd venture to guess that making a 1% solution of ambroxan costs every bit as much or more than making any of those fruity-florals and celebrity abominations. 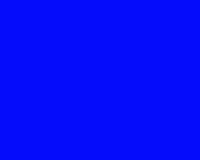 And now for Luckyscent’s argument that a single diluted aroma chemical constitutes “a true art form”. I suppose it is as much an art form as those minimalist canvases that are in every gallery at every level, covered with a single color or just blobby off-white paint. The value of the primer-covered or solid blue canvas is determined by the reputation of the painter who created it, not by its intrinsic value, just as the value of a perfume is determined by reputation and advertising regardless of its composition. Maybe ambroxan is really not so minimalist, but more like a single objet trouvé, a pretty seashell with a complex form picked up on the beach and hung on a gallery wall, or a Campbell’s soup can (chicken noodle, because tomato has already been done) set on a pedestal in a gallery. As long as someone is willing to consider an item art, I suppose it is art, at least in the eye of the gallery owner or curator and the beholder who shells out their hard-earned money to view it or buy it.

The question of what art is can’t be resolved, but what I can do is offer 5-ml samples of ambroxan to the first two who leave a comment requesting them. If you leave a comment about how you personally define art, I’ll include an extra goodie assortment if you’re one of the first two, and will select a third person to receive an ambroxan sample.
Posted by Doc Elly at 9:50 AM

Labels: Ambroxan, definition of art, Juliette has a Gun, Not a Perfume, sample giveaway