THE SCENTS OF WINTER 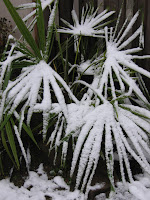 I’ve been away from the blog for a while, distracted by my mother being in the hospital early this week, and then by all sorts of family Thanksgiving activities. Everything is back to normal now, but in the meantime a balmy autumn has suddenly turned to winter, with ice, snow, bitter cold, and an emergency evacuation of all the orchids that had spent the summer outside. The snow has melted, but there’s no doubt that it’s winter. The cold snap shocked the last of the leaves off the deciduous trees, and it’s now starting to get dark at 4 in the afternoon.

This evening I finally got back to my perfume lab for a couple of hours, and it got me thinking about what scents are most characteristic of winter. Of course the marketplace is filled with all the usual overworked winter holiday scents, the cinnamon, cloves, nutmeg, and allspice and “sugar” that go in pumpkin pie, plum pudding and hot drinks, and the evergreen-needle “Christmas tree” scents, which seem to be roughly based on pine, or some synthetic approximation thereof. These make their appearance in candles, potpourris, sprays, soaps, and that abomination of modern home scenting, the reed diffuser. For the past two years, someone at M’s work has given him one as a gift, filled with the most vile-smelling holiday-themed liquid imaginable. Needless to say these artifacts of the early 21st century quickly moved on to a new home via the local thrift shop. 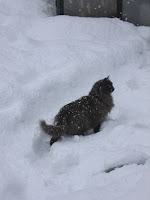 What’s wrong with enjoying the natural scents of spices used in cooking, including the sage, rosemary, and thyme that are used in roasted meats, real spices in real baked goods or hot cider, or dark-roast coffee brewing in the morning? What about the smell of freshly cut greenery? What about the faint sillage of someone else’s perfume picked up while shopping? What about the smell of cold air and snow when people or pets first come in the house from outside? With room scenting devices running 24/7, I suspect a lot of these relatively subtle scents would be missed.

I think the most memorable evergreen I’ve smelled was a freshly cut Virginia red cedar, which is actually a species of juniper. The scent of the needles is not at all like pine or true cedar or arborvitae or fir or spruce, but is a combination of the cedar wood used in a cedar chest, aromatic green vegetable matter, and a characteristic cat-pissy smell. To me, that cat-piss smell epitomizes “Christmas tree”, which is what the tree in question was used for. I hadn’t thought about that tree for years, until I got some labienoxime, an aroma chemical that has exactly that same Virginia cedar leaf cat-piss scent. To me, that scent symbolizes the winter solstice, and I don’t find it at all objectionable.

There are a couple of other scents that always evoke winter for me. One of them is cigarette smoke outdoors on a cold, dark night. For some reason it smells wonderful under those conditions, maybe because it symbolizes the warmth of fire and the presence of other people somewhere on the street, out in the cold and the dark. Wood smoke is another scent that evokes winter for me. I’ll never forget the aromatic, incense-like scent of burning cedar and juniper on cold winter nights in the mountains of Arizona.

Probably the ultimate prototypical winter scent for me, though, is tangerines. One of my most vivid olfactory memories goes back to when I was a teenager, walking down a street in Rome on an extraordinarily cold winter day, peeling a tangerine that I’d bought from a street vendor. At the time, the fragrance of the tangerine seemed like the most delicious thing I had ever experienced. There was something about the cold air that transformed that ordinary citrus peel scent into a magical, almost spiritual revelation about the power of scent to affect the emotions. Maybe it was that little tangerine that eventually drove me to perfumery. 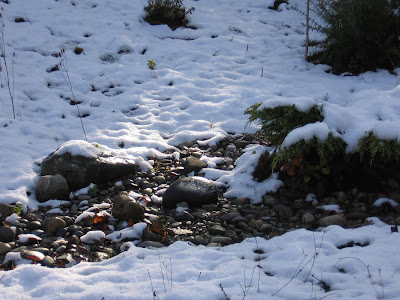