THE SCHIZOPHRENIC PERFUMER AND A DRAWING 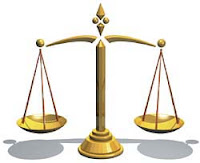 If you were expecting a true confession in which I reveal that I’m a card-carrying schizophrenic, you will be terribly disappointed. I’m a Libra, which is the next best thing, but up to now that hasn’t officially been classified as a disorder. No, what this post is about is the struggle I’m going through to give my brand a makeover that I’m happy with. Olympic Orchids Perfumes is growing up and going through a conflicted adolescent stage.

On the one hand, I’m pressured by those who would have it go all upscale, glamorous, and expensive. The parents who say, “go to college, get a job, and be successful”. I have to admit that that the prospect of going upscale is exciting and enticing. My perfumes will reach a much wider audience than before simply because they’ll look the part and I’ll be working with wonderful people who promote them. It’s the old adage, “dress for the job you want to have”. However, that new wardrobe comes with a price tag. Fancier bottles, boxes, labels, promo materials, and a professional-looking website all cost money. Trips to shows cost money. Paying a graphic designer to get it right costs money. Aesthetically, from a conventional point of view, the overall coordinated look will be much slicker and more retail-friendly. However, as everything is standardized, some of the random quirkiness will be lost. Unintended quirkiness is quite different from the contrived quirkiness that some perfume lines adopt, and I can’t really see myself going for affected, gimmicky quirkiness, so I’ve opted for elegant simplicity.

If I sell wholesale to distributors or stores, I have to price products high enough to allow them to make their profits while making sure I don’t lose money myself. Right now, the perfumes that I sell on my website have a very small profit margin because I handle every aspect of the business and don’t pay myself anything. I love doing what I’m doing, and I haven’t given up my day job - yet. Getting to tinker in my lab and buy more raw materials has always seemed like payment enough. I’m the kid who doesn’t want to stop playing with his toys in his messy room and go back to school. Aren’t we all that kid, at some level?

The thought of keeping my old website in parallel with the new one has crossed my mind, but it makes no sense to compete with myself and my business associates pricewise. One thought has been to use the new, upscale website for the new packaging of larger, store-ready sizes of selected fragrances and re-brand the current website as a fun “Perfume for the People” venue that would specialize in small sizes, simply packaged. It would include mini bottles (up to 15 ml) of my fragrances that are on the main website, as well as a rotating selection of experimental fragrances. It would also function as a test bed to see what could and should go to the next level. 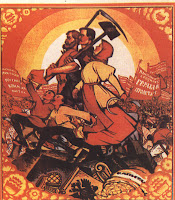 Another thought I had would be to open “Perfume for the People” up to new perfumers who want to try launching one of their creations without the investment of producing their own infrastructure. I think this would be run as a contest in which the winner gets their perfume listed on “Perfume for the People” for 6 months or a year. If it takes off, that would give them some exposure and time to decide whether they want to strike out on their own. Another thought would be to invite other established perfumers to make simple mini sizes of their fragrances available through the website, the idea being that discerning people who can’t afford the larger sizes can still experience having a small manufacturer's bottle rather than just a tiny sample or a decant. Because it would be a specialized site, no one would be competing with him- or herself. I really like and respect the educated but low-budget demographic and want to keep everything available to them.

Obviously, what I’m trying to do is to have the best of both worlds – the Libra balancing act if ever there was one! As you see in the Soviet-era posters, the capitalist steps all over the proletariat and crushes them; the proletariat steps all over the capitalists and crushes them. I would hope that no one would have to be crushed in the process of developing my two ideas, and that they could be complementary rather than mutually destructive. Any thoughts you have would be appreciated. Nothing is final.

Leave a comment and be entered in a drawing for a nice surprise package of fragrant treats. If there are enough entries, there will be one US winner and one international (samples) winner.

[Balance graphic and Soviet-era posters (modified) are from Wikimedia]
Posted by Doc Elly at 2:35 PM