THROW MONEY AT IT 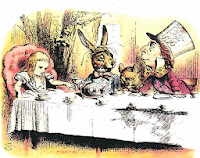 For those who don’t follow US news closely, the government has just been shut down by the Tea Party Republican faction, who object to anything even remotely resembling a national health care system. I know it makes no sense, but the US political system makes no sense anyway.

The absurdity of adults acting like children is not the topic of this post, although it could be. What I wanted to rant about when I set out to write this on a stormy Monday morning was the approach of people on all sides of a problem to try to solve it simply by throwing money at it.

Over the past weeks, I’ve been receiving dozens of e-mails in my inbox asking for help in preserving the proposed health care act while at the same time preventing a government shutdown. It should be simple, right? Apparently not, because rather than think logically and get an adult dialogue going, everyone would rather collect money to run emotion-charged ads against the opposing side(s). Today, after the fact, the e-mails focus on contributing money for ads to shame the Republicans for bad behavior, not action to urge both parties to resolve their disagreements. Admittedly, it’s hard to reason with irrational people, but one should at least try.

Every time I open those e-mails, I expect them to say, “please contact your representatives in congress and ask them to … (plug in your favorite request)”. Instead, what I see is a plea for small donations of $3, $5, or …(plug in your favorite amount). I get the impression that the goal is not have a serious discussion and figure out what makes pragmatic sense and is ethically right in dealing with a gray issue, but to determine the winner of a black and white issue on the basis of who can collect the most money and scream loudest to the world about their wealth.

Unfortunately, the strategy of throwing money at symptoms of a problem is easier than trying to find the cause of the problem and deal with it intelligently. Just throwing money at a problem in a shotgun approach, hoping that some of it will hit the symptoms, is even easier. It happens all the time, in every walk of life. There seems to be a belief that the appearance of having lavish stores of money to spend will have a magical, beneficial effect. 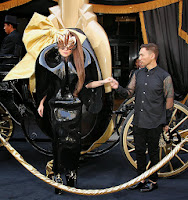 As someone who is trying to run a small business, I see similar tendencies even in the perfume industry. Just throw money at high-profile advertising; toss large sums of money to a celebrity to endorse or front your product; run up multi-million dollar bills attending or sponsoring the most expensive events all over the world so that you can be seen flaunting your wealth. There seems to be a belief that the more money that appears to be spent on things not directly related to the product itself, the more attractive the product will be to the public.

Don’t get me wrong. I have no problem with advertising on a modest scale or attending appropriate trade shows. I have no problem with flaunting the quality of the materials I use in my fragrances, even if they're expensive. Fans of my work are, in my mind, a better endorsement than any paid celebrity would be. What I do have a problem with is the belief that virtue, quality, desirability, and other positive attributes are all directly proportional to how much money is thrown into the purchase of gratuitous, superficial status symbols.

As my business grows, I am constantly reminded of the need to carefully weigh the costs versus benefits of any expenditure not directly related to making a better product and getting it to all potential customers who might enjoy it. No mad hatter's tea parties for me!