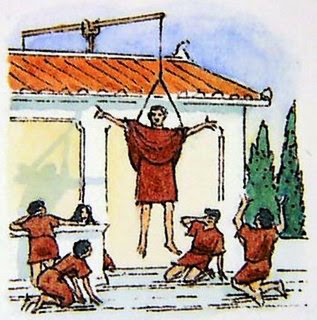 Anyone who has ever tried to produce a theatre event has probably experienced the modern version of the deus ex machina phenomenon. Up until opening night everything that can go wrong seemingly does go wrong, and it looks as if the show will never come together. Everyone is grumpy and starting to scream at each other, on the verge of calling it all off. Then, magically, on opening night everything works - the actors remember their entrances and exits, their lines and their blocking, the music and lights come on and go off when they should, the audience laughs at the right times for the right reasons, and everyone breathes a huge sigh of relief. By some miracle it all worked. The deus came down in the machina and made it all right. That’s probably how the Greek dramatists got the idea because in theatre the unbelievable really does happen behind the scenes.

Tech people are the bane of my life as a producer. It’s easy to find actors, because they all love their time on stage. Being on stage is its own reward. Playing a role well is like being skillful at a sport that requires a lot of concentration and coordination, all the while being cheered on by a crowd. Designing and running sound and lights is an invisible, thankless job that everyone takes for granted. The lights and sound appear to come from nowhere, seamlessly integrated with the events on stage. 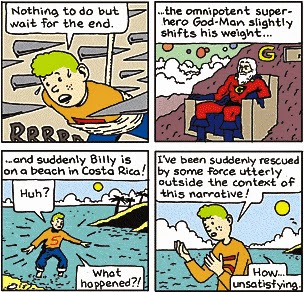 Every time our little playwrights’ group puts on a show, the question arises of who will run tech.  All too often the people who say they want to do tech are completely unreliable and after their initial one or two contacts we never hear from them again. Then somehow, magically, a person drops from the sky offering to run tech and all is well. It happened again with the show that opens this Friday. We theoretically had a tech director, but I hadn’t heard from him in weeks and was waking up at night in a panic, wondering if he’d bailed. Day before yesterday I finally got hold of him, and our lighting setup and sound testing yesterday was the smoothest we’ve ever had. Deus ex machina saved the day again.

Of course, for this blog I had to think how to relate the topic to perfume, but it’s really pretty easy. I’m sure we’ve all been dismayed to put on a perfume that smelled awful, but after some time did an about-face and ended up smelling wonderful. Which perfume(s) have you experienced that were saved in the end by an olfactory deus ex machina? Leave a comment and be entered in a drawing for a set of interesting fragrant samples, to be searched out from my infinite store. The drawing will be on Monday, October 27.

[Images from Literature Wiki and a site called TVTropes that Google coughed up.]
Posted by Ellen at 9:35 AM