TWO WEEKS UNPLUGGED! CAN I SURVIVE? 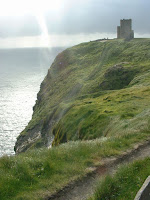 Every fall when I teach a class of college freshmen, I have them do an exercise in which they spend a 24-hour period without their electronic devices. No phones, no tablets, no laptops, no cheating by going to the library and using a desktop dinosaur. About 10% of them typically report that they enjoyed the freedom of not having to deal with their devices and never realized how much time they had when they weren’t constantly checking social media and texting. The other 90% felt emotions that ranged from lonely to panicked – they all felt like something was missing, as if a part of them had been amputated.  I understand.

Now I’m in the same situation, but for a longer time. Husband Michael and I will be traveling in Ireland, no particular plans, just a basic 2-person walkabout. My US phone won’t work there, at least not without egregious roaming charges, so forget the phone. My laptop is clunky and I just spent almost 9 hours in the Apple store yesterday while it was being rescued from a near-death experience caused by some mishap that occurred during the simple replacement of a bad track pad. It has a new, updated operating system (the old one was destroyed), so some things work and some don’t. I think I’ll leave it at home while I’m gone, continuing the restoration activities once I get back to Seattle. I tend to travel as light as possible, so not taking a laptop or phone with me is pretty much typical anyway. 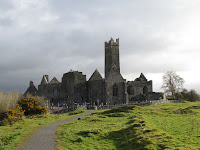 I don’t mind missing my university e-mails - after all, it's summer - but my business e-mails are another matter. I don’t like to leave customers hanging for two weeks without a response. In preparation, I have put “vacation” messages on all of my e-mail accounts. I’ve also put discounts for free shipping (or partially free shipping for international packages) on the orchid website and the original boutique perfume website to help compensate for delayed processing of orders. I can’t implement this sort of discount on my Shopify website, which looks nice superficially but lacks a lot of the functionality of my cheap iHost ones. That’s a problem that I’ll deal with eventually, when I get back.

I won’t be posting anything on the blog until after the 20th, when I return to Seattle, but look forward to getting back to regular posting by the last week of August. In the meantime, here’s wishing a happy rest of the summer to everyone!


[All photos of landscapes in the west of Ireland (where we'll be) are from Wikimedia. I won't have any photos of my own until I get home again and replace the utility that I use to download photos from my phone and camera, which isn't working after the repair disaster.]