NO MORE REVIEWS: A SHORT HISTORY BEHIND THE DECISION 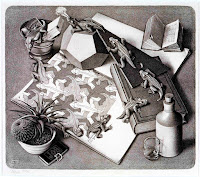 In life, everything evolves. Ever since I can remember I have always tried to get samples of as many fragrances as possible, and have tried to test one or more every day. I started out doing this simply because I enjoyed it, and eventually continued to do it because I felt like I needed to know what was going on in the perfume world outside my studio, so it was not only fun, but educational. Whenever I tested a perfume, I wrote notes to myself about it. I have a huge archive of these notes from over the years stored in digital form.

Before I started making my own perfumes, I used to post reviews on Fragrantica on a fairly regular basis. Soon after my business started to take off and I started this blog, I stopped posting reviews on Fragrantica, partly prompted by a colleague’s complaint that my modest praise was actually a condemnation, and partly because I now had a new platform for my reviews. 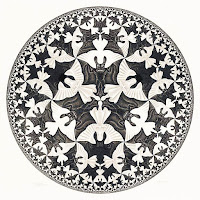 A few companies started sending me samples to review, and I happily did so. A couple of years ago I made it a rule to review only what I considered mass-market perfumes because reviewing the work of artisan or small independent brands with limited distribution could be perceived as a conflict of interest. In the meantime, the lines among categories have become progressively blurred, and as I’ve become more generally known as a perfumer my degrees of separation from colleagues have become ever-smaller and more intricately enmeshed.

I have been surprised several times to find that one of my old reviews or posts is the first item that shows up in a Google search. Unfortunately this increased visibility has started to attract vitriolic comments on some review posts as well as spammers who vainly hope that readers of the comments will click on their links. I don’t need this.

The fact that one never really knows where a perfumer’s work will show up means that I could unknowingly write an honest review of a colleague’s work and only discover the direct or indirect connection later. For better or worse, I have reached a point where everyone in the perfume community is my colleague. The danger of creating a conflict of interest is too great to take that risk. 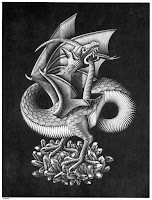 For that reason, if you look at my blog today you will see that I have gone back and deleted all perfume reviews (at least I think I got them all). I will no longer post reviews of any type, but will continue to do giveaways. Instead of Mass-Market Mondays there will be some new feature associated with a giveaway. I haven’t decided what it will be, but it will definitely be something meant to promote engagement and constructive discussion. I welcome any ideas about a regular feature you would like to see here.

[All images are by M C Escher]