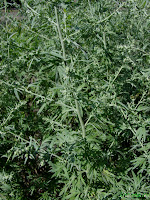 A few weeks ago I was curious about people’s perceptions of davana essential oil, so I sent it out to a number of testers. A quorum of people have responded, so this is a collection of their reactions.

NANCY
I have tested the davana oil on its own, and my impressions are as follows:

Initial application: fermenting tropical fruit, camembert cheese rind, a little moldy, a bit unpleasant. Definitely loud and unrelenting. As it settles into skin, it smells like mothballs and something medicinal or disinfectant. The drydown, a good 40 minutes from the application, was my favorite part, soft fruit and wood. This was when I could faintly smell something I thought was reminiscent of sandalwood. I have tried this twice on its own; the results were virtually identical.

With a drop of oud, followed by the davana oil: The same screechy opening, but much shorter lived. The davana completely overtook the oud for a good 45 minutes. The two of them combined seemed much rounder. The woody/fruity aspects of the davana and the oud gradually began to complement each other, becoming close to the skin, where it has stayed for the past two hours.

Davana could overtake almost anything. I have smelled it in attars, and not known what it was, so this was a great learning experience. Like it best with the oud, and will try it with other things. Not fond of it as a solo scent.


ZEN
I tried this oil without wearing any scented products or perfume as requested. It was not what I had expected.

The first testing was after a long shift at work (sadly my office has banned all scented products ) and it surprised me as it changed on skin.

First impressions as I wrote them down were: herbal, bitter, slightly spicy, hot feeling and earthy. Somewhat reminiscent of cough drops or medicine. Musty old books or paper...but a sweet note emerged as it blended with my skin. I may have been too exhausted to smell properly.

The second application was on a day off and I was more relaxed. It smelled boozy, again medicinal, something like tiger balm. Also something metallic feeling. Then it really changed and I smelled fruit, strawberry jam to be exact. My boyfriend said he smelled fresh strawberries, not jam...this was from wafting across the room not up close. I also thought I smelled something like canned peaches, but more the syrup that they have sat in, peach infused juice.

This was very interesting. Thanks for including me and sending it all the way to Toronto!

GAIL
I tried the davana for two days without any other fragrance. Here are a few of my impressions.

First sniff from the sample tube: Fruity with a strong impression of grape soda.

Initial application to skin: The grapey/fruity aspect very strong but rounded off by a warm cereal grain effect. Perhaps the
davana is picking up on the "Nairns" oatcake crackers I just ate.

After 15 minutes: The same.

The fruity scents lasted on my skin very faintly for about 5 hours. Pretty much linear. I also applied davana to cotton and wool. On both fabrics I only smelled the fruity/floral and that scent lasted on the fabrics until the next day.

First sniff from the tube: Grapey and Fruity.

Applied to skin: Grape but with a definite impression of grain and corn silage. My maternal uncle owned a large dairy farm in Wisconsin, where I spent childhood summers. Today davana reminds me of the smell of fermenting grains, leaves, stems and stalks in the large silos on my uncle's farm.
It also reminds me of the smells in a winery where the oak casks are stored. I haven't been eating grains or drinking wine today but I did have my usual breakfast of goat yogurt and fruit. I don't smell the grain or silage on the fabric application.

The same impressions lasted for the rest of the day, getting fainter but remaining the same.

I did not feel any sort of relaxation from the scent but I did have a definite feeling of well-being. I also noticed on both days when on my walks that the smells of the outdoor environment seemed to be enhanced by the davana. Now I would like to try davana in conjunction with favorite perfumes and some essential oils.

Thank you for this new smelling opportunity! 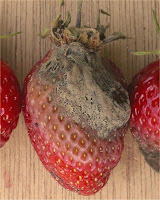 LAURIE B
First off, to me, pure davana is a horrid stink. I can't put my finger on what it makes me think of, but I find it very unpleasant. After a couple of tries of it by itself, I started trying it with other chems, oils, and perfumes. I found that a little went a very long way. But when added to something like sampaquita givco, it became more than just a pretty scent, it had depth. I tried it with some Wild Musk Patchouli blend, which is a super sweet musk without any complexity. It added a more sophisticated touch, and it lasted much longer with the davana. Hard to believe something makes patchouli and musk last longer! A tiny bit in Tabu didn't seem to alter the scent, but it lasted from morning until shower in the evening- on me that is a real accomplishment. I tried it with several other ready made perfumes, and it made them all last longer, even at levels where I really couldn't smell the davana in them.

So, it seems to make a good fixative, and adds a complexity and a sophisticated note that makes you wonder "What is that?" - when kept below a certain level!

INES
To me it smells great, smoky, dark, sticky fruity, in the manner of a date (the fruit). The opening is strange, salty and minty. It's practically a perfume by itself. Soon after, I get a minty hint, but there is still this heaviness in the smell. The smell also reminds me of rum-y raisins.
Once I get the mintness, it remains until the end, even getting a bit stronger.


CELINA
I tried the sample few times and really like it. Quite complex!
Directly from the sample: fruity (dried peaches), balsamic and woody with a touch of smokiness (blond tobacco).

On my skin it has an oily fruity feeling in the opening. More of cherries and blackcurrant and less peachy. Still aromatic-woody-balsamic. The light smokiness is more rubber smokiness. And the best part is the sweet hay. There is also a part that reminds me of chamomile extract. The dry down is balsamic sweet hay. I don't get any floral aspects.

Thank you for sample. I really enjoyed it! 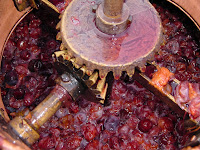 There’s no doubt that davana is all that, and more. Looking for some common threads that tie together the wonderful wealth of the testers’ perceptions and my own, it’s pretty clear that the smell of pure, undiluted davana oil comes as an initial shock. It’s unexpectedly strong, packing a powerful punch of fermenting medicinal fruitiness, along with an industrial oiliness. The specific medicinal notes and fruits seem to vary from one nose to another, but are pretty much a constant across all who smell the stuff. What follows seems to be less predictable, although it seems that at least one other tester smelled the same sweet, “aromatic-woody-balsamic” drydown that I do.

The bottom line is that for most people davana is strong, boozy, fruity and aromatic-medicinal. It lasts a very long time, enhances other scents if used in small quantities, and makes an excellent fixative. Reason enough to use it in certain perfumes.

[Photos of davana plant, rotten strawberry, and fermenting plums from Wikimedia]
Posted by Doc Elly at 11:50 AM