One of my recently discovered raw materials is the essential oil of African bluegrass, Cymbopogon validus. I used it in several of the DevilScent variations, and have come to really love and appreciate its unique properties.

Cymbopogon is a large genus of grasses that were originally native to old world tropical regions, especially India and Africa, but are now widely cultivated throughout the world. It includes lemongrass (Cymbopogon citratus), which is commonly used in cooking, gingergrass (Cymbopogon martinii), palmarosa (a variety of C martinii), and citronella grass, sometimes called giant turpentine grass (Cymbopogon nardus). Both C martini and C nardus are used as insect repellants. 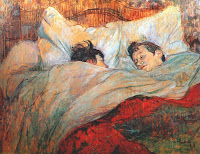 Most of the Cymbopogons have a sharp lemony and/or ginger-like aroma, but African bluegrass is an aroma unto itself. When I first tried a small sample, I was surprised by the complexity and musky character of the oil, and I was even more surprised that it lasted over a month on paper. It is a base note par excellence. Yes, its top notes include a sharp, lemony-gingery-geranium scent, which gives way to a grassy, hay-like scent, but these are just embellishments on top of the main base notes, which are something like well-used bed sheets, unwashed hair, dog, and something indescribably dusty-musty. It serves the same function as ambrette, which I love, but I think I like African bluegrass even better when I want a cool, gray color instead of a warm, beige one. When I see published descriptions of African bluegrass oil, I have to think that whoever wrote them only sniffed the top notes from the bottle and didn’t bother waiting for the drydown.

In the DevilScents, I used African bluegrass to lend the scent of a bed that’s been the scene of much activity, and to enhance the impression of well-worn leather, which is especially hard to duplicate using all natural materials. In combination with a little sandalwood absolute, it gives amazing tenacity.

I have to say that my feelings about writing this are mixed, since I wouldn’t want every perfumer in the world to jump on the African bluegrass bandwagon. However, despite the good news that this is a wonderful material to work with, the bad news is that it’s hard to find and relatively expensive. I suppose in the end, it’s worth spreading the word if demand for Cymbopogon validus were to become great enough to promote increased production and availability of the oil, which theoretically should be no harder than lemongrass to grow and distill.

Leave a comment to be entered in a drawing to win a sample of African bluegrass oil and a sample of one perfume in which I used it. The drawing will be on Wednesday, May 16.