THE LILITH EFFECT (AND A DRAWING) 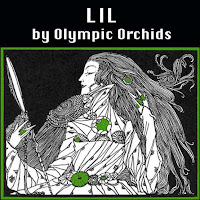 This morning I filtered the first production batch of Lilith (aka LIL) and, as usual, made sure I got some on myself while doing it. It wasn’t a lot, just the equivalent of a medium-sized spray dose. About an hour later I went out for a run.

The first inkling I had of the “Lilith Phenomenon” or “Lilith Effect”, first described by Tarleisio in this blog post, was when I was doing my warm-up walk down our little street to the main road and passed a group of three 7- or 8-year old boys playing in a puddle. As I got close, they all looked up, eyes wide as saucers, promptly stood at attention facing me, and politely said “hello”. They seemed in awe. I was flabbergasted. As I continued on with my run I thought of Tarleisio’s post, and started to connect the dots. 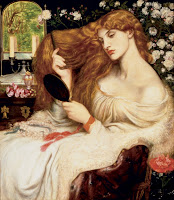 As I made my way around the neighborhood, everyone I passed on my side of the road looked at me, smiled in a friendly way, and made it a point to politely say “hello”. Except for the postal delivery woman, I knew none of these people. Even though I stared intently at people on the other side of the road, they did not react. Now this might not seem worthy of note except for the fact that in the Pacific Northwest, people tend to act uncomfortable and look the other way when they pass another human being on the street or road. It’s very unusual for even one person to acknowledge my presence when I’m out walking or running, let alone everyone I pass. Maybe there’s something in LIL that makes people shape up and be polite.

Have you ever experienced unusual reactions from random people when wearing a specific perfume? If so, leave a comment about the perfume and your experience. You will be entered in a random drawing, the winner of which will receive a 3 ml spray sample of LIL to try for yourself and see whether there’s anything to the Lilith Effect besides our overactive imaginations. Moreover, you’ll have a chance to try this fragrance before it’s officially released at the San Francisco Artisan Fragrance Salon on July 8. The drawing will take place on Wednesday, June 20.