HOW MUCH ADVERTISING IS TOO MUCH? 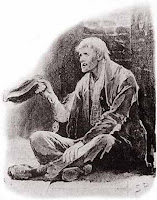 Nearly every day I get a dire message in my inbox from some organization that “needs to raise $X00,000 to …” counter some political manoeuvre or another. Or to prevent an environmental disaster. Or a social disaster. If they don’t get the funds immediately, the sky will fall and we’ll all be burnt to a crisp in the ensuing economic meltdown/natural catastrophe/social chaos, or whatever their pet threat is. It’s sad because I support most of these groups in theory and have donated to them or otherwise supported them at some point in the past. However, I am not an infinitely rich cash cow that can send each of them a big donation every time they ask. And they’re asking far too often for their own good.

It’s no wonder the entire population has grown apathetic. Every side of every issue cries wolf so loudly and so often, always with their palm outstretched for contributions to build the latest wolf trap, that we no longer believe any of it, or want to help in what seems like a scramble to see who can raise the most money, not who can do the most good. I don’t want to hear who’s raising the most money in an election and I don’t want to be part of that game. What I want to hear is candidates’ relevant qualifications (not details of their personal life) and their specific plans to improve (or at least maintain) every relevant aspect of the areas over which they have influence. 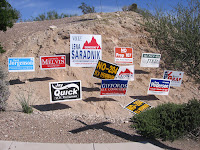 If it were up to me, voters would not see campaign signs, pictures of the candidates, any form of advertising, or gratuitous blurbs about their families, pets and other private activities. They would all have to take a rigorous exam to make sure that they’re qualified for the office they’re seeking and, if they pass, write a paper on their positions and plans, and engage in a written debate with their opponents. In fact, the debate could take the form of an ongoing social media exchange, closely controlled, i.e., proctored to make sure that the candidate is actually the one writing the responses without help, and moderated to make sure that the candidates stay on topic and do not engage in ad hominem arguments. The results of the exam, the paper, and the debate transcripts, along with the candidate’s CV, would be published in all of the news media free of charge (after all, this IS news).

Maybe it sounds dry and boring, but at least it’s better than the uninformative and boring ads and solicitations that are infesting every corner of the real and virtual environment now. And it’s a lot cheaper. The only expense would be designing and administering the exams, and proctoring the paper-writing and debates. This could all be done by one of the companies that makes up and scores the exams for entrance to graduate and/or professional school. The millions (or is it billions or trillions?) of dollars that would otherwise be spent on political advertising at all levels could be spent on something real, like education, health care, infrastructure maintenance, food, hiring real people to answer the phone and, of course, perfume.

You knew I’d eventually drag perfume into it, didn’t you? This is because I started out to write a post on the optimal amount of advertising for perfume businesses, but words have a way of doing their own thing. This post is getting too long, so I’ll save that for next time.

[All images from Wikimedia. US Grant being examined by Uncle Sam by Frank Leslie, 1872, so it's not a novel idea. In fact, the theory that political candidates should be knowledgeable and competent is an old-fashioned idea.]
Posted by Doc Elly at 2:14 PM