Travel report part 2: Would you be caught dead wearing a celebrity perfume? 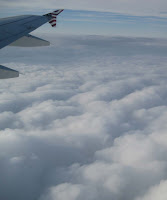 I have a love-hate relationship with flying. I love the feeling of taking off, building to the exuberant burst of speed that allows the plane to become airborne. I love looking out the window and seeing the clouds and landscape pass by below. I love the surreal experience of boarding the plane one evening and waking up the next morning in a different country. I hate all of the rituals that have grown up around the act of flying. I hate the long security lines and the gratuitous inspection of our toilet articles, shoes, laptops, and bodies. I hate being herded to the gates, like animals going to the slaughterhouse. Most of all I hate the thought that my life is suspended in a piece of machinery manufactured, maintained, and piloted by fallible human beings.

I’ve had a few close calls while flying, most notably the time when one of the engines caught on fire in full view of myself and a few other passengers while flying from Sydney to Melbourne. Of course the public announcement to the passengers simply said that there was a “small mechanical problem” and that we would be going back to Sydney even though we were two-thirds of the way to Melbourne. Turned out the repair crew were in Sydney, so forget about passengers’ safety and convenience.

One never quite knows how close a call is, since the public announcements typically dissemble, omit information, or actually lie. However, on my last trip we had an unsettling experience that made me think of the question in today’s title. Here’s an excerpt from my notes:

Tuesday, March 5: When traveling I always like to enhance my sniffing experience by spending time in the duty-free shops at all of the airports I pass through, and usually end up covering myself with a psychedelic mix of scents that I’m sure must be a joy to the passengers on the next flight. I’ve almost suffocated myself a few times. I’m looking forward to seeing whether the duty-free shops offer anything that I’ve never tried. Last time they were a disappointment because it was just all the same old stuff, and I concluded that I was getting jaded. 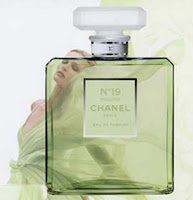 The Seattle duty-free shop was no exception. It had the usual array of mid- to upscale mass-market fragrances along with some celebrity scents. It’s getting harder and harder to find something new in the duty-free shops, which seem to stick to a standard, tried-and-true inventory. However, I did find two that I’d never tried, Lady Gaga’s Fame, and Chanel No. 19 Poudre. Well, only Lady Gaga was new given that No. 19 Poudre is technically a flanker, but it was the best I could do. I sprayed one on each wrist and settled in for the flight to Chicago where we would change to a Lufthansa flight to Munich. Here are my notes from the plane: 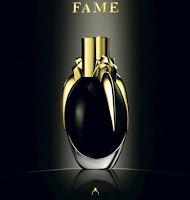 Fame isn’t bad at all! It’s a conventional fruity-floral mass-market scent, but it’s a nice one. The big surprise is that I like it better than the Chanel, which starts out with an odd, plastic note that reminds me of stinkbugs and lasts for over an hour. No. 19 Poudre eventually loses the plastic-stinkbug notes, ending up as a green, non-sweet, grassy, quasi-chypre type scent with a hint of powder, but not much powder. It’s pleasant, and actually goes well with Fame. The two complement each other nicely. After the initial fruity-floral blast, Fame turns out to be a really nice, spicy-fruity, soft, sexy, mash-up between a standard fruity-floral and a good oriental. (Note added later: Both of them have moderate sillage and last over 12 hours).

As we approached Chicago, we learned that it was snowing there. The plane circled for a good while, and as we neared the ground, it became clear that it was not just snowing, Chicago was having a blizzard. Flying close to the tops of buildings, streets, freeways, and lights, it was as if everything was nearly obscured by a thick layer of cotton. Then, just at the moment when the plane was about to touch down on the runway, it jerked around to the side and roared back up into the air, laboring to get airborne again. I have no idea what really happened, but we were told that the plane was “re-directed to another runway that was in better condition”. It seemed like a near wipe-out to me. After circling for another 45 minutes, we finally landed successfully. Michael observed that landing on several inches of snow makes for a nice, soft landing, if done properly.

While the near-disaster was happening, I remember smelling Lady Gaga Fame and thinking to myself that if we all died in a plane crash, I would be wearing a celebrity perfume. I also remember thinking that I could do a lot worse. Not that it would matter in the end, but it did give new meaning to the expression, “wouldn’t be caught dead wearing a celebrity scent” and lent a certain amount of humor to the situation.