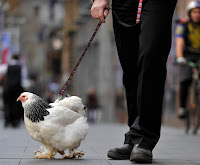 Now that everything, including newspapers, news magazines, and person-to-person social interaction has transitioned to online form, I’ve noticed some really annoying trends. One of these trends is making a list of everything. I’ve nothing against lists. I make grocery lists, lists of materials I want to put in a fragrance, and a few other sorts of lists. What annoys me are the gratuitous lists that appear every day in online media. In keeping with this very 2010s trend, I’ve decided to make a list of five online trends that I dislike. You may or may not agree with me, and you may have a list of your own. After all, I don’t get all over the ethersphere, so may well have missed some that are even more annoying than the ones on my list. Without further ado, here’s my list of the top 5 that annoy me today. 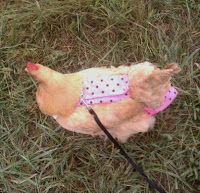 1. “Top 10” (or choose any other number) lists of whatever it is (pet chicken breeds, best public toilets in Paris, eyebrow grooming tips, ways to leave your lover, stupid interview questions, ugly celebrities, colors to paint the caps of your garden gnomes– ad infinitum). The kicker is that these aren’t simple lists, but rather “slide shows” that you have to click through item by item if you’re really interested enough to do so. Who puts these illustrated flash-card lists together and why? Do people really want to take 10 times as long to read a slideshow-format list as they would to read a single, unified list? And what’s the obsession with lists, anyway? The only explanation I can think of is that the slideshow format greatly increases the number of clicks on the website in question, but the obsession with the lists themselves remains unexplained.

2. News articles that aren’t. A few times lately I’ve clicked on what appears to be a bona fide news headline only to find myself looking at an ad. These aren’t even the online versions of infomercials, they’re ads pure and simple. That’s blatant deception, and the publications that engage in this behavior should know better.

3. Political or charitable organizations that continuously bombard my e-mail inbox with messages begging for donations. Just today I received five redundant messages from a political organization wanting me to contribute to whatever their latest campaign is. As I was writing this, a sixth one arrived. No matter how much I sympathize with these people and their causes, their constant begging turns me off. Because of their failure to distinguish between bringing critical and important issues to our attention and simply whining about business as usual, they lose all credibility.

4. Unauthorized charges by services that set up a monthly automatic charge to a credit card. Recently there have been instances of small extra charges appearing for “upgrades”, “insurance”, and various other “fees”, even though no one requested them and the charge was not authorized. Resolving the issue requires a struggle to speak with a real person or, in the worst-case scenario, canceling the service in question. My suspicion is that the companies that engage in this practice think that their customers won’t notice a few dollars here and there. With millions of subscribers, those few extra dollars add up.

5. Mass invitations to small, private events. A while back I received an invitation to the birthday party of a person I work with. It seemed like a nice gathering at a restaurant right down the street from the university, scheduled for an evening when I was planning to be in the neighborhood, so I thought about going. Then I saw that the wife of the birthday boy had invited 98 people. At that point I started to feel like the target of a mass marketing campaign rather than a friend or colleague. The restaurant probably isn’t even big enough to hold 98 people, assuming they have other business besides the party. Of course, I’m sure no one expects all 98 people to come to the party, but what if they did? What’s the percentage yield on a mass-distributed birthday party invitation? Five percent? If five people and their family members or guests showed up, that would be just about right for the venue, and could have been accomplished with personalized, targeted invitations.

I’m all for mass invitations to public events like theatre productions, trade shows, perfume launch parties, concerts, and big outdoor festivals, but not sit-down dinners that should be shared with a few good friends and close family members.

[In idly looking for photos to illustrate the concept of "pet chicken" I came across a lot of bizarre pictures of poultry wearing various sorts of garments, harnesses, or diapers, and walking on leashes. They're not all that relevant to the post, but are simply provided for your amazement and entertainment. Photos taken from today.com, backyardchickens.com, hensaver.com (home of the "hen holster"), and etsy.com.]
Posted by Doc Elly at 6:16 PM