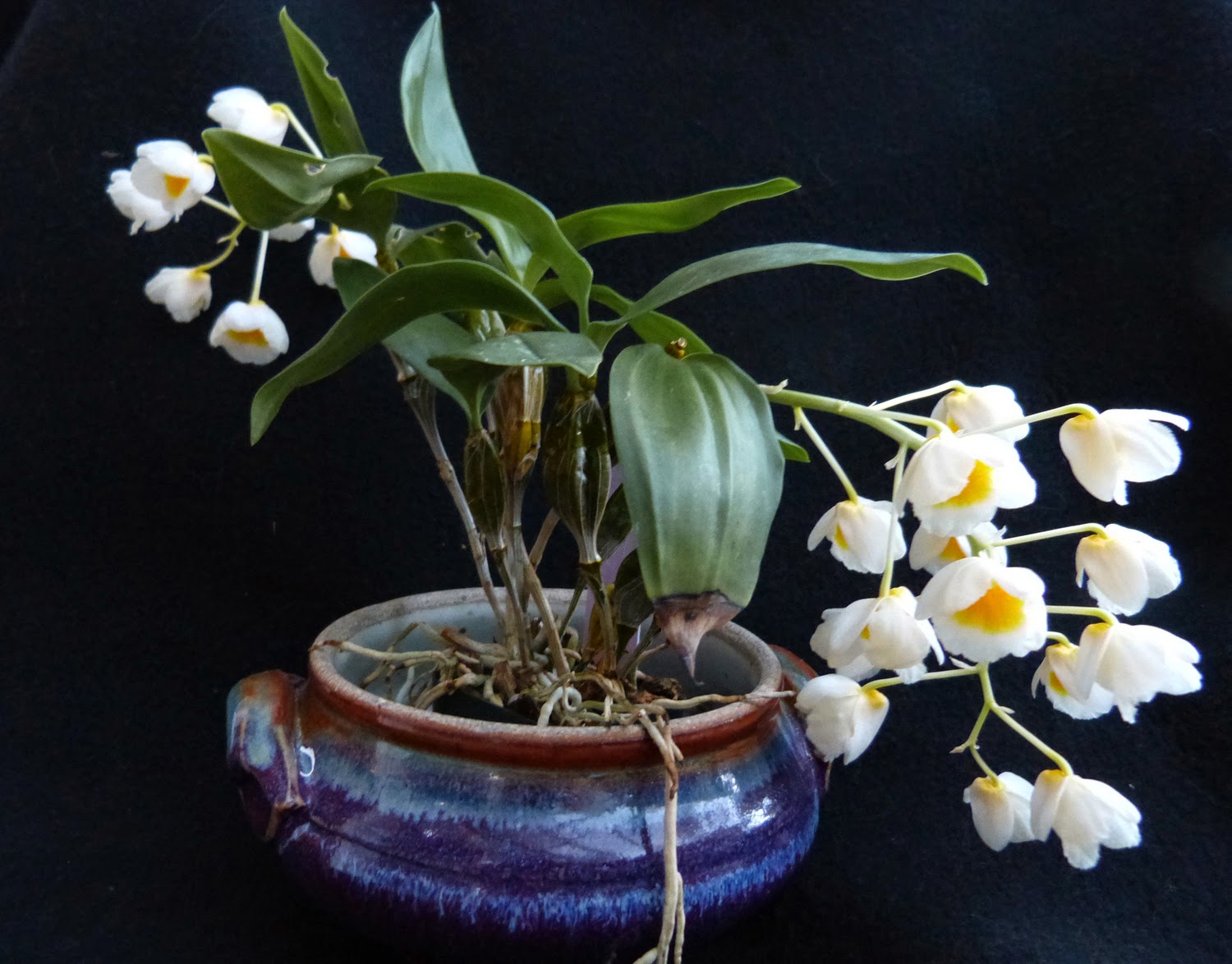 This summer I’ve had a couple of fragrant surprises from the Dendrobium side of the greenhouse. The first was a little Dendrobium palpebrae that had been quietly and unobtrusively growing in a corner, but suddenly burst out with big pendant sprays of white flowers with bright yellow centers. Best of all, they were strongly fragrant, smelling distinctly “perfumey” in a designer-fragrance sort of way, but in a good way. They had a sharp scent that was a bit like a combination of geranium and patchouli, amber (in the mass-market sense) and lily-of-the-valley. Nice, but not something I would want to reproduce since it’s too similar to many other perfumes. 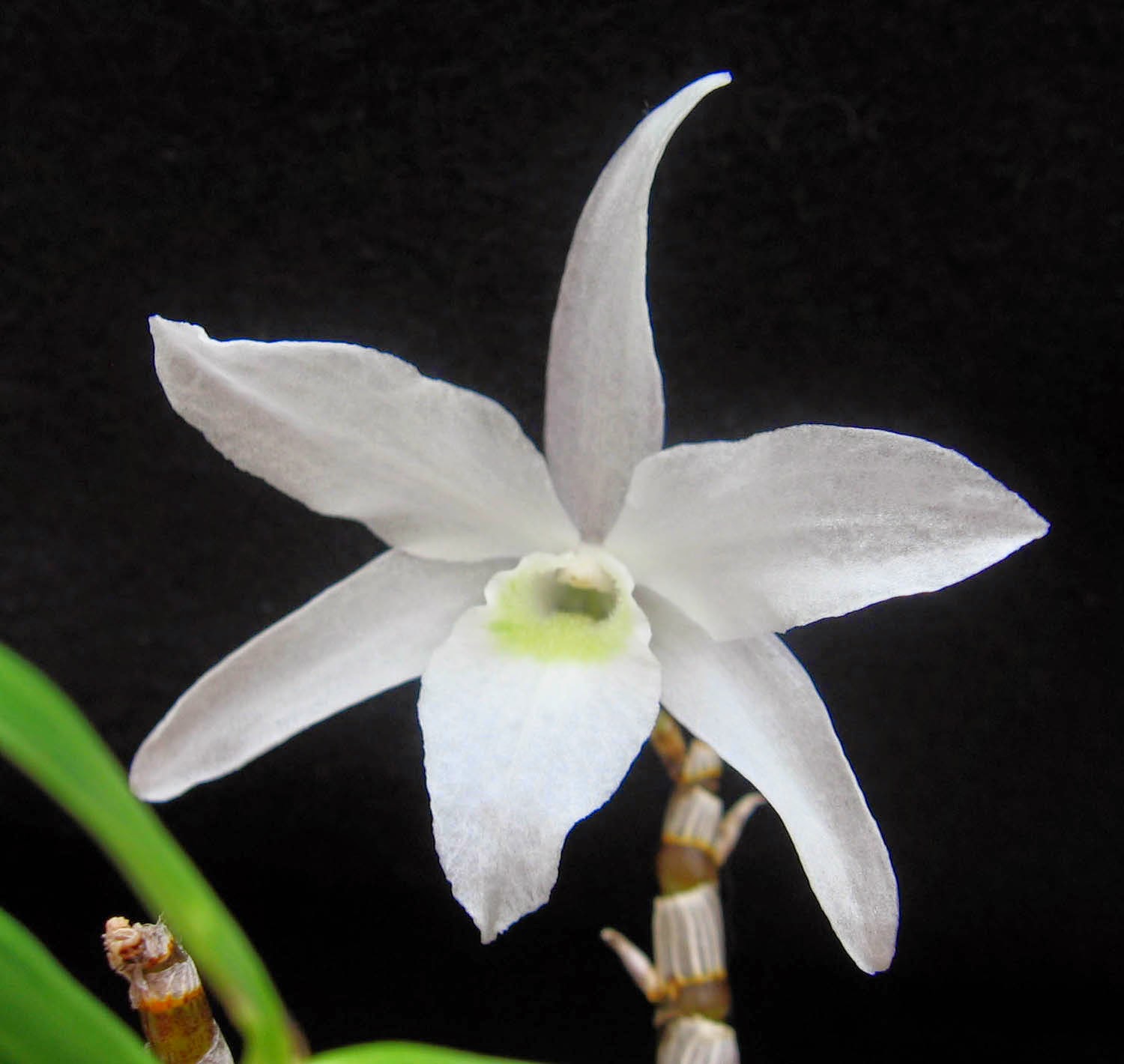 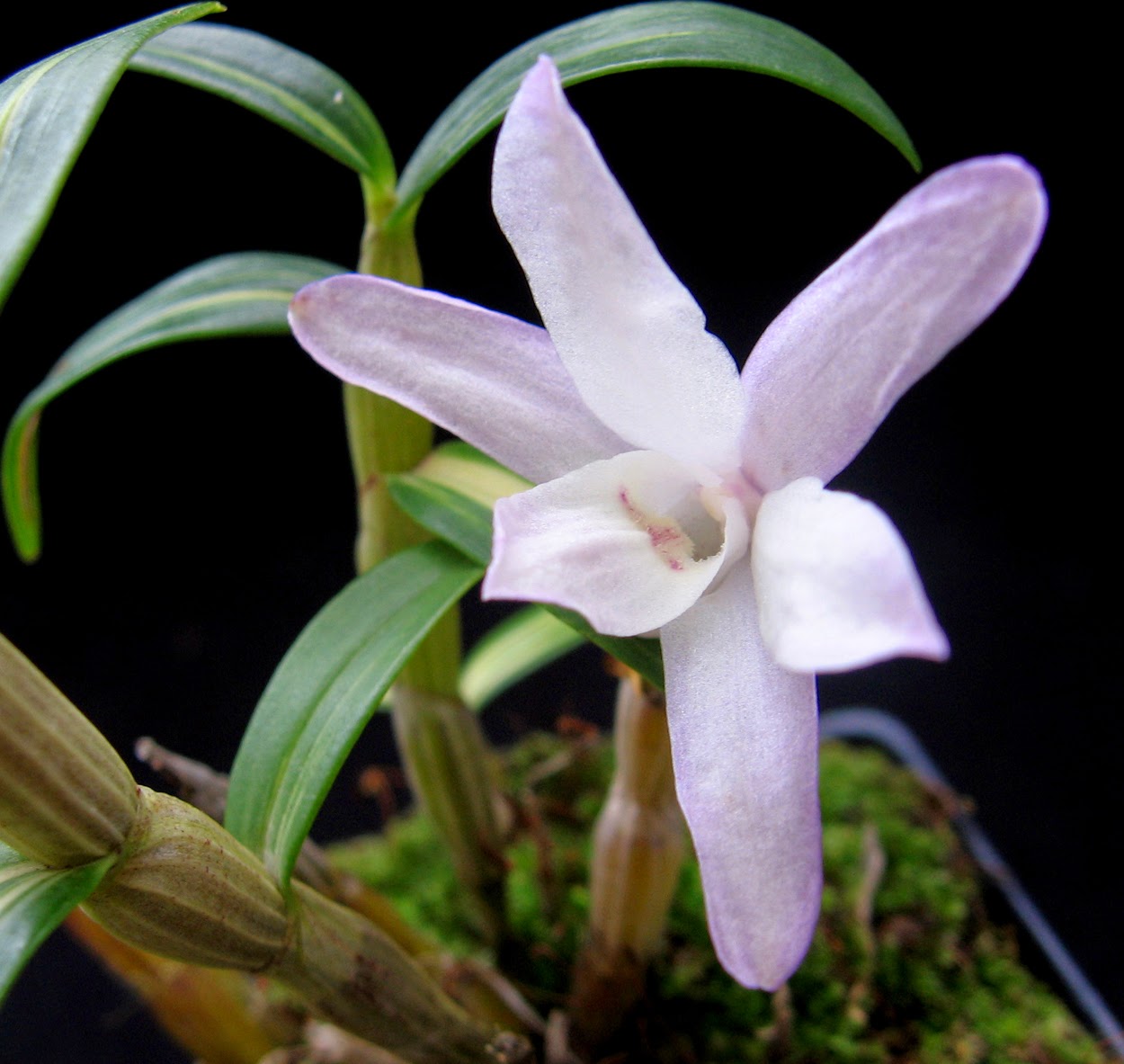 A couple of years ago I made a perfume based on the fragrance of another Dendrobium moniliforme variety, ‘Osafume’. Those flowers have a delicate anise-like scent, but the ‘Kinkaku’ flowers are totally different. In fact, I smelled them in the greenhouse before I saw them. They have a strong fragrance like rose-scented soap enriched with spices, especially nutmeg. When I smell these flowers, I could swear it’s some sort of fancy lotion. It’s not something I want to mimic, but it’s fun to smell flowers that appear to reproduce typical manmade scents that we think of as smelling "synthetic". It’s also interesting to observe how different cultivars of the same species can have dramatically different fragrances.