BACK ONLINE WITH WOOLLY THYME 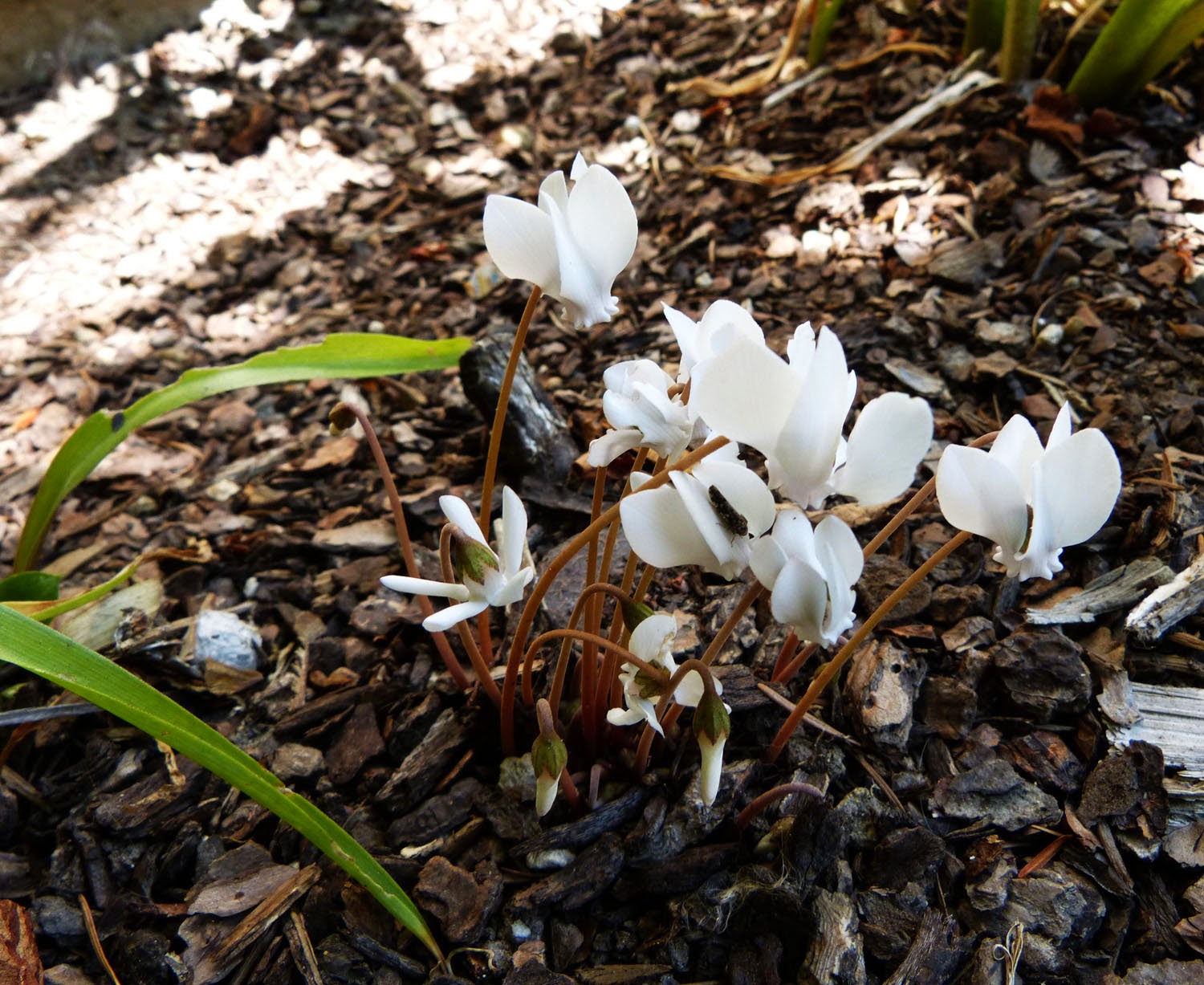 Finally I’m back online after a long and widespread outage of Frontier, who is our DSL provider. The most frustrating thing of all was that when the service first went down Michael and I each spent over an hour on the phone with the Frontier folks, who first tried to blame it on the browsers that we were using (how can you use a browser if you’re not connected to the internet?) and then blamed it on our modem. The only bright spot in the whole story is that Frontier actually has real people that answer the phone, never mind that they have no clue that the problem is a major outage in their network, not our software or equipment. Anyway, this morning things finally seem back to normal.

For today, I’ll just kick back and say that I'm not sure why this white cyclamen is blooming in August, or even where it came from, but it's cute. The leaves in the left of the photo are from the tuberose plants, which are gradually getting up to blooming size. This is their second year, so maybe by next year, when they don't get stepped all over by painters ... one can always hope. 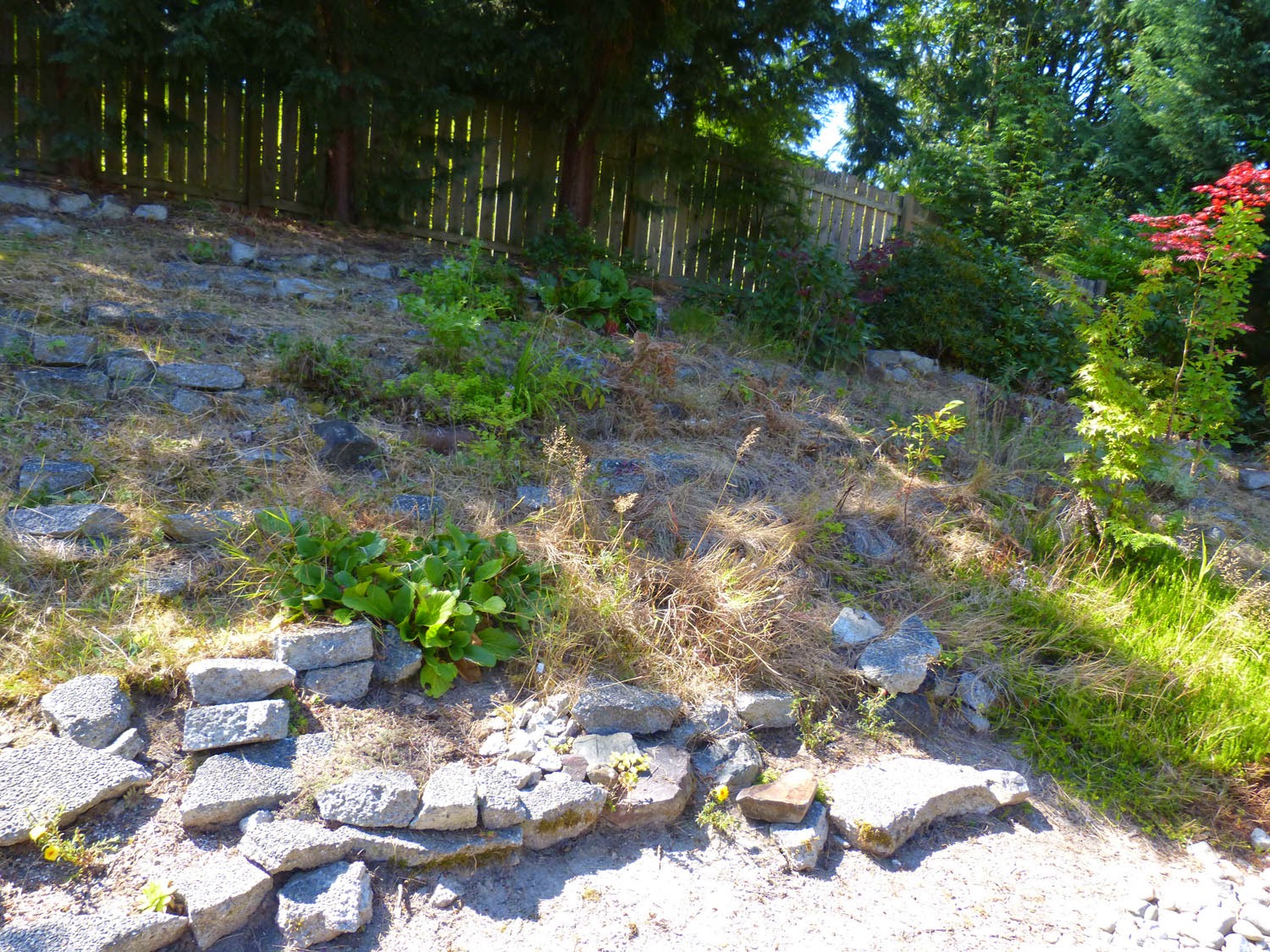 Anyway, this is really a post about another fragrant surprise in the garden, discovered during a desperate attempt to manage the out-of-control vegetation growing on the terraced rockery at the back of our property.  It’s a slope of about 20-35 degrees or more depending on where you look, apparently produced when the contractor took away part of a hillside to level the space where our house was built. I’ve been adding rocks to it gradually, and a few years ago when the local water company destroyed part of our driveway trying to find a leaking water main, I built terraces with all of the broken concrete pieces, which have gradually weathered to somewhat match the stones that were there already. In the back there was a jungle-like overgrowth of strawberry trees (Arbutus unedo), rhododendrons, and English ivy that had spilled over from the neighbor’s yard. The photo was taken after the clearing of the jungle. 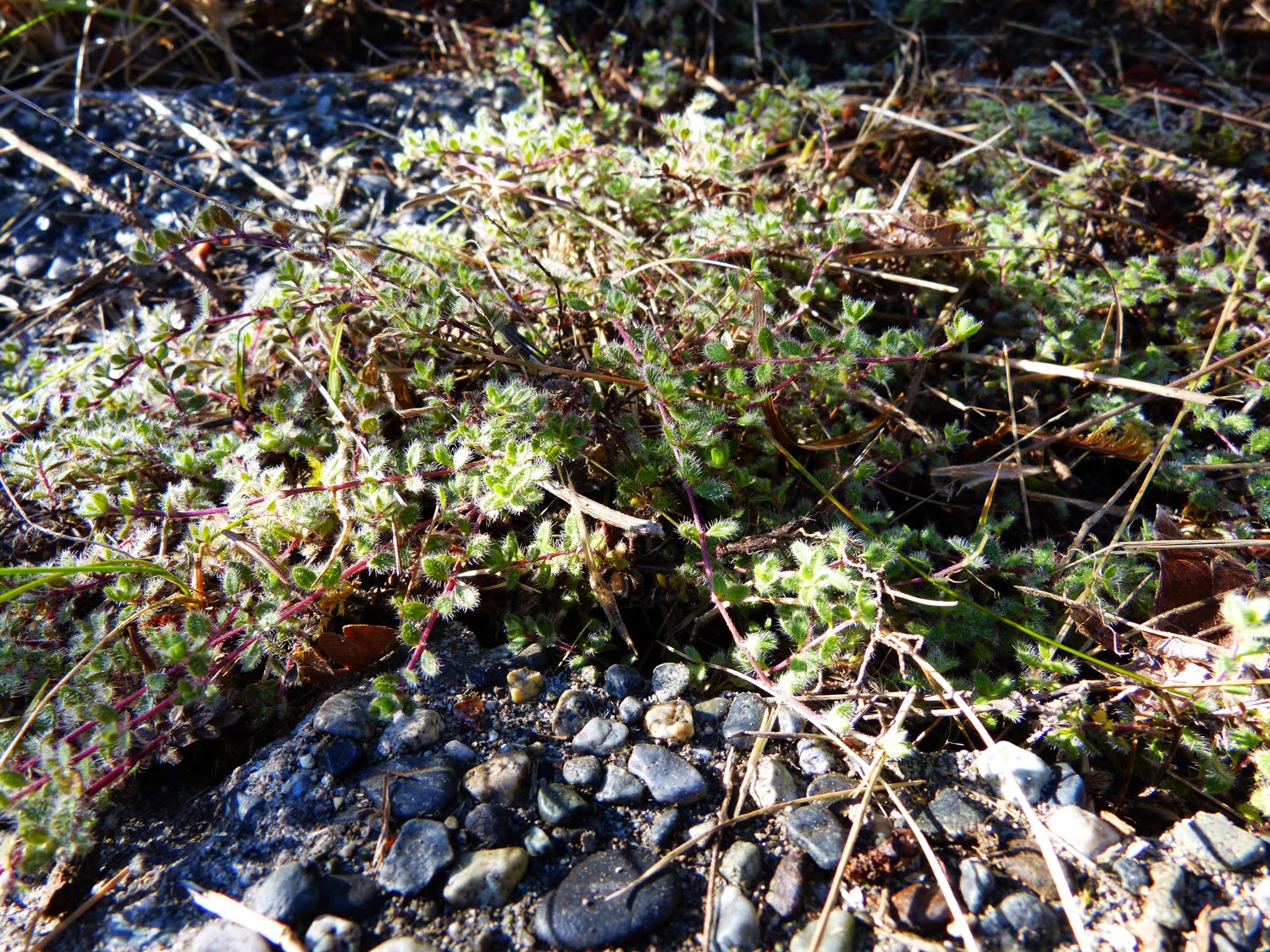 Lower down on the terrace everything was overgrown with tall grass, which is dry and brown this time of year. Eventually I’d like to eradicate the grass and replace it with various herbs and flowers, but for now it can be controlled with a weed-eater. While cutting the grass on the lowest terrace, I suddenly smelled a wonderful fragrance, like a mixture of lavender, thyme, marjoram, and something vaguely floral. It was coming from a mat of little fuzzy leaves formed by a small plants that I’d put there years ago and forgotten about – woolly thyme (Thymus pseudolanuginosus).

All of the descriptions of woolly thyme say that it has little or no scent, but this plant does. What’s especially interesting is that it seems to have a lot more fragrance in the evening than at other times. It was just serendipitous that I discovered it while working, because I like to work outside in the garden in the evening. During the day, while the sun is shining on it, it seems to have very little scent. It’s not simply a matter of temperature or humidity bringing out the scent because even if I crush the leaves the scent is much less during the day than in the evening. I know flowers adjust their fragrance according to time of day, so I’m not surprised to find that herbs do this, too. If I had enough woolly thyme to distill, I would want to pick it in the evening.

[All photos are mine]