CYPRESS, CYPERUS, AND A MYSTERY CUPRESSUS 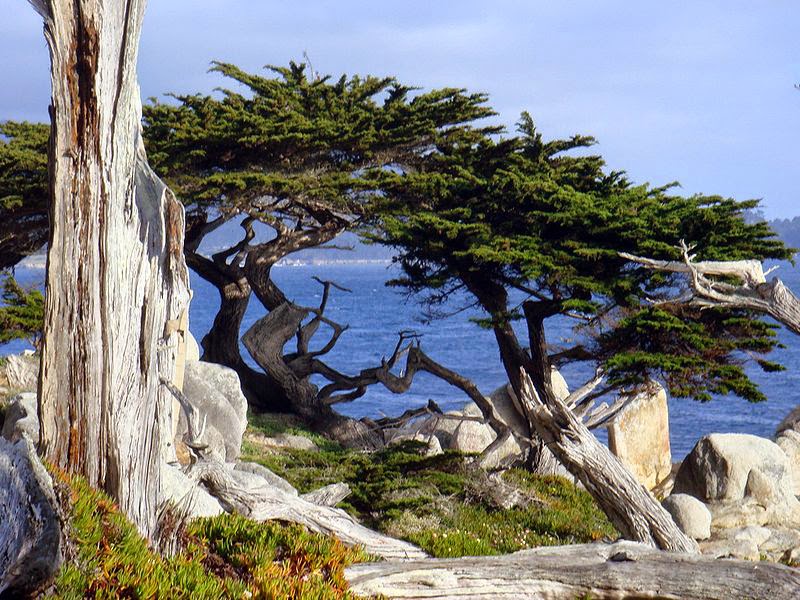 This post was prompted by a new material that I discovered at Liberty Naturals called “round cypress” or “Cupressus rotundus”. I started out with a small amount to sample, but quickly became fascinated by it because it was the closest thing to real oud that I’ve smelled. Clearly it’s not oud, but it has a lot of the same woody-barnyard notes initially and the sharp “varnish” drydown that I smell in some varieties of oud. In short, it would make an excellent base for an oud-based scent, and raises the question of whether it’s actually used in India and elsewhere to adulterate “real” oud oils.

I was curious about what this ”round cypress tree” might look like, so searched online for it, imagining that it looked like the Monterrey cyprus in the photo above. The only thing that came up was the certificate of analysis sheet from Liberty. According to this source, Cupressus rotundus comes from India, is 100% natural, wildcrafted, steam distilled from the root, and – get this – comes from Cyperus scariosus [photo at above left], not “Cupressus rotundus”, or even Cyperus rotundus. There is actually a Cyperus rotundus, aka “nut grass” or “purple nutsedge” [photo in oval frame, below], whereas Cyperus scariosus is a larger plant, also known as “nagarmotha”, and is the source of cypriol. Both have tubers on the roots that can be distilled to yield oil. Are you confused yet?

There are about 600 different species of Cyperus distributed throughout the world, all sedge-like grasses that include ornamentals like umbrella papyrus, so it’s anyone’s guess as to which Cyperus species (or mix of species) this is.

I am extremely grateful to Liberty for publishing the certificate of analysis because it confirms what I suspected – that this material is not what it says it is (an imaginary species), and there is no way of really knowing what it is. It also confirms my skepticism about the accuracy of labeling on anything coming from India. Having said that, it brings up an interesting dilemma that every perfumer is sure to face at some point or another. What to do about attractive materials of dubious origin and composition? 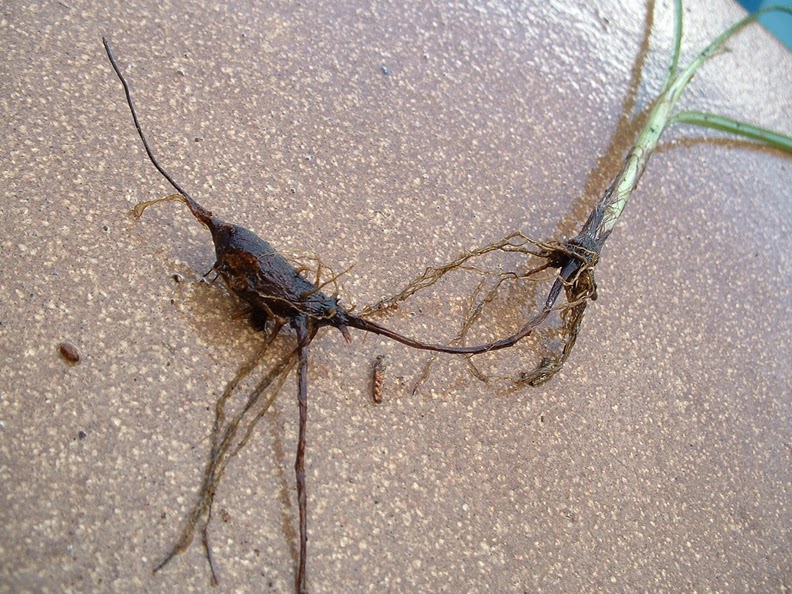 On the one hand, I’d like to clear up the mystery of what “Cupressus rotundus” really is and not touch it until I do, but on the other hand, I want to use the material in a composition, even if it’s a single-batch fragrance that can’t be replicated later. It’s not standard nagarmotha or cypriol, so I ordered a big bottle of it for the purpose of making my own relatively inexpensive fine oud accord.

In the end, I suppose this is no different from using pre-mixed accords from Givaudan, Firmenich, or other big companies. Like the “Cupressus/Cyperus rotundus/scariosus” oil, there is no indication of what is in those, and they could become unavailable at any time, as could any oil or single aroma chemical. I suppose the bottom line is that if it smells good and is harmless, then we should feel free to use it while it’s available. Not an ideal solution, but a pragmatic one.

[All photos are from Wikimedia]
Posted by Ellen at 12:59 PM