IS THERE A READING PROBLEM? 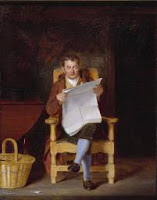 For those of us who teach (as I do in my parallel life), one routine and never-ending task is writing letters of recommendation for students or former students. In the old days, we would simply compose a letter, print out a hard copy and send it by snail-mail to graduate and/or professional schools, fellowship granting agencies, potential employers, or anyone else who needed information about an applicant. Later on, we would be given a link to upload a letter. This was all easy and straightforward, especially given that letters of recommendation are rather stereotyped in their general format, consisting of some basic boilerplate (how long I’ve known the person, in what capacity, etc…) that can be customized for each individual and each situation, while adding personal details. 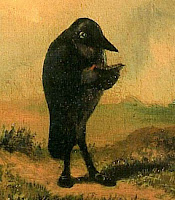 Lately, however, I have found that an increasing number of agencies and institutions not only want a letter, they want the same information that is in the letter broken down into bite-sized, numerically-graded chunks. If I were to conscientiously do that, it would involve restating the material in the letter multiple times, resulting in redundancy, a waste of everyone's time, and  the elimination of whatever generally good things I said about the applicant in the letter. A person is more than the sum of his/her selected attributes.  At best, the bite-size windows on the forms repeat verbatim various subsets of information that are already in the letter and, at worst, the questions are unanswerable, approaching the level of the infamous “if you could be an animal, what animal would you be?” question that sometimes pops up in job interviews.

The same strategy is now used by a number of organizations for which I do reviews – break everything up into small chunks and give each chunk a numerical score. The conclusion that I draw from this trend is that the people in charge have trouble reading an entire, coherent document, getting the big picture, and understanding what is explicitly and implicitly being communicated, or that no human ever reads the evaluations, which are coded by a software package. In any case, whoever or whatever is processing the letters seems to have trouble scanning a simple one- or two-page document and identifying the information that they want or need. Maybe they watch too many videos instead of reading. I don’t know. What I do know is that most of the student applicants would appear to have better reading skills than the people who are evaluating them.

The bureaucratic reduction of human beings to a black-and-white list of their “3 strengths” and “3 weaknesses” is just another symptom of the depersonalizing forces in contemporary society, which no doubt contribute to feelings of alienation, frustration, and discontent. In the real world, strengths can be weaknesses and vice versa, depending on circumstances, and a person is far more than the sum of a few arbitrarily chosen parts. Writing this sort of evaluation is like providing three low-resolution color separation graphics in yellow, magenta and cyan instead of a full, high-resolution photo complete with shades of gray. Why not just look at the full picture in all its nuances? Oh, silly suggestion. Someone would actually have to read the letter.