THE FUTILITY OF ASSIGNING PERFUME “QUALITY” 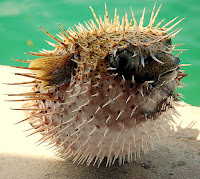 When I suddenly phased out my Monday review feature, I felt like I had to replace it with something. I thought of interviews with other perfumers, but decided that those had been done enough on other blogs. Right now I am in the process of trying to bootstrap a new feature that requires recruiting of other writers, but it will take at least a few weeks to get it going. 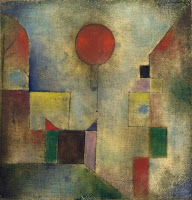 In the meantime, I am motivated to reflect on the current state of perfume reviewing, which seems to be taken far too seriously by far too many people on both sides of the aisle. Today’s rumination was a long time in the buildup, but the final straw prompting me to comment was Luca Turin’s post announcing that his four stars no longer mean four stars; in fact, they are actually an artificially inflated sop thrown to artisan perfumers whose work is, by his definition, inferior in quality to those perfumes to which he assigned four stars in the Perfume Guide. I must confess that I have never looked at the Perfume Guide and do not understand why one person’s subjective opinion should be regarded as the ultimate truth. I understand even less why Luca Turin feels the need to apologize to another blogger for his reviews and his rating system. 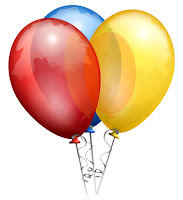 I can see the point that the trend of  bloggers to only say good things may not ultimately be in the best interest of anyone. First, this tendency may lead consumers to regard all reviews as insincere, negating the usefulness of the reviews and casting reviewers in the role of paid shills who collect free perfume in exchange for promoting it. I do not believe this, but the danger of such a perception by the public is real.

Second, it leads to the idea that perfumes that are written about constantly have high merit and those that are not written about as much must necessarily be inferior. The consequence of this perception is potentially damaging to those brands and perfumers who are not highly active in releasing a constant stream of new perfumes and distributing samples to bloggers. Damning by not mentioning a perfume could ultimately be worse than damning by faint praise or negative comments.

Third, the idea that perfume “quality” can be quantified and that there is a single standard for excellence is absurd. Evaluating the quality of a perfume is not like solving a simple mathematical equation where there is (usually) one right answer. Every individual has his or her own unique biology, history, and preferences. My scrubber may be your holy grail and vice versa. Evaluation of perfume is ultimately subjective, and reading a variety of opinions is valuable as well as entertaining, especially when reviewers do not pretend to be the ultimate authority on what is good for everyone. Perfume reviewers are like the blind men and the elephant, with each seeing something different from his or her own unique point of view. In the end, “each is partly in the right, and all of them are wrong”, but that’s not all. In the end, there is no coherent elephant to reconstruct from the parts. Perfume “quality” is in the nose and brain of the beholder. It's unique for each individual and even for a given individual it's a moving target.

If people in the perfume community try to come up with a monolithic definition of “quality” as an ultimate “truth” and use it to implement a simplistic one-dimensional quantitative rating system of zero to five, they will end up like Phaedrus in Zen and the Art of Motorcycle Maintenance, insanely sitting in a corner in a pile of their own excrement, beating their heads against the wall as they try in vain to capture an aesthetic and intellectual will-o-the-wisp and define the undefinable.

Back off folks, perfume should be fun, and so should writing and reading about it.