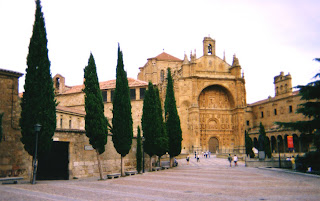 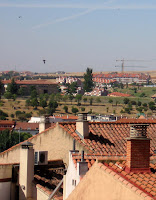 Salamanca is the second test fragrance that seems to have been well-received by most everyone who tried it, so I’ll be gearing up to produce it, too, at least for a while. Here are the remarks of the testers, only slightly edited to consolidate information about this scent:


GAIL
Initial impression: Sweet, smoke
4 minutes: More smoke, paper, industrial oil smell, oiled leather
33 minutes: Industrial oil smell has faded somewhat. Smoke remains. Noticing some earth, hay or grass and sweet flowers.
1 hour: Industrial smell gone but smoke remains. Perhaps vetiver? The same earth smell, hay or grass and sweet flowers.
2 hour: Dry grass, sweet flowers, light vetiver. The heavier smoky smell is gone.
6 hours: Just a light sweetness remains.
General comments: I found this to be the most interesting of the samples. The industrial oil smell I refer to is what I recently encountered when I opened a wooden crate that contained a wood chipper made in China. I could also describe the industrial scent as the smell of a fire burning high clay content paper and plastic. While I found the industrial oil scent intriguing, I was glad when it faded. I did a test a couple of days after this recorded test and found that the industrial smell faded a lot faster the second time. I like the dry aspect of “Salamanca”, the hay, earth and sweet flowers and would wear it as is with no changes. When I opened the envelope I was surprised to learn of the air-cured ham!

CELINA
It reminds of Leather Oud by Dior. However I like this one much more. It feels more refined. The woody- herbal side is a perfect combination.

Definitely immortelle in it. I love its dryness and the lack of sweetness. It feels arid and partly raw but in my books this is a perfect leather. It is really beautiful.

It is all about the leather, the other notes feel like a glove embracing it. They add complexity, enhancing all the aspects of the central leathery accord. For me this is just perfect.

Maybe other noses would prefer it less dry and feel it more accessible if there was a warmer undertone. I am not thinking about vanilla or tonka that are too much on the sweeter side. Maybe a warm tone with an animalic feeling that would embrace the leather. Maybe Labdanum in a very low ratio 0.01 - 0.001/1 ml of total extract. More like an aura and not a main player.

Also I like the soft smokiness. It gives more substrate to the base.
The herbal tones are a perfect match. They become more evident in the late drydown once the leather tones down. I love the woody accord. Maybe there was no intention to have a woody accord but somehow all the woody notes come together. They blend perfectly with the herbaceous earthy notes.

This leather is just glowing. Obviously I love it. One of the best modern leathers. 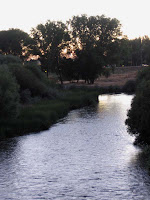 LAURIE BROWN
This is a fairly linear scent on me. At the very opening, just for an instant, there is a harsh note that fades almost instantly. Then the scent is very dry, a hayfield in late summer with no sweetness. I smell a tiny touch of leather. I think you hit this one right on the head based on your description- I tried it on a dry day and it was right with the feel of the day; I tried it on a very humid day and it made me feel better and less sticky! (ah, the brain is a wonderful thing) All the bottle needed was the sound of grasshoppers creaking around… I need to get hold of some mitti. I’ve tried to do a scent before that had grass and herbs and earth, and failed at the earth. I’m wondering if the mitti would do the trick.

JOAN ELAINE
First impression on skin: leather? cedar? birch tar? cumin?
Second impression, one week later. Upon application, seems so tightly blended, nothing is popping out at me. Has a smoothness to it, and an effect of smokiness that doesn't choke like breathing in smoke would - almost like the feel of smoking a menthol cigarette. Smoky, yet smooth.
15 minutes in, this one really builds a momentum on my skin, it's quite radiant, but no change. Mostly linear. A few minutes later, I smell a light floral note. Jasmine or rose? I would love more!
The dry down gets smokier, campfire smoky, but there is also a herbal scent in there, coriander perhaps? I quite like the drydown!
On paper, I smell a grassy note, and a minute later begins to get smoky/leathery. I can smell a floral note, rose? Is there a bit of tobacco in there? Salamanca smells better on paper than on my skin. On the right person, this would smell fantastic!

EdC
I find Salamanca to be dominated by the note that’s probably myrrh but that my nose keeps identifying as 3-in-1 oil. When I smell myrrh, it doesn’t smell like machine oil. But it doesn’t smell very strongly of anything to me – maybe slightly woodsy but not smoky. Yet when I smell the 3-in-1 oil right after the myrrh, I don’t smell the oil much either. I guess there’s something in common & I’m not very sensitive to the differences. Maybe my brain insists on identifying the unknown as the thing it knows better.
I’ve tried going from one sample to the next. The Salamanca seems much the biggest and the most like 3-in-1 oil. But I also get a lot of frankincense and maybe just a touch of orange. I like the frankincense I own but it is a very short-lived top note. The frankincense in Salamanca lasted at least 3 hours. So Salamanca is my favorite of these three [the other two are the different versions of Café V].

DIANA
You know what this smells like it me? A lovely new leather notebook and a pair of brand new leather shoes. It's a great smell, and incredibly identifiable. As a journal writer for most of my life, I know and love this smell. To me? Smells like new beginnings. Looking over the brief you wrote: I think it's a good description. I get all the things you mention except for the ham (okay maybe a little smoked meat in there, but on me its overwhelmed by leather). Grass, leather, the faintest hint of immortelle -- all there. I love how musty/dusty it smells -- a good old used book store! My favorite of the group. So pretty and so familiar and beloved a smell it makes me feel a bit verklempt. Wonderful -- don't change a thing!

INES
I really enjoyed this one, the dry, sharp beginning but in my mind it smells more enviromental than perfumey. Which I guess is what you were aiming for. The smell of the city. It really smells like a person being somewhere and smelling around himself. Plus, I really like the idea of leather and polish, it reminds me a lot of shoemakers shops when I was little. It's strong, potent, dry as dust but also sharp with a herbal tinge (like a very fragrant shrub). On me it basically dries down to the same thing it started from, only less sharp and dry. 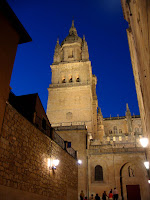 There seem to be two camps on Salamanca, those who smell machine oil and/or notes unrelated to anything that’s in the mix, and those who smell dusty dry grass and leather. For the life of me, I can’t figure out why there should be this bimodal distribution, but it seems to be fairly typical of population reactions to perfume, when enough people sample it. It must have to do with the genetics of olfactory receptors, or maybe it’s simply different experiences, in this case recent experience with machine oil of certain types. It’s possible that the mimosa absolute that I used comes across as “oily” to some people, since it does have an odd, sharp note at the beginning. There’s no smoke, although people seem to interpret the vetiver or some aspect of the leather as smoky, and I can certainly understand how either or both of these might seem smoky. I think on the whole, though, people perceived pretty much what I set out to represent - a dry, dusty, leathery, grassy, herbal scent with the woodiness of vetiver and just a touch of sweetness added by the mimosa and immortelle. 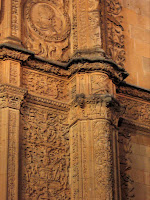 On the whole, the reactions were positive enough to encourage me to go ahead and produce Salamanca for as long as I can obtain the materials that go into it. It contains a quite a few natural materials, including a wonderful vetiver-mitti codistillation that I used in the dry grass accord. To my surprise and chagrin, soon after I formulated Salamanca, the supplier stopped carrying the vetiver-mitti combo along with a lot of other materials, so unless I can locate a new source, Salamanca in its present form will be a limited edition. However, I have a decent supply for now, so onward with this one!
Posted by Doc Elly at 12:51 PM