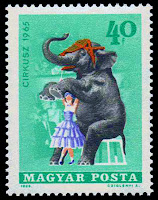 To follow up on my last post before I hurry off to another orchid show, this one in Seaside, Oregon, I’d like to leave you with another one of the elephants in the room that I started parading a while back. This elephant is advertising. As you may have guessed, the psychology of advertising is a pet topic of mine. I think about it, I analyze it, but I am still in a quandary as to how to apply it effectively in my own fragrance marketing.

The question of the day is, “How little is too little and how much is too much?” There are a few perfume vendors, mostly retailers that carry multiple lines but also some individuals, that send me e-mails on a weekly basis, or even oftener. If the messages mostly contain information that I perceive as irrelevant to me, after a while I get annoyed and start marking them as “junk” so that they get banished to the great spam graveyard in the ether. If the company did send me something interesting and relevant, I’d never know it. 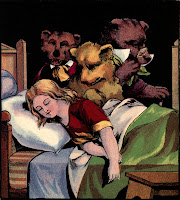 Obviously bombarding people constantly with e-mail, Tweets, Facebook invitations, or other such stuff isn’t a good strategy. But perfumers and other businesses do need to inform customers about new items and special offers, and just remind them to go browse from time to time. I think Luckyscent has it about right, at least for their purposes. They send an e-mail once a month or so with notifications about new items and a special offer sample pack. One of the growers that sells infant orchid plants sends out an e-mail with new items and special offers once every 2-3 months. More often than not, these e-mails spur me to order a Luckyscent sample pack or check out Carmela Orchids’ latest flask and plug lists and see if they have anything I want. My own goal is to send out newsletters on a quarterly basis, always with some sort of special offer.

Not enough visibility, and one slips through the cracks. Too much and it’s just annoying noise and people stop paying attention. It’s the delicate balancing act of trying to stay on the peak of the Wundt curve, that magical mathematical function that’s applicable to just about everything in life. 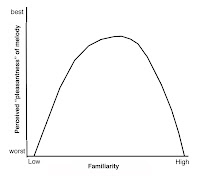 Originally developed by German psychologist Wilhelm Wundt (1832-1920) to quantify the relationship between motivation and performance on a task, among other things, the original inverted-U-shaped Wundt curve quantifies what Goldilocks always knew. However, it seems to have been largely forgotten by contemporary psychologists, despite its near-universal relevance. Too big isn’t good, too little isn’t good, it has to be just right. No motivation, and performance is poor – enter the slacker actor who didn’t memorize his lines. With too much at stake, enter the performer who is over-prepared but frozen by stage fright because he’s so eager to succeed, or lacklustre because he's sick and tired of the material. Music is perceived as most pleasant when it's somewhat familiar sounding, but not too familiar. There’s always some sweet spot where performance is optimal.

Of course that sweet spot is not only delicately poised atop two slippery slopes, it’s a moving target because it’s different depending on circumstances and the intended audience. What do you think about frequency of fragrance advertising? What induces you to check out a website or make a purchase? What turns you off?

[Elephant and Goldilocks graphics from Wikimedia]
Posted by Doc Elly at 9:37 AM