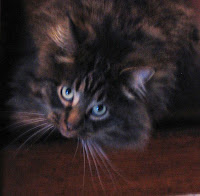 New Years resolutions are designed to be broken. Who wants resolutions or rigid rules anyway, when life is so unpredictable? I was thinking about this today while playing with our new cat. We had resolved not to have another cat, given the fact that any sort of pet is a huge responsibility, so we can’t be completely footloose and fancy-free, taking off for weeks of travel at a time. Of course, this is assuming that we could actually take off and travel for anything not work-related. Just when we were enjoying being pet-free, another cat entered our home and our life. More on the new cat soon, as he settles in.

So in the absence of resolutions, what would I like to do in the new year? First of all, I would like to make more time to post regularly here. I love writing for the blog because it makes me think about a variety of issues both related and unrelated to perfume. My goal is to post at least once a week, ideally at least 2-3 times a week and not go through those funks when I don’t post because it’s been too long since I posted. 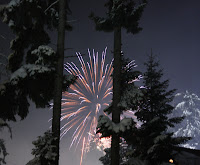 Every so often I wonder if I should change my blogging style a little. I often read comments by readers of perfume reviews and blogs saying that they “only like to read positive things”, they “don’t like satire”, and they “don’t like politics”. Should I try to only say positive things, adhering to the old saying, “if you can’t say anything good, don’t say anything at all”? I think not, because if no one ever criticized anything, the status quo would remain forever, things would continually deteriorate in all areas of life because no one feels comfortable saying what they think, and wrongdoers would be allowed to get away with anything they choose. 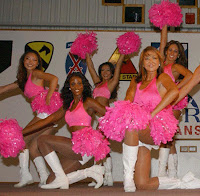 I’ve spent most of my career in academia, where people seem to adhere to the opposite advice: “If you can’t say something critical, don’t say anything at all”, so this is the modus operandi most familiar to me. It’s not in my nature, nor has it been promoted through my nurture to be a cheerleader who indiscriminately spews verbal rainbows, unicorn fluff, candy hearts, hugs, and flowers all over the place. It’s not in my nature or nurture to try to say good things when I don’t feel good things. I’ve thought about the possibility of trying to be more warm, fuzzy, and positive, but dismissed it immediately. It’s not who I am. I hope that by not engaging in positive hyperbole whatever positive statements I make will be all the stronger and more credible.

I don’t usually write satire here, but I do occasionally engage in sarcasm, which may turn some people off. I sometimes write about politics and social issues at various levels because it’s part of what interests me. When I feel positive, I’ll say positive things, and when I feel negative, those who don’t like negativity, don’t have to read. That’s my resolution of the dilemma of whether to try to cater to the broadest possible audience by being more positive, bland, and strictly on-topic.

Another perfume-related goal for this year is to get better at networking and promotion. So far I’ve been fairly negligent about using Facebook, Twitter, and other social media to network with the perfume community and promote Olympic Orchids. I haven’t systematically sent out samples for bloggers to review. I’ve just sent samples as gifts to people I enjoy interacting with in person or online, or sold discovery sets to customers, with no expectations that they would be reviewed. It’s been pure luck that, in many cases, reviews did appear. I’m eternally grateful to all who have reviewed my creations, but I know I should do a better job of making sure that happens.

I think the goal of better networking and promotion is the big one for this year. I’ve gotten to the point where I have everything I need to create good fragrances, in reasonable quantities. Packaging could be more sophisticated and slick, but that might be a goal for next year, not this one.

Today’s goal is to get outside and enjoy the magnificent sunshine that we’re having and to kick back and enjoy the last few days before classes start again next week.