CHOYA LOBAN - SMOKE OF MY DREAMS 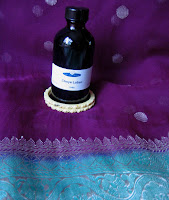 One of the high priorities on my to-make list is a scent that in some way re-creates the odors that I experienced years ago in India. It’s an intimidating task because there are an uncountable number of them, and there’s a serious risk of combining so many incompatible things that the mixture becomes a complete mess. One of the key notes that I have envisioned for this scent is a smoky one, something reminiscent of the burning cow-dung that is (or at least used to be) hanging in the air everywhere, all the time. I know this sounds awful and disgusting, but burning cow dung is actually a pleasant, campfire-like scent. After all, it’s just semi-digested grass briquettes and it smells a lot better than American barbecue charcoal. I considered a lot of different things including cade and birch tar, but when I got a bottle of choya loban I knew I had found the holy grail of smoke scents, at least for the purpose of this formulation. It may prove to be useful in making “burning incense” notes, too.

Choya loban is a thick, almost black liquid distilled from the Indian species of frankincense, Boswellia serrata, which has a lighter and more citrus-like scent than any of the African species. From what I’ve read, the distillation of B serrata resin “tears” (the dried sap exuded by the trees) is done in clay jars, so that the result smells smoky, earthy, and just a little resinous. Perfect. Today I mixed up an experimental base using choya loban, sandalwood, and a few other things. It wasn’t perfect (what is, the first time around?) but it turned out better than I expected, and I almost like it too much to combine it with other things. I’m sure I’ll change my mind after I get used to smelling it, though.

I can see that the Indian scent is going to be an ongoing project for a while, along with the orchid scent, Osafume.
Posted by Doc Elly at 7:32 PM