AN OPEN LETTER TO THE US CONGRESS 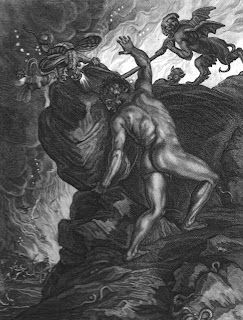 Today’s post is one of my periodic soapbox rants evoked by reading the news, and doesn’t have anything to do with perfume, at least not directly. However, I can rationalize anything, so will point out that in a bad economy many people sink lower on Maslow’s hierarchy of needs, rendering luxuries like perfume more or less irrelevant. This is about the US economy, so read on at your own risk.
WARNING: Contains strong political opinions that some may find offensive.
-----------------
The current budget impasse in the US congress would be a hilarious farce were it not being played out in real life, making it a tragic commentary on the state of the country. Anyone who has a minimally functioning brain should be able to see that the irresponsible policies of the last Bush administration are moving toward their logical conclusion, but the public, the media, and the country’s so-called leaders seem to be largely in denial of this fact, preferring to blame Obama for the disaster course that he inherited and is powerless to change short of exercising comic-book superpowers.

Think about this scenario. A staunch Republican decides to give up his steady, well-paying job at a large corporation to take a low-paying, part-time job with a small company that’s chronically in debt and about to go under. At the same time, he buys two very expensive mansions with no money down. He can borrow for a while to pay the mortgages and feed and clothe his young children, but very quickly runs into financial difficulty when his credit is maxed out. What should he do? Starve his children and default on his mortgages, or do what his well-educated financial advisor suggests - sell his oversized houses and go back to a job that provides a good income so that he can feed and educate his children? I don’t think even the obstructionist Republicans and tea-party radicals in congress would choose the first option in their own lives, even though they advocate it for the country.

For those who aren’t good at figuring out blatantly obvious allegories, the “job” is tax income. Eliminating taxes for large corporations and the extremely wealthy means giving up a steady income from a reliable source that has ample resources to provide it. The successful corporate employer benefits from their employee’s well-compensated work, just as the real-life corporations benefit from a healthy economy and solid infrastructure. The low-paying, part-time “job” with a small, financially shaky company is akin to the government depending on taxation of the poor and middle class to provide all of its needs. The “mansions” are the wars in Iraq and Afghanistan. Not only are the mortgages sky-high and financed with no money down and borrowed payments, but the structures themselves are money pits, in constant need of maintenance and repairs. These ill-conceived military operations are the biggest place where expenses could be cut, but the military budget is treated as sacred and unalterable. The “children” are those who depend on the pittances doled out by social security and medicare, and all of us who depend on the country’s crumbling infrastructure.

The writing is on the wall, folks. As the gap between the haves and the have-nots widens, the US is on track to become a third world country. Without some correction, the military and corporate parasites will at some point kill their host and then everyone will go down together, the poor, the middle class, the soldiers, their commanders, and the filthy-rich CEOs along with them. It will not be a pretty sight, but the consequences of stupid and irresponsible behavior are never pretty.
-----------------------
If you live in the US and agree with this post, please feel free to share it (or some part of it) with your congressional representatives and anyone else who might be interested. If you don’t agree, then it’s theoretically a free country, so you can ignore it and think what you like.

[Sysiphus graphic, which here represents the frustrations inherent in politics, is by Bernard Piccat, 1731]
Posted by Doc Elly at 11:53 AM