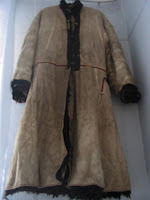 A couple of days ago I read an interesting post by Dee Howe on how she learned to love Cuir de Russie, which she had previously hated, simply by reading lots of positive reviews. One commenter labeled the post “fascinating and disturbing”. I would wholeheartedly agree with that evaluation. As a perfumer, I’d go a step further and label it “frightening” because the implication is that the first reviews of any newly-released perfume could make or break it. Everyone who reads the reviews would be drawn toward the positive or negative opinion of the reviewer(s).

As a neuroscientist, I naturally thought about why it is that our perceptions of perfume are so easily manipulated by expectation. Olfaction is a weird sensory system. It’s well-known that receptors in the nose undergo short-term adaptation, but what may not be so well known is that specific types of odorant receptors can increase or decrease in number depending on exposure to an odorant. However, the receptors, labile as they are, are just the beginning of the process of smelling. 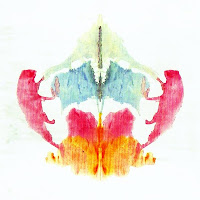 The way information about odors is represented in the central nervous system is not at all straightforward. The same set of neurons may be active in response to a whole host of different odorants, which may have little in common with respect to chemical structure or perceived odor. Not only that, but almost all of the odors that we smell are mixtures of many different molecules. I think it’s fair to say that most of our olfactory neurons are active most of the time. The pattern of activity across neurons and across time may be strongly influenced by context. 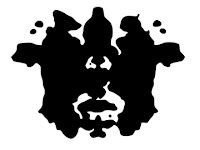 Our cognitive task is to organize these spatiotemporal patterns of activity into whatever interpretations make the most sense. It would be sort of like a dynamic Rorschach test in which we look at abstract, moving patterns and have to organize them into shapes or concepts that we can understand and articulate. Being told beforehand what to expect makes the task a lot easier. If we’re primed to expect a flying bat, or a crying baby, that’s what we’re likely to see. If a reviewer tells us to expect rotten horse manure, or expensive leather, that’s what we’re likely to smell.

I know that my olfactory perception has changed as I’ve worked with perfumes and raw materials. When I first started, I couldn’t stand the smell of “teak” (a synthetic woody note), but after experiencing it multiple times alone and in finished compositions, I’ve come to appreciate its role in perfumery. Maybe my receptors for it have been down-regulated, to use the scientific jargon for elimination of some of them. Maybe familiarity makes the heart grow fonder. I don’t know.

The other thing that I’ve experienced is that I’ve become much more sensitive to all types of musks, and I think this has to do with cognitive organization rather than receptors. Instead of musks being an incomprehensible pattern, I’ve learned to recognize a pattern that’s common to all of them, as well as the features that differentiate between the different ones.

So it is with perfume. Liking or disliking a perfume isn’t as simple as picking a synthetic musk out of a crowd of other molecules, but it may involve reorganizing patterns from ones that are disliked into ones that are liked, kind of like switching from seeing the mother-in-law to the wife in that classic ambiguous figure.

[Graphics adapted from Wikimedia]
Posted by Doc Elly at 11:54 AM