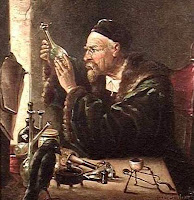 I know there are many reasons for reformulation of perfumes, usually attributed to to lowering the manufacturing cost, but they could also be because a material has become banned, prohibitively expensive, hard to get, or no longer available. Lately, I’ve been facing a different dilemma.

It has to do with at least one of the orchid fragrances in my original line. Since I created them, quite a few new and better materials have either become available, or I’ve learned about and tested them. In particular, I think I could reformulate Red Cattleya to be lighter, brighter, and more watery (in the sense that orchid scents are “dewy and moist”, NOT aquatic), and more natural smelling. Additionally, I think reformulation would allow it to hold up better. 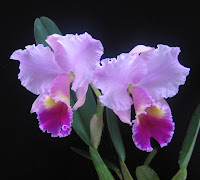 I generally go by the philosophy, “if it ain’t broke, don’t fix it”, but it’s really tempting to try and subtly improve on the existing scent. It wouldn’t be a cheaper formula. In fact, it might actually be more expensive, but that’s OK. I have mixed feelings about changing the formula of an existing perfume. I’m debating whether I should try that, or whether I should just create a new perfume altogether, “Pink Cattleya”, “Lavender Cattleya” or “White Cattleya”, for example?

Dear readers, what do you think about reformulations?
- Yes, they’re OK regardless of reason?
- Yes, but only if it improves the quality of the perfume?
- No way! Just make a new one?

[Painting of alchemist pondering whether to reformulate by Henri-Julien Dumont, 19th century]
Posted by Doc Elly at 10:22 AM