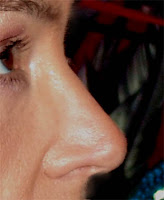 Since I’ve been giving out samples of my perfumes for testing, I’ve come to the fascinating, almost frightening, realization of how easy it is to lead people’s noses to smell whatever you want them to smell. In the beginning I started out with four orchid scents, but over time have added more than twice that many other scents that had nothing to do with orchids, or even with flowers. However, the original calls for testers had the word “orchid” in the heading, and I think people expected all of my perfumes to be orchid fragrances.

When I have people test my perfumes I like for them to do it blind, so I never provide any description or indication of notes. The variability in what people smell without any context is nothing short of amazing. The only thing I can conclude is that there is so much individual variability in people’s sense of smell that no matter what notes are actually in a scent there will always be some people who perceive it as floral, others as woody, others as citrus, others as animalic, others as gourmand, and so on, and so on. Some people will think it’s a light and cheerful scent, others will think that it’s heavy and depressing. Some people will love it, some will be neutral, and others will hate it. I thought the testing process would identify some clear favorites, but that hasn’t happened.

What has become very clear to me is that people will smell whatever they expect to smell, or some variation of it. When orchids are the context, people will smell orchids even in a scent that contains nothing but cedar, juniper, pine, and aromatic herbs. They will smell orchids in a labdanum-heavy oriental amber scent, a traditional eau de cologne, or in any other scent that you could concoct. Admittedly, part of the problem is that almost no one knows what orchids smell like, and those of us who do know realize that orchids can smell like just about anything, including cedar wood, anise, ylang-ylang, vanilla (after all, real vanilla comes from an orchid plant), artificial cherry, baby powder, chocolate, dead meat, or feces. The “orchid” note in perfumery is a fantasy name for a class of smells that have little or nothing to do with real orchids.

However, I suspect that even for notes like vanilla that are fairly standardized and universally familiar, people will be able to “find” them in a scent with a name or description that suggests that they are present, even if the perfume contains nothing of the sort. I would be willing to bet that many people will be convinced that they smell vanilla in a scent composed of nothing but cedar, black pepper, and cloves if it is named Sexy Vanilla Cream Puff.

I don’t think the suggestibility of our olfactory system is comparable to the phenomenon described by Solomon Asch in the 1950s on visually judging the length of lines. Those experiments showed that when asked to compare test lines with a reference line and choose the two that were equal in length, a sizeable percentage of people would choose the wrong answer if their peers had done so. People are extremely accurate at estimating the length of a line, so in that case, they would all have given the correct answer if asked individually without any peer pressure. The situation in olfaction seems to be much more complicated. The peer pressure phenomenon is there, of course, and is probably quite powerful, but my guess is that the tester sets up a search image that somehow organizes the complex pattern of olfactory-evoked activity in the brain to conform to that image. This probably works because a complex olfactory stimulus can have multiple interpretations, much like a mathematical problem that can have multiple solutions. Perfumers take advantage of this ambiguity by providing one solution out of many, a solution that then becomes the default.
Posted by Doc Elly at 12:53 PM