A TROPICAL FRAGRANCE FOR WINTER 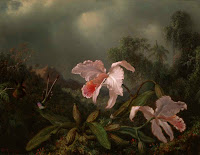 As if I didn’t already have enough to do, I was lured by the siren song of Lyn Ayre’s Tropical Challenge, a blog event in which perfumers are invited to make an all-natural tropical fragrance using no more than “17 ingredients”. I’m always up for a challenge, and little did I know how much of a challenge it would be to make an all-natural perfume using only 17 ingredients. It seems like a lot until you start adding things.

I wanted to avoid all the clichés of piña coladas, mojitos and coconut-scented suntan oil, even though Lyn’s post instructs us to use fruit tinctures, so decided to go for a dark, night-time tropical instead of a sunny day on the beach. It was also an excuse to buy some jasmine, tuberose, and orange-blossom absolutes that I’d been lusting after, as well as a whole array of freeze-dried fruits to experiment with. 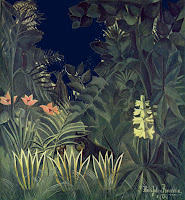 My freeze-dried mango tincture has developed nicely, and I’m sure I’ll use that. In the meantime, I’m waiting for some other more exotic freeze-dried fruits to arrive. What I’m not so sure about is where the whole thing will end up. I put together a base of New Caledonian sandalwood absolute, benzoin, ambergris tincture, Bourbon vanilla and hyraceum tincture, and that works pretty well despite my nagging thoughts that it would be improved by tweaking with a whole array of synthetics that I could add if it were not for the “all-natural” and “17-ingredients” restrictions. The heart so far consists of jasmine, tuberose, and osmanthus absolutes, and magnolia flower essential oil. It’s strong and it’s indolic, with all the nuances of blooming and rotting tropical vegetation, which was more or less what I had in mind. Michael reacted badly to it both times I tested it, saying it smells like “an old lady’s perfume”. I don’t know whether this is a good or bad sign, but it does tell me that the mix has excellent sillage and that the fruit and other lighter notes will help balance it in the end. 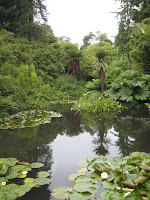 Whatever it turns out to be, I’ve decided to call it “Tropic of Capricorn” in honor of the theme and the astrological season when it was created. I’m sure Henry Miller wouldn’t mind. In fact, he wrote, “I wanted something purely terrestrial and absolutely divested of idea. … I wanted the dark fecundity of nature, the deep well of the womb, silence, or else the lapping of the black waters of death. …To be of night so frighteningly silent, so utterly incomprehensible and eloquent at the same time. Never more to speak or to listen or to think.” In fact, this passage somewhat expresses what I’m trying to do in this perfume – create an aura of tropical night redolent with the scent of exuberant, blooming life, quick death, and the rebirth that springs out just as quickly from the dead flowers, something sensed at a level that is below conscious thought.