THE SCENT OF EVERGREEN TREES – PART 1 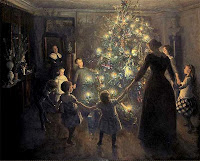 Several times this fall I’ve been treated to the beautiful sight of black clouds from a rainstorm in the east, with the sun shining horizontally from the west. When all of the deciduous trees were in full color, with yellows, golds, oranges, and reds they shone as if they were lit from inside. To put the finishing touch on the scene, there was a huge, full, double rainbow arching over the glowing landscape. It’s at times like this that I remember why I enjoy living in the Pacific Northwest.

Now that winter’s just about here, most of those brightly colored leaves have dropped off the trees, leaving only the green of the cedars, firs, pines, spruces, hemlocks, and other vegetation that pretty much keeps it green here year-round.

I’ve written about a few perfume materials made from evergreen trees, but there are so many that it seems like it’s always possible to find a new one.  In fact, I recently got a batch of new ones to see if there’s anything I like.

Evergreen oils are trickier to use in perfumery than one might think. Use a tad too much and you run the risk of your fragrance smelling like a pine-scented cleaning product or a Christmas-scented candle. If you think of trees as producing resins that function as base notes, think again. Evergreen oils may be made from the leaves, in which case they function mainly as top notes, or from the wood, in which case they’re generally top to mid notes, not the base notes one would intuitively expect to come from wood. When evergreen notes are listed it’s often not clear whether they are from the leaves, the wood, or an accord that includes synthetics, so they may be anything from fleeting, natural top notes to mostly synthetic base notes.

I’ve used evergreen notes in quite a few of my current line of fragrances. Long-leaf pine needle gives just a bit of freshness to the opening of Carolina. Western red cedar leaf oil has the fresh, aromatic green scent of the Pacific Northwest rainforest. I’ve used it as a top note in Olympic Rainforest and Kingston Ferry. Western red cedar wood oil (aka giant arborvitae oil), with its distinctive aroma, is a top note in Dev #1 and Dev #4. Olympic Amber contains a good bit of cypress oil, and Arizona is based on the scent of ponderosa pine and southwestern juniper. Atlas cedar, with its mild, resinous scent works as a fixative in several of my fragrances, including Little Stars and Olympic Amber. Some of the evergreen notes that I’ve used for special effects include balsam fir needle, black spruce, Port Orford cedar, and blood cedar.

To celebrate the season when people bring evergreen vegetation into their houses, I’ll be writing this week about some of the evergreen standards as well as the new discoveries that I’ve made.