MICROMANAGEMENT ON A RAMPAGE

Every time I read the news I see some new and ever-more egregious attempt to micromanage people’s use of perfume. Apparently there’s talk of IFRA banning just about every natural and synthetic fragrant substance known to man, as reported here (and elsewhere).

According to this article and other sources, the city of Portland Oregon wants to severely restrict or ban all of their employees from wearing any sort of fragrance. The argument by both IFRA on a large scale and Portland city government on a small scale is that “someone might be allergic to it”. Very true. Someone might be allergic to just about anything that exists in the world.

Think about the scope for allergies - the Portland mayor’s microscopic skin flakes that float around city hall, the trees and flowers (shudder!) that grow in city parks, formaldehyde and other fumes from carpet and building materials, seagull feathers, the soap and sanitizer in all of the bathrooms throughout the city, the peanuts in a candy bar, the honey in the neighborhood granola shop, the milk in a latte (I know that milk-latte is redundant, but it’s the local terminology), prescription drugs, the plastic components in a smart phone, the nickel in a piece of cheap jewelry, the wool in a suit at the most expensive men’s store, the stuff in a kid’s “flame-retardant” pajamas, pet cats and dogs …. 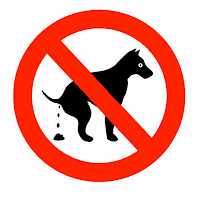 (lets ban dogs! Yeah!!!), the wheat flour in a cookie, the corn meal in a tamale, the pink slime in a hot dog, the grass in everyone’s lawns. Yeah! !!! Let’s ban lawns – how about that, city of Portland? And why don’t you ban roses and the Portland Rose Festival while you’re at it? Then your nickname could be The City of No Roses and you could have a bare earth festival – oh, sorry -someone might be allergic to bare earth. It will have to be the Portland No Festival. The list could go on forever.

If I have one perfume-related wish for the New Year, it is that IFRA and all other regulatory bodies stop trying to micromanage the manufacture and use of fragrances by severely restricting or banning materials that have been used safely for millenia and turn their energy to something important in the overall scheme of things. The earth is going to hell in a handbasket and all people can worry about is whether someone might be allergic to miniscule amounts of a material that doesn’t have a rich, powerful lobby promoting its use.

[Sneeze and Portland golf course photos adapted from Wikimedia. No dogs sign adapted from one that's commercially available and used on many lawns]