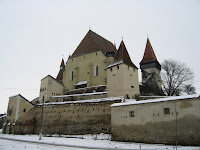 Occasionally I write on topics not directly related to perfume. Today is one of those days. Over my morning coffee I was reading an article about the huge amount of debt accrued by those pursuing a graduate education these days. This is on top of the enormous debt they have racked up to obtain an undergraduate degree. Graduates of higher education programs now commonly leave school with education debt the size of a home mortgage and little prospect of ever having a job with a salary adequate to pay it all back, let alone buy a real house, pay a real mortgage, and live the capitalist (or even the bohemian) dream. Faculty jobs are few and far between, even more so since most aging faculty can no longer afford to retire due to years of flat-lined salaries if not outright cuts, along with retirement accounts that have been sucked dry by the wheelers and dealers of Wall Street. The top 1% of university administrators and football coaches are another matter, but are not relevant to this discussion.

It’s easy to say that graduate students know what they’re getting into and make a conscious choice to live a life of poverty and/or indentured servitude to the finance industry, but unfortunately it’s more or less the same scenario no matter what career path a student decides to pursue. Even dentists and lawyers leave school with huge debt and have to work for years to pay it off. Given the unrealistic expectations created at every socioeconomic level by those whose goal is to “grow the economy”, everyone is encouraged to live beyond their means or else feel inadequate.

The whole myth that the economy must grow infinitely in order to be healthy has long been one of the sacred cows of the capitalist philosophy. However, capitalism, like any other system taken to its ultimate extreme, has the potential to backfire. The fact is that the earth and every society has a finite amount of resources. Those who are most focused on “growing” their share of the resources must inevitably, at some point, start taking resources from those who are less fanatical about amassing them. The result that we see now in the US is wealth that is concentrated in a tiny percentage of the population, represented by a few huge corporations that own practically everything, including the government. Capitalism has ended up taking us back full circle to a feudal society in which the new nobility are the corporate entities that make up the industrial-military-medical-financial complex and their rulers. The serfs and indentured servants make up the rest of the population, who must work like drones to keep the nobility in the style to which they are accustomed. Debt is one form of servitude. Scrambling to keep up with payments leaves little time to think about the situation.

The article on student debt quoted a Bruce Springsteen song lyric from 1982, which says “I’ve got debts no honest man could pay”. That pretty much sums up the situation of a great many honest people in the US today, not just gamblers in Atlantic City. I’m not sure what the best strategy is to reverse the trend toward neo-feudalism, but certainly the first step is to acknowledge it. I think the “Occupy” movement is an instinctive, albeit fuzzy, step in that direction. 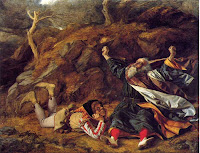 Every ruler needs his fool, even though they don’t listen to them until there’s a crisis, so I’ll end this with a fool's message to the one percent,

“With a heigh and a ho and a hey-nonny-no, pay your share of taxes and curb your greed, nuncle. Even vile vermin can’t afford to kill their host.”

[Castle and modern mansion photos from Wikimedia; King Lear painting by Willian Dyce, 18??]
Posted by Doc Elly at 9:43 AM