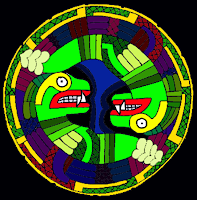 I’ve lived in a lot of exotic places, and one of them was Texas. Part of Texas culture is Willie Nelson, and one of the songs I remember hearing when I lived in Texas was an oldie of his from 1974, “Phases and stages, circles and cycles, scenes that we’ve all seen before…”. For some reason this song that I hadn’t thought of in years popped into my head when I was thinking about New Years. Last year I did a New Years post on this blog, and this year I’ve come full circle and am doing another one. Déjà vu.

This past year has been good. I’m still gainfully employed, my orchids are growing well, and the perfume business is starting to take off. 2011 was mostly spent mixing perfumes that have already been released for a while, packaging them, and sending them all over the world. I’ve made huge improvements in the production and packaging process, and am now set to produce in much greater volume than I could this time last year. In the meantime, development of new perfumes has slowed down a lot. Phases and stages. 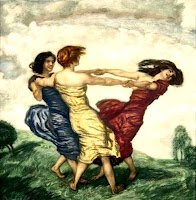 I have two new perfumes ready for release next year. The first is the rose chypre, which after much thought I’ve decided to name Ballets Rouges. Many thanks to Queen Cupcake and Gail, whose suggestions were hybridized to come up with the final name. You both win a prize! The second is Salamanca, a leather and dry grass fragrance. However, Salamanca cannot officially be released until I’ve secured a reliable bulk supplier for a couple of the hard-to-find natural materials I used in it. I originally got them from a vendor who has gone out of business and am currently searching for another vendor. I’m optimistic that I’ll find a source and that it will be a go in early 2012. Salamanca is one of my favorites, and I’d like to share it with others. [Celina, whatever happens, there’s a bottle on hold for you!]

My perfume plans for 2012 are to get back to formulating, focusing on an affordable but polished all-natural line and an upscale series showcasing some of the wonderful natural materials that I have obtained in relatively small quantities over the past year. These will probably be limited editions, and a little more expensive than my standard line, but still affordable. I’ll also work on a couple more orchid fragrances and scents of place. I would like to upgrade my website to a custom format instead of the ready-made template that I’m currently using, but realistically, this may take a while and require some help.

On the personal level, I don’t make New Year’s resolutions because I know I’ll just break them. However, I do make plans. I was inspired by Ines to try to downsize my huge collection of clothes, shoes, and costumes, or at least store the costumes in the communal stash for my theatre group, which is fortunately located at a site other than my house. I’ve already taken the fog machine there, and the clothing and props will follow, freeing up some space for storage of perfume materials.

I’m going to try to keep juggling, as I have been all along, living at least five lives in parallel, each with its own set of demands. I can’t give up a single one of them.

As I write this, I’m wearing 10 different Arabic perfumes simultaneously to celebrate the new year a day early (I’ve found one of the newly-arrived lot that I really, really like), and have successfully made my second ever batch of amaretto-walnut fudge, consuming several small cocktails made of 2/3 Sailor Jerry’s rum and 1/3 Amaretto in the process. I don’t think it’s an official drink, but it tastes good. It needs a name - any suggestions? People in my neighborhood are already setting off fireworks for New Years, so I guess it’s time to wish you a Happy New Year, and happy perfume sniffing to all in 2012!
Posted by Doc Elly at 10:59 PM