THE MAKING OF SIAM PROUN 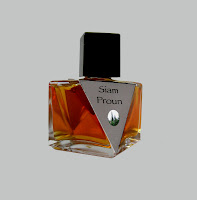 I sometimes write about the process of making specific perfumes, but there are a good many in my current production that I have only mentioned in passing. When I learned yesterday that Siam Proun was given one of Cafleurebon’s “Best of 2011” awards, I realized that it was time to write about it. 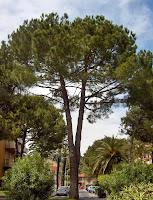 When I was a young teenager my family lived in Provence, in a lovely Mediterranean-style villa with a terraced garden around it. The property went by the name “Siam Proun”, which in Provencal means “we are sufficient”. I’m not sure where the name came from, but it has stuck with me. Living in the south of France was one of my mother’s long-held dreams, and Siam Proun represented the realization of it. That period was probably one of the happiest times of her life. 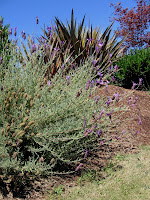 I’ll never forget the journey south from Switzerland, where the whole family had been living, from the bleak cold of November on Lac Leman to the relative warmth and lushness of the Mediterranean. We all felt like we had arrived in heaven. I remember breathing the warm, friendly air filled with the scent of rosemary, thyme, lavender, heather, and other greenery. The garden was pretty much filled with these herbs, as well as an umbrella pine and a couple of small citrus trees, probably lemon. Next door was a small orchard of fig trees whose trunks were always covered by a hoard of hungry escargots. 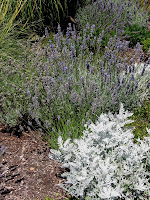 This past year when my mother was very ill I wanted to do something special for her, so I made a perfume just for her, and called it Siam Proun. I used a thick, woody, oriental-type amber base to provide warmth and topped it off with the scents of Provence - orange blossoms, heather, lavender, rosemary, thyme, and a touch of some other things like rose and yuzu, just to round it out. It turns out that this particular formula is one that needs to age for a while before everything is blended properly, and I didn’t realize how good it was until I smelled it much later, after it had been sitting for a while. In particular, the lavender combines with the patchouli in the base to produce a bright, sharp note that Michelyn on Cafleurebon described as “luminous”. I’ll go with that term. 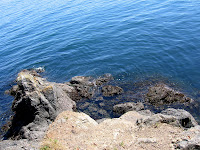 I think Siam Proun has probably turned out to be an oriental for people who generally prefer green perfumes, and maybe a green perfume for those who usually prefer orientals. Tarleisio wrote a beautiful review of it on her blog before it was even officially released. I can easily see how Siam Proun could evoke “the path to Mount Meru where the world began, a frieze of beautiful temple dancers, dancing for the glory of Vishnu just above the milky ocean”. For me, so many years ago, a villa in the Alpes-Maritimes was the center of the universe, a magical, mythical mountain covered with cork oaks, flowers, and herbs just above the sparkling indigo blue and turquoise sea, a place that can only be revisited in dreams or perfume-induced fantasies. I like to think that my mother was able to revisit Siam Proun, Mount Meru, and everywhere else that her dreams took her in the last months of her life, and that the perfume helped facilitate these visits.

Finally, I’d like to thank Michelyn and Cafleurebon for honoring Siam Proun with their recognition. I can't think of a better way to end 2011.
Posted by Doc Elly at 5:30 PM