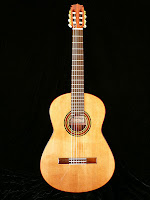 According to the UN Environmental Program as cited here, about 150-200 species of vertebrates, invertebrates, and plants go extinct every day. This rate of extinction is unprecedented in history and can be directly attributed to the exploding human population and their reckless activities.

My thoughts on the topic of mass extinctions, including sources of natural perfumery materials, were prompted by a recent discussion of rosewood essential oil on one of the perfumers’ online groups. Rosewood, Aniba roseadora, is a South American tree that has been heavily exploited in Brazil for its aromatic oil, to say nothing of the use of the wood in constructing guitar fretboards and decorative parts, although this may be a different species from the one distilled for oil.

According to Cropwatch, most of the rosewood oil has historically been purchased by local representatives of the big European fragrance manufacturing companies, who have exported more than 100 tons of rosewood oil every year since the 1980s. It’s reported that rosewood oil is a necessary component of Chanel No. 5, among other mass-produced perfumes and commercial perfume bases. Unfortunately, this exploitation of rosewood trees has led to their decline, and ultimately to their threatened extinction.

I am not proud of it, but I am the owner of two different batches of rosewood oil. One was acquired many years ago, before there was a threat to the species, and the second one was acquired before the threat became common knowledge. Even though I love the smell, I do not plan on buying any more rosewood oil, even if it were available and affordable.

Apparently rosewood oil is commonly adulterated with pure linalool, which is one of the major constituents of the oil anyway. I don’t know whether my versions are adulterated, although I suspect the newer one probably is. In any case, neither one smells like linalool, meaning that linalool by itself is not an adequate substitute for rosewood. Rosewood does have the sharp, aromatic, linalool scent as its basis, but it’s much richer and more pleasant, containing woody, citrusy and rosy-floral notes that give it a character all its own.

It’s sad to see so many amazing species exploited to the point of extinction. All I can do as a perfumer is to try to avoid using any natural materials that come from threatened species, or those that appear to be obtained by questionable means. It’s not just IRFA that’s reducing the perfumers’ palette, it’s the excesses committed by unscrupulous suppliers and users of natural materials.

[Photo of guitar with rosewood fretboard and trim from Wikimedia]
Posted by Doc Elly at 10:31 AM