CREATING PERFUMES: FROM IMAGE TO BOTTLE 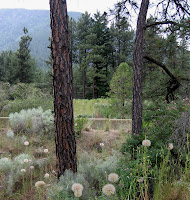 Occasionally someone asks me how I go about creating a new perfume, or there’s a discussion in one of the perfumers’ chat groups about the best way to create one. It seems there are as many ways to go about the process as there are perfumers. Some people just mess around randomly hoping for a good combination. Others go about it in a compulsive, methodical way, trying all possible combinations in different stereotyped ratios as laid out in the old-fashioned Carles method. I guess I fall somewhere in the middle of the continuum.

I don't do the equivalent of doodling or noodling hoping for inspiration. I always start out with a concept - a place, an event, an experience, a person, an odd flower, or something. The concept includes a mental "picture" of the scent that I want to create. I'll jot down a list of the notes, and often the specific materials that I think would go into creating the scent. I don't write down proportions at this point, although I have a fairly good idea of what they should be, eliminating the need to go through a zillion iterations of ratios. I really don't work top-down or bottom-up, I work on it all in parallel. At this point what I have is essentially a fairly detailed brief to myself. If I need an accord that I don't have, I'll make it first before I start formulating. This can take a while, because it too has a “picture” that I have to match.

When I start formulating the perfume itself, I often still do something that I did as a beginner. I mix the top (i.e., most volatile materials) middle (moderately volatile) and base (least volatile) separately, to the extent that this is possible. That way I get a rough sample of what will be left when the top and middle notes have faded, and what the initial impression will be right out of the bottle before much of the mid and base kick in. Of course this isn't the whole story since some base and mid note materials will contribute immediately, and some top notes will linger. I use a lot of naturals and some accords that have their own complete set of top/mid/base notes, so it's often hard to fit them in one of the standard slots. Nevertheless, this exercise helps me imagine them together with all of their components. At this point I tweak proportions, add things or decide to leave things out, and when I'm satisfied with the resulting building blocks I combine them and let them sit for a while to see how they interact, hoping the final product will be close to my initial “picture”.

A lot can happen during the honeymoon period as the materials adjust to each other. Sometimes the result is good, sometimes it's not so good. If there's something missing or in need of adjustment, I do it and let it sit again. All through the process I write things down by hand in a notebook, crossing out and modifying as I go. I know I’m a luddite in this respect, but I’ve had enough computer crashes in my lifetime to be wary of saving valuable information on a hard drive. By the end the page(s) usually look pretty messy, but when the tweaking is all over I transfer the final formula to an electronic document that I print out and save in my hard-copy formula “bible”. 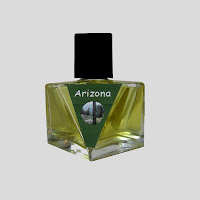 Sometimes mistakes can have lucky consequences, so I would never discard something because I had measured wrong or picked up the wrong bottle by mistake, which I’ve done a few times. Serendipity is important in every art form (and in science, too), but it seems to be especially important in perfumery. That’s why I don’t think anyone can ever make perfume in a completely rational, methodical way.
Posted by Doc Elly at 9:57 AM