A HERD OF ELEPHANTS IN THE ROOM 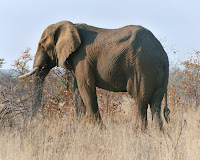 I love people who aren’t afraid to say what they think, especially when that thinking incorporates the entire spectrum of color and shades of grey, and when it represents an evolving intellectual process, recorded in writing. A couple of recent posts by Sheila Eggenberger of the Alembicated Genie perfume blog are just this kind of reading material.

One post was a long musing about the role of blogs and other social media as tastemakers in the perfume world, the disconnect between mass-market brands’ advertising strategies and the “brave new world” that has emerged though social media, the ambiguity of the terms “indie”, “niche”, and “mainstream niche” (not even mentioning terms like “artisan”), problems with perfume companies’ website design, the quicksand-laden morass of potential conflicts of interest that confront bloggers and reviewers every day, and probably some other issues that I missed. All this in one post, folks! Get it while it’s hot!

Apparently the roster of topics was indeed hot enough to ruffle some feathers, given that it was followed closely by a second post responding to comments by Andy Tauer and other perfume celebrities, which called into question the value of comments from the general public on what some would like to consider a domain that is far beyond the comprehension of those who are not members of an insider clique and/or “properly educated”.

This whole discussion has just succeeded in throwing a lot of juicy meat to the wildlife of the blogosphere. As a perfumer who is a strange mix of overeducated, effete, luddite bohemian artist and latter-day geek, with an underlying blue-collar approach to it all, I feel inspired to take on these topics one by one. Sheila mentioned the “pink elephant in the room”, but I think it’s actually a herd of elephants in all shapes and sizes from black woolly mammoths with raging tusks to the little pink tutu-wearing elephants that frolic in our most frivolous dreams, all dancing in a big circle, because they’re all interrelated.

I think I’ll go after some big game first, an elephant that’s been shot at innumerable times but always survives to make another appearance, terrorizing the villages of the self-appointed perfume experts and spiriting away their children. It’s the ongoing black-and-white question of whether social media provide any useful information about perfume, or more realistically, the grey question of the extent to which they do so.

I’m not sure why this is such a controversial issue. As with any other medium, there’s a certain amount of useful information mixed in with the noise. The same could be said for old-fashioned print media (think “beauty” and “fashion” hard-copy magazines!) old-fashioned radio and television (think Fox news!), real-life conversations held at a quiet coffee shop or a noisy bar, and any other imaginable form of human discourse. Social media just take all of these 20th century forms of communication and make them available to a far wider audience than we old-timers could ever have imagined back in our student days. As always, we have to be able to separate the treasure from the trash, the fact from the fiction, and decide how we want to allocate our time and attention. 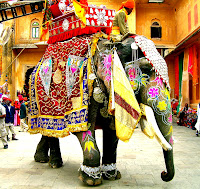 In my opinion, no one can say with certainty what information is useful, entertaining, or valuable to others. One person’s trash is another’s treasure. I have to admit that I sometimes get a little annoyed by the ubiquitous and seemingly gratuitous posting of artsy visual stuff related to perfume. I have my own private visuals that go with odors and perfumes, so anything else seems superfluous and distracting. However, I recognize that many (maybe most?) people enjoy matching pre-existing, explicit visual images with perfumes, and seeing what images others come up with. Just because I don’t need pictures of dancing satyrs, Mediterranean landscapes, a bowl of fruit, a half-nude woman engaging in an orgasm-like experience while covered with flowers, a hunky man driving a tractor, or a steamy jungle path, doesn’t mean that other people don’t find these images a valuable complement to the experience of enjoying perfume. Maybe I’m the one who’s lacking in appreciation for the art of linking multiple images to a perfume.

Because of the conflict of interest issue, those who know the most about the technical end of perfumery, the perfumers themselves, are the least likely to write reviews. After all who wants to set themselves up to be accused of taking pot shots at colleagues or unfairly promoting a colleague? I believe in supporting other indie perfumers, but no longer do so through reviews of their creations. Most perfume blog reviews are written by hyper-educated consumers, i.e., serious perfumistas,  who would be expected to have something intelligent to say about the fragrances that they test, both from the technical and the aesthetic standpoint. As Sheila pointed out, though, some may be hesitant to review anything that they don’t like, in keeping with the old saying, “If you can’t say something good, don’t say anything at all”. This works only to the extent that all good perfumes eventually make it to the review stage, and it’s quite likely that many don’t. Just because something hasn’t been reviewed on the established, high-profile blogs doesn’t necessarily mean that it’s not worth trying, or that the consumer will like everything that’s been reviewed there.

Public sites like Makeup Alley and Fragrantica may be a useful source of negative information that could prevent bad blind buys, since many of the comments there are by consumers who have no specialized knowledge beyond knowing whether they like a perfume or not. In fact, many of these “lay” writers are quite good at explaining why they like or dislike a fragrance, and do not feel any obligation to toe a party line for fear of being derided for their lack of discernment and taste. There’s something for everybody in the electronic review universe. Sure, there are junk reviews, but it may be worth sifting through them to find the information that’s relevant to you whether you’re a newbie looking for a mild and conventional celebrity scent or a wealthy and jaded collector looking for the latest exclusive oddity. The internet has a way of splatting it all out there for us to pick over, eventually finding our own favorite neighborhood dumpsters and the detritus-strewn beaches that wash up the occasional chunk of ambergris.

As for tweeting, it’s not meant to be profound. It’s a way of alerting people that there’s something out there that they might find interesting. Sure, we could all try to compose the perfect haiku tweet, but why? It's just the phone ringing, not the conversation. Facebook has simply extended the café and bar conversations across the world to include those who would never otherwise meet. Do you really expect every word of cafe and bar conversations to be profound, or even interesting? If you don’t enjoy it or get something out of it, you don’t have to participate. Others will carry on, if it engages them. 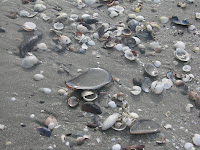 Maybe the next development will be curated collections of tweets, facebook material, and blog posts, all made to order for a narrow, select audience, probably chosen by a software program, not a person, the Pandora of perfume-related writing. I suspect that this sort of thing does go on to some extent, through the work of actual people for the time being, with or without authors’ permission (another elephant in the room!). There's a certain amount of cross-referencing in bloggers’ “blog lists”, “interesting links” lists, and such. However, nothing can quite take the place of a random walk through an unfamiliar city, or a beachcombing excursion after a storm to turn up the unexpected treasure.

[All photos from Wikimedia]
Posted by Doc Elly at 1:41 PM